Over the river and through the woods, to a vampire’s lair we go.…

Paul and Taviano approach their first Thanksgiving, happy together but wary. Paul frets he’ll one day die and leave Taviano alone, but the demon that shares Taviano’s body won’t even consider turning Paul into a vampire. On top of that, Paul is coming up on the third anniversary of the day his parents kicked him out for being gay. He’s planning a Friendsgiving to distract himself but, wouldn’t you know it, he gets kidnapped first by an unknown vampire.

Taviano frantically searches for his beloved human with the help of some unexpected allies: A newly-turned college student and a vampire doctor who works the graveyard shift at a hospital. Meanwhile, Paul is taunted by a creepy-ass vampire in a terrible track suit who hints he’s important to her mysterious plan. Oh, and the guy who kidnapped him in the first place? Spoiler alert: it’s Bronislav, the Russian vamp who turned Taviano over 170 years ago. What the hell is going on, and what is “the alchemist’s riddle” his captors keep nattering about?

The answer to those questions could change everything Paul and Taviano thought they knew about their love and their future together. Fated mates, a huge age gap (like, 150 years), ancient myths, a found family, a bit of gore — that’s what a holiday should be, right?

Fangsgiving is the second novella in the gay romance trilogy HOLIDAYS SUCK! that began with Vampire Claus. This book can stand alone but is better as part of the ongoing story of Paul and Taviano. It features a heartwarming, happy-for-now ending for a vampire, a young man with a surprising family tree, and the weirdest gathering for a Friendsgiving the world has ever seen. 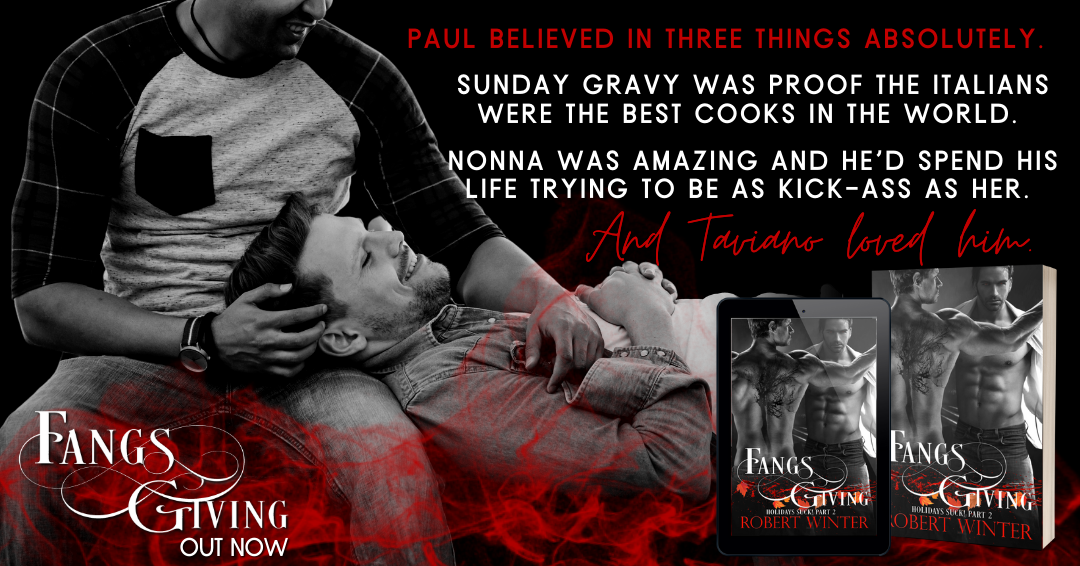 Paul swung his heels as he perched on a mahogany table, eager for the moment his boyfriend opened the door to the crypt. The steel slab mocked him with its bulk. So heavy that it would take at least ten humans to pull it open, it was further secured by the thick bar within that held it shut. The vampire who had originally built the home and crypt over one hundred years earlier had been pretty paranoid, Paul figured, to construct such a safe room for himself. “C’mon,” he muttered, glancing again at his wristwatch. The elegant hands of his Piaget indicated it was four twenty. Sundown was supposed to be at four twenty-seven that day; he’d checked. All summer, it had been torture waiting for Taviano, when the sun refused to set before eight-thirty at night. Then he’d lose their morning together because Taviano had to be back in his lair at the asscrack of dawn. Now, in November, after the clocks were reset, he could have so much more time with his Tall-Dark-and-Fanged man, with the nights growing still longer for a while. And Paul was greedy for every moment. He pulled from his jeans pocket a mini candy bar left over from the Halloween party they’d hosted for the neighbors weeks ago. Biting into the slightly stale chocolatey goodness, he chewed thoughtfully. It rankled that, although they had been together for more than ten months, Taviano still would not permit Paul to sleep with him in the secured, windowless vault where he spent the day. “But babe,” Paul had tried, “your demon-thingy likes me even though it doesn’t want to make me a vamp. It wouldn’t eat me.” “We can’t be sure of that,” Taviano had answered in that low, sexy baritone, his Italian accent making Paul squirm. “We have been very lucky, yes. The demon that shares this body is aware of how important you are to me. Yet who knows what might happen while I sleep? I could crush you accidentally, or even bite you if my sleeping mind perceives you as a threat.” At the thought of being bitten, Paul shivered. Yet another thing Taviano had denied him so far. No matter how much he moaned and pleaded in moments of passion, Taviano wouldn’t drink blood from him. It would be super hot, Paul was certain, to feel those needle-sharp fangs pierce his neck just as he was ready to come. Imagining the sensation, he had to shift as his cock stiffened in his tight jeans. Well, he’d just keep at it until he wore Taviano down.

To celebrate the release of Fangsgiving, Robert is giving away 3 x $10 Amazon Vouchers! 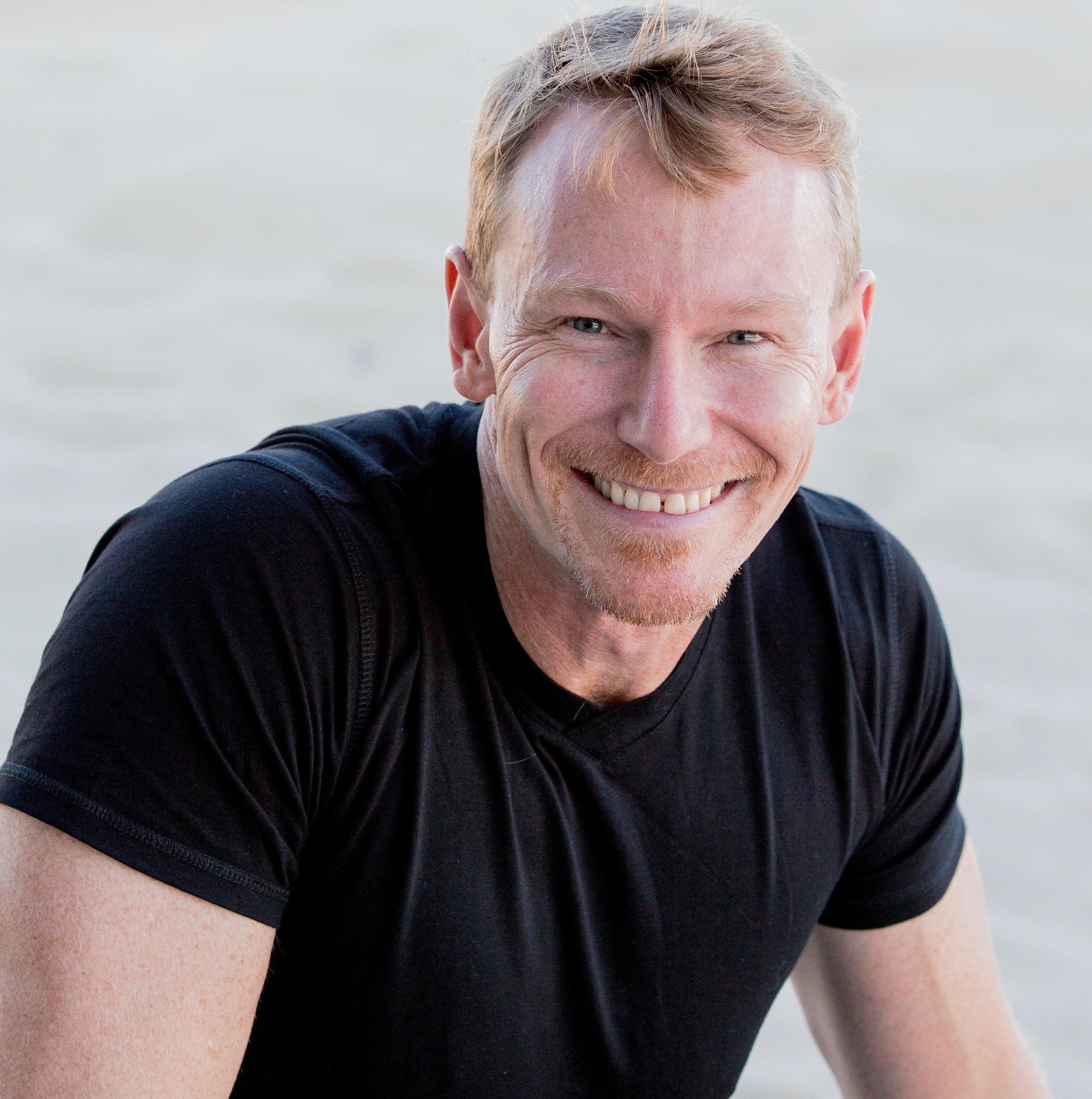 Robert Winter lives and writes in Provincetown. He is a recovering lawyer who prefers writing about hot men in love much more than drafting a legal brief. He left behind the (allegedly) glamorous world of an international law firm to sit in his home office and dream up ways to torment his characters until they realize they are perfect for each other.