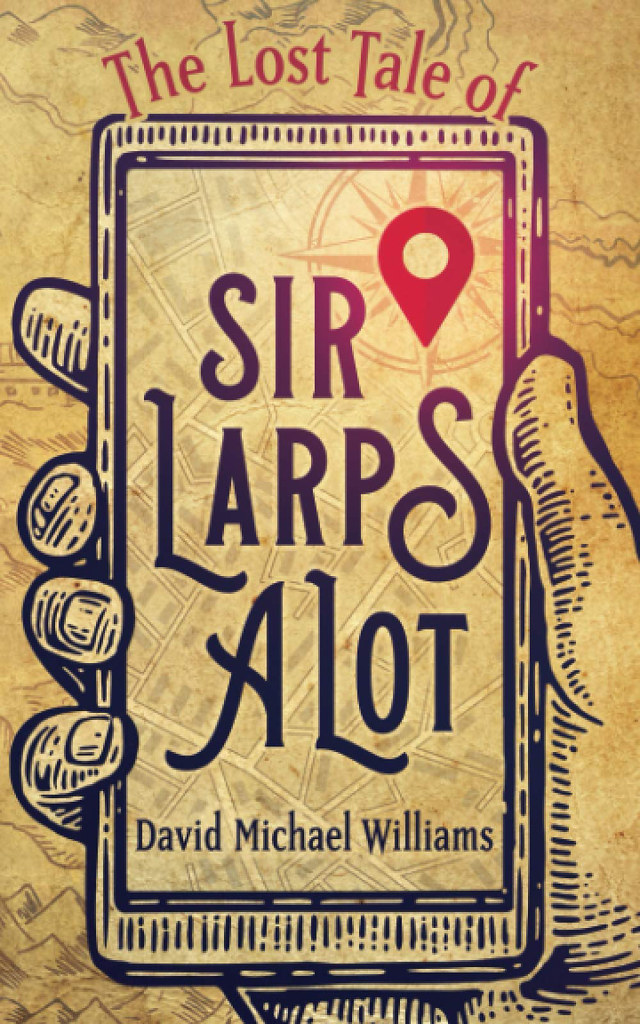 As the first day of high school creeps closer, five friends agree to one last LARP* before splitting the party and ending their geeky game forever. But the real adventure is just beginning… Mistaking the teens’ costumed characters for actual warriors, a sorceress summons Sir Larpsalot, Elvish Presley, Brutus the Bullheaded, Master Prospero, and Tom Foolery to her world to complete an impossible quest. To succeed, they must become the heroes they only ever pretended to be. And if they can’t find a way to win, it’s GAME OVER for real!

Long-time readers will be aware that I’m a fan of David Michael Williams’s work. His dreampunk trilogy, If Souls Can Sleep, If Sin Dwells Deep, and If Dreams Can Die have an average rating of 4.6 out of 5 on this site. This is a very different type of novel though, moving away from the serious nature of The Soul Sleep Cycle, and instead diving into a more light-hearted tone. I’m happy to say that change alters the qualities of the book rather than altering the quality.

The book is very self-aware and in a good way. It plays into common tropes from the overarching fantasy genre and makes no apology for doing so. In fact, that it does is heavily entangled with the story. Each chapter also comes with a definition of something related to the character’s current situation, giving readers a good idea of what things like LARP (live-action roleplay) and portal fantasies actually are. That does make the themes more accessible, but I would say that you don’t necessarily need the information to enjoy what we have here.

The characters are all LARPers that are reaching a crossroad in their lives, and when their story becomes real, they react in the way you’d expect: they bicker, they stumble, and eventually, they build themselves up. They’re all likable in different ways, but my favourites were the titular Larpsalot and the hockey stick wielding Brutus. Nobody feels underutilised in the story though, so they all get appropriate moments in the spotlight.

The tone of the story is mostly light-hearted. There are plenty of little nods to different common story beats and mentions for familiar books to spot. The humour is strong, and the battles feel suitably like fish-out-of-water moments for the heroes. Then, it all builds up to the expected conclusion. That’s part of the joy here though. Yes, you will spot what’s going to happen as you go along, but it feels satisfying when you do.

Overall, I thought this was an entertaining, fun, quick read. It’s perfect for roleplay and fantasy fans who don’t take themselves too seriously and deserves a solid 4.5 out of 5.