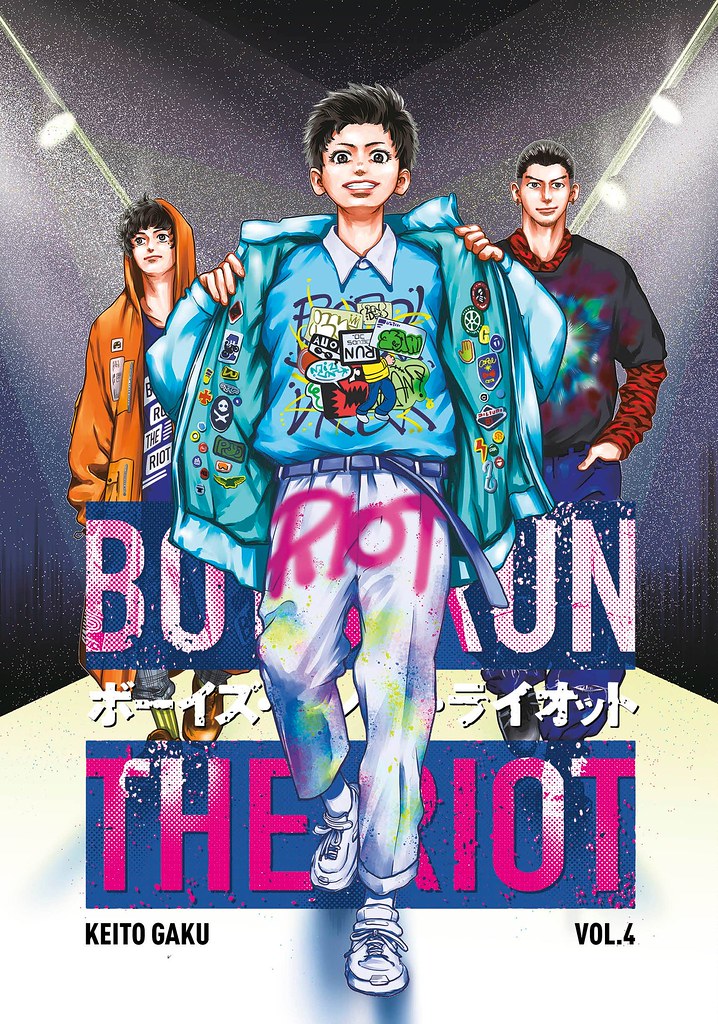 A transgender teen named Ryo finds an escape from the expectations and anxieties of his daily life in the world of street fashion. This personal, heartfelt, fictional story from a transgender manga creator made waves in Japan and will inspire readers all over the world! High schooler Ryo knows he’s transgender. But he doesn’t have anyone to confide in about the confusion he feels. He can’t tell his best friend, who he’s secretly got a crush on, and he can’t tell his mom, who’s constantly asking why Ryo is always “dressing like a boy.” He certainly can’t tell Jin, the new transfer student who looks like just another bully. The only time Ryo feels at ease is when he’s wearing his favorite clothes. Then, and only then, the world melts away, and he can be his true self. One day, while out shopping, Ryo sees an unexpected sight: Jin. The kid who looked so tough in class is shopping for the same clothes that Ryo loves. And Jin offers Ryo a proposal: to start their own brand and create apparel to help everyone feel comfortable in their skin. At last, Ryo has someone he can open up to–and the journey ahead might finally give him a way to express himself to everyone else.

This final volume of Boys Run The Riot was, really, the best possible way to finish the series. This largely comes down to how the main trio deals with the events of the release.

They start out acknowledging how much fun it is to work together, which is a great step forward for all of them. All three have had moments of feeling isolated throughout the story and seeing them bonding over their business venture was a real joy.

At the heart of it all, the titular clothing brand offers plenty of moments for the team to grow too. We get to meet Jin’s Dad and have the teen show him how serious he is about this. He wasn’t the only new character to be introduced either. Jono, who was running his own brand, took the team under his wing and gave a chance to show their work to another audience.

Meanwhile, Ryo finally comes out to his family. Interestingly, though he initially lashes out, it’s his brother that stands firm with him after Ryo speaks to his parents.  It was a shame we didn’t get a real conclusion to Ryo having feelings for his friend, but that was a minor quibble. The ending to the story was a heartwarming, relaxed moment that laid things bare and left us with a hopeful final scene.

As a bonus, the book also comes with Keito Gaku’s standalone story, Light, which was the basis for what eventually became Boys Run The Riot. This is one that you really need to be prepared for. The story is excellent, but it is really harsh. The bullying is more overt in this short. It’s a harsh, but sadly true to life tale. The art is not on par with the main series, but it is still decent.

Overall, I give this the full 5 out of 5. This is an important story, and this final release gives you everything you could want from the story. Seriously, if you have any interest in reading about life as a trans male, grab the series!