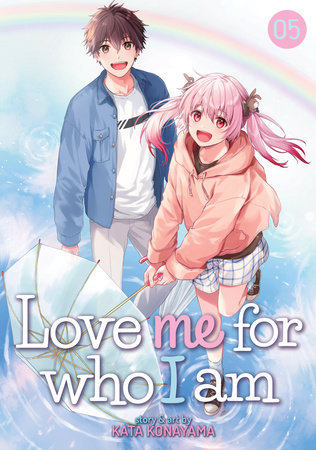 Love Me For Who I Am Volume 5

After a harrowing night with their sister and a trip to the hospital, Mogumo tells Tetsu about their past. Between their long struggle with gender dysphoria, the pain of an unsupportive family, and their desperate act of self-harm, life has been far from easy for them. Despite the friction with their family, however, Mogumo decides to reach out for reconciliation. What will happen when they see their parents again?

And so, we reach the end of Love Me For Who I Am. In terms of the art, this is as good as ever. Kata Konoyama has done a great job with bringing these characters to life, thanks in part to the combination of exaggerated expressions and scene-appropriate posing. The detail work is also very good, especially when it comes to the various outfits the cast where and the facial expressions on the more serious scenes. Bot the front and back covers feature excellent colour pieces too that give away where the story is going to end up tonally.

Now the story itself is shifted entirely to Mogumo for this volume. The cliff-hanger ending of the last volume is slightly walked back at the start which surprised me. It does jump straight back into the more serious tone straight after though, giving us an extended flashback at how Mogumo felt growing up and how their parents responded to their gender expression.

This is all used to build up the inevitable showdown with their parents, and in particular, their father. The interesting thing here is that we aren’t presented with things purely from our protagonist’s viewpoint. Mogumo’s father really does hold some terrible views when we meet him, and there’s no doubt that he’s framed as the antagonist here. However, we do also get an insight into his mindset and how he ended up at the point he is. I appreciated that, even then, his views are portrayed as wrong. Yes, you can see why he feels the way he does, but he is clearly a source of destruction as a result.

As you expect – and in my case, hoped – we do get a happy ending too. Some praise is deserved here because while Mogumo’s father’s turnaround in attitude is rather quick, it is clear from the scenes that follow that he isn’t entirely changed. He is uncertain of things, but he’s more willing to learn now. It makes it seem like his negative views were never really built on strong foundations, and that it would never take much to set him towards the right path.

Overall, this was a strong end to a great series. Seeing non-binary characters represented positively is a wonderful thing, and the message here was clear: you may not understand people’s identities, but you should take the time to learn. While it’s true that some things moved a little quickly in this volume compared to the others, it still felt complete, so I can’t complain too much. Love Me For I Am is well worth reading, and thing final volume gets a strong 4 out of 5 from me.

One thought on “Love Me For Who I Am Volume 5”