Themes: Coming back home, finding where you belong

It is a standalone story. 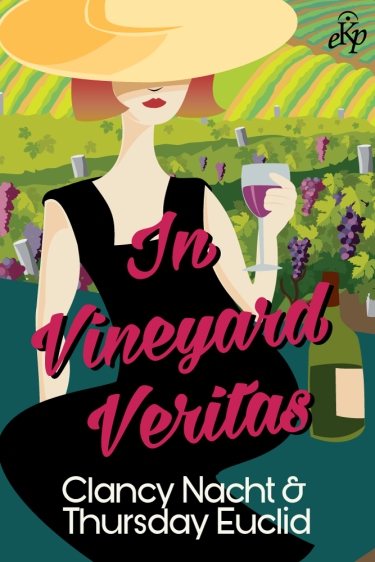 In wine, truth. In vineyard… mystery.

Local police summon retired CTO Geraldine Thorn from her Austin lake house to Kitsch, Texas, the small town where she grew up, when her beloved Aunt Tilda is found dead at her vineyard home, presumably from a slip in the bath. Upon arrival, Gerry discovers Tilda’s eclectic group of friends—including a much, much younger lover—and rivals. When they realize Tilda’s slip wasn’t an accident, Gerry enlists the help of a handsome Texas Ranger with secrets of his own.

“Howdy. Ms. Geraldine Thorn? This is Sgt. Hale Alexander with the Texas Ranger Division Company F.” Hale’s voice was a pleasantly raspy tenor with a thick East Texas drawl. “The Arguello County PD requested my assistance with a mysterious death. A Lt. Klaus gave me this number. He said, and I quote, ‘May you have the joy of her,’ and washed his hands of this affair. Don’t think you’ve got a fan, ma’am.”

“I’m friendlier when I’m not upset about my aunt dying.” Gerry felt a pang of frustration, but she appreciated that this guy sounded like he’d be reasonable. “I appreciate you looking into this. Things aren’t adding up.”

“Well, ma’am, this is highly irregular, involving the Rangers in this kind of thing, but I’m on my way to Kitsch now from Waco, and we’ll see what there is to see. The autopsy report had some discrepancies, so your gut may hold true. Don’t go quotin’ me on that, all right?” Hale cussed under his breath, and the sound of a car horn interrupted their conversation.

Sounding calmer, he resumed, “Anyhow, I’m gonna have to view the body before she’s laid to rest, if that’s all right with you, ma’am. I understand you’re gonna wanna get closure, put her in the ground soon’s you can, but this is important.”

“Of course. I just came from the funeral home, I can let them know to hold off picking her up.” She paused and looked up and down the street. “Is there any way I could join you? I just want to… I think if I saw her with my own eyes it would help me wrap my head around what happened.”

Discrepancies. That sounded… positive? Not exactly that, but it was nice to hear that she wasn’t totally losing it. “If she’d had too much wine and slipped in the tub— that would make sense, but opioids? I just… and there’s a young man, and… there are things that don’t add up. I want to do right by my aunt.”

“That’s admirable, ma’am. But are you sure you wanna see your aunt in that state? She’s been autopsied, and she’ll be nekkid as a jaybird on that slab. It’s gonna stay with you.” Hale didn’t shoot her down, which was something. If anything, he sounded supportive. There was a steadying warmth in his tone even over the phone.

“She wouldn’t like my delicate sensibilities getting in the way of finding out what happened if someone did this to her.” Seeing Tilda’s body wasn’t something she was looking forward to, but she needed to know. “I’ll be all right.”

“All right then, ma’am. Text me your address to this number, and I’ll swing ’round and nab you. You’re not gonna wanna drive after. I’m an hour out.” Hale’s drawl was comforting. While Gerry wasn’t really a small-town girl, she had a feeling Hale’s good ole boy persona would play well in Kitsch, and no one was going to turn away a Ranger’s inquiries.

“I’m already downtown. I can…” She looked around and then shrugged to head to her car. “I’ll just go home, and text you the address. It’s on a vineyard, so it’s a little out of town, but I imagine an investigator shouldn’t have too hard a time finding it. Thanks.”

They published their first co-written novel, the m/m rock star romance Black Gold, in 2010, and now have over a decade of award-winning collaborations under their exquisite belts. Recent titles include the twisted romance His Fake Prison Daddy and the Phisher King series, in which an uptight federal agent and a bratty hacker go from enemies to lovers while solving a hate crime. 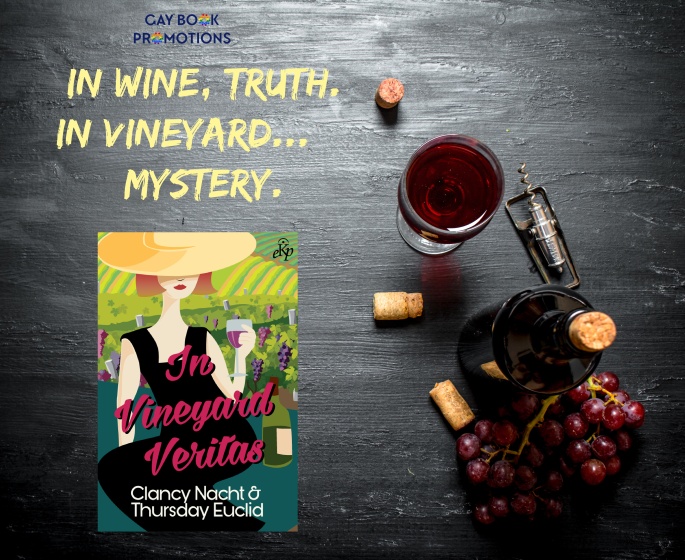