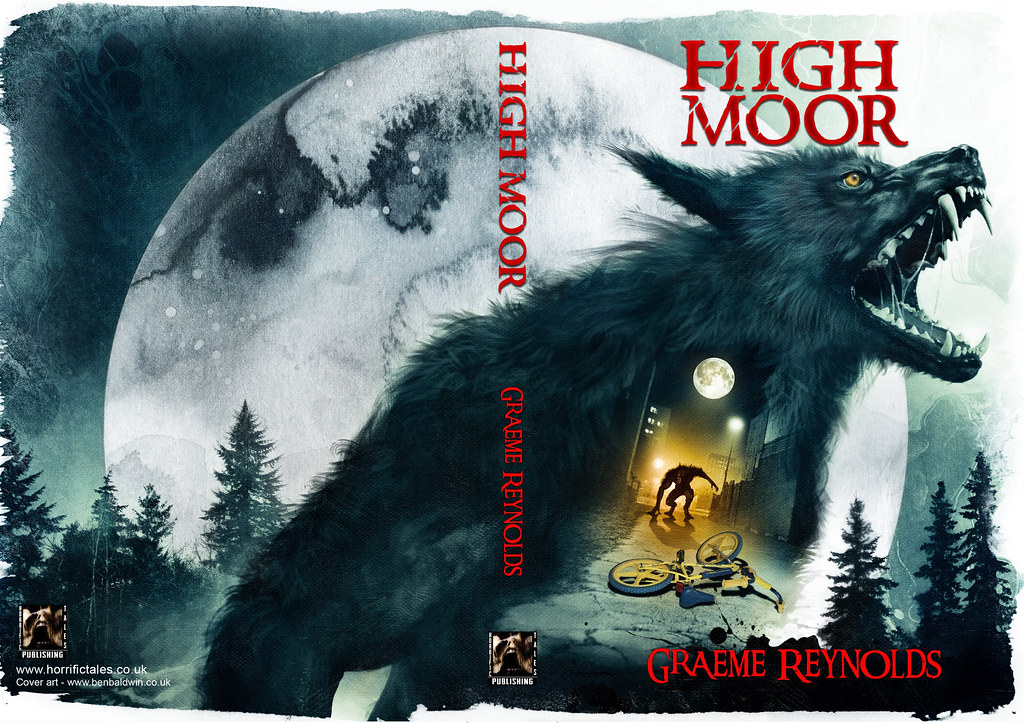 When John Simpson hears of a bizarre animal attack in his old home town of High Moor, it stirs memories of a long forgotten horror. John knows the truth. A werewolf stalks the town once more, and on the night of the next full moon, the killing will begin again. He should know. He survived a werewolf attack in 1986, during the worst year of his life.

It’s 1986 and the town is gripped in terror after the mutilated corpse of a young boy is found in the woods. When Sergeant Steven Wilkinson begins an investigation, with the help of a specialist hunter, he soon realises that this is no ordinary animal attack. Werewolves are real, and the trail of bodies is just beginning, with young John and his friends smack in the middle of it.

Twenty years later, John returns to High Moor. The latest attack involved one of his childhood enemies, but there’s more going on than meets the eye. The consequences of his past actions, the reappearance of an old flame and a dying man who will either save or damn him are the least of his problems. The night of the full moon is approaching and time is running out.

But how can he hope to stop a werewolf, when every full moon he transforms into a bloodthirsty monster himself?

I want to start this review by mentioning the cover. Ben Baldwin has created what is probably one of my favourite book covers ever here. I love, old-school illustrated piece, and this does a great job of capturing the feel of the book. It’s impossible to look at this piece and not get the two most important pieces of information from it: one, it’s a werewolf book, and two, it’s horror, not paranormal romance. Beautifully done.

Now, onto the book itself. I picked this title up because I was specifically looking for werewolf horror. Don’t get me wrong, I love Urban Fantasy, but I was specifically looking for something scary here. In that regard, the book does not disappoint. This isn’t a tale of heroic shifters. Even the good guys– both literal and those who would paint themselves as such – are far from what you’d find in the works of Kelley Armstrong and Patricia Briggs, for example.

Part of what that means is the book is violent. Like, really, graphically violent. If you like your werewolves brutal, that is on show in full force here, with some truly disturbing kills.. Best of all, Graeme does a great job of balancing the descriptives in those scenes. They tell you everything you need to know, but he doesn’t fall into the trap of getting too wrapped up in adding more words than are needed. They don’t go on any longer than is needed. The result is the bloody moments essentially hit you square in the face and then step back, waiting for the right time to snap off another shot.

The characters themselves mostly fall into shades of grey. There are some very clear villains, but the good guys all have moments and traits that make them less clean-cut, even if it’s just actions that make you think, ‘bloody kids’, during the flashback arc. It’s done in a way that feels very authentic, though. Again, Graeme does a great job here in showing restraint, allowing the characters to be what they need to be rather than straying into caricature territory. I will say too that, with a handful of exceptions, the core cast is very British. The language, the attitudes, and the setting make it very clear where the book is set. If you grew up in the UK in the ’80s too, you’ll recognise a lot of little things that pop up.

In terms of the main story, this was exactly what I was looking for. We get a lot of the old-school curse elements to werewolves, complete with all that entails. At the same time, the more common (these days) approach to werewolves and their culture is also present but placed in a context that works well alongside the other elements. There are plenty of twists that you may well see coming a long way off, but they play out so earnestly that it really doesn’t matter. They make sense within the tale, and that is really all that matters.

Now, if I’m going to criticise anything, I would say that some of the language isn’t going to sit well with some. If you don’t like things to feel British, you’ll struggle. The characters certainly use some words that won’t fly now during the ’80s arc, though not so much in the arc set in more modern times. If you’re from the South in the UK and you don’t like people up North or in the Midlands viewing Southerners in a less than stellar light, there’s one scene that you may not like late on too. From a personal standpoint, I do think that this needs to be taken in context. The past arc plays out like it would have in the timeframe, and the language progresses a little in the more modern scenes. Being from the South East, I also saw the humour in the aforementioned scene. It’s good to laugh at yourself sometimes, after all.

Overall, I’m going to summarise the book thus: If you want a very British werewolf tale that is undoubtedly horror, and undeniably brutal, this is the book you need. It’s that simple. This is an easy 5 out of 5 for me, and I can’t wait to read the second and third parts of the trilogy.