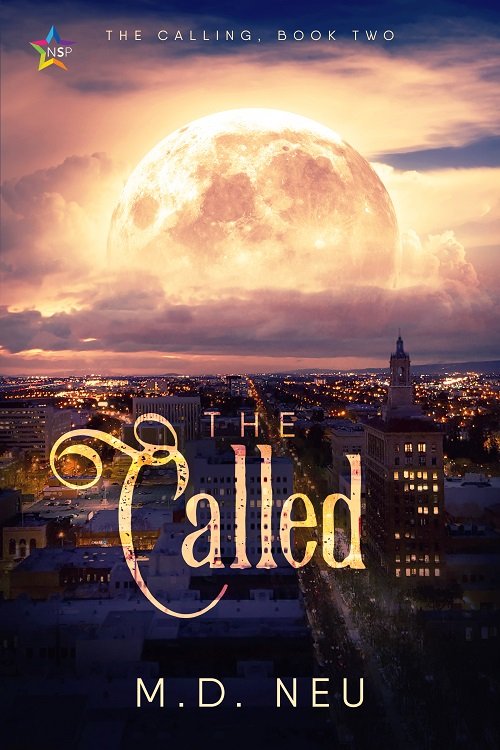 The world is changing quickly for Chris now that he’s part of the Immortal Community. With the events of his past finally behind him, he’s still having visions and true magic is gradually taking hold in the world. Chris is still new and has no real standing in the Immortal Community, but he is learning that nothing is what he thought.

Old enemies must work together and longtime friends may not be trustworthy. With Juliet, Amanda, and Kirtus by his side, they have to prevent the immortal and witch community from being exposed.

New friendships are made, and longtime alliances are called into question. How will The Called defeat these latest threats, and what does it mean for the world?

I scored MD Neu’s The Calling 4 out of 5, so was very much looking forward to this sequel. The interesting thing is, though it changed the balance that I loved in said first book, I thought this was actually a better release, overall.

To elaborate on that, I thought The Calling did a great job in balancing out the scary and alluring side of the vampires. In The Called, there definitely feels like there’s more of a leaning towards the romance. While that’s something that would normally mean the book moves away from being what I was hoping for, this bolstered the move with enough lore to keep it in a comfortable zone for me.

That lore is definitely a standout element too. We get to see snippets of vampire culture that have, in-story, been around for a long time. We also get to see them start to adapt in the aftermath of the finale to book one. Seeing the effects of true magic and the rise of a group of werewolves through the eyes of the vampires was wonderful because it allowed us to experience these changes from the standpoint of creatures that are a little magical themselves.

Chris remains a decent lead, with his viewing himself as nothing special contrasting his genuinely special abilities. Being a seer makes him ‘rare’, after all. Best of all, his visions aren’t overdone. Even as he learns to control this gift more and more, it doesn’t become a deus ex machina. It’s useful, but it’s not a quick fix to the problems the vampires face. In some ways, it’s more of an early warning system.

Meanwhile, Chris’s lover Kirtus is thrust into a larger role this time around, and this forces him to show his more brutal side. He’s not the only one either, with a couple of scenes reminding us that we are still dealing with monsters here, no matter how cultured.

There’s plenty of focus on scent this time around, which was a nice addition to the way the world works. Little touches like how something as mundane as a person’s natural smell comes into play for the vampires really do illustrate how much thought was put into this as a whole. As with the previous book, if you want monstrous vampires with little humanity, this won’t be for you, though. Some of the vampires are certainly cruel, manipulative, and merciless, but there’s more of a focus on their motivations and general personality than those traits.

Overall, this was a fun, easy read. It manages to offer plenty of familiarity for those who enjoyed book one while using the events therein as a catalyst to offer something new too. This is a clear 4.5 out of 5 for me.