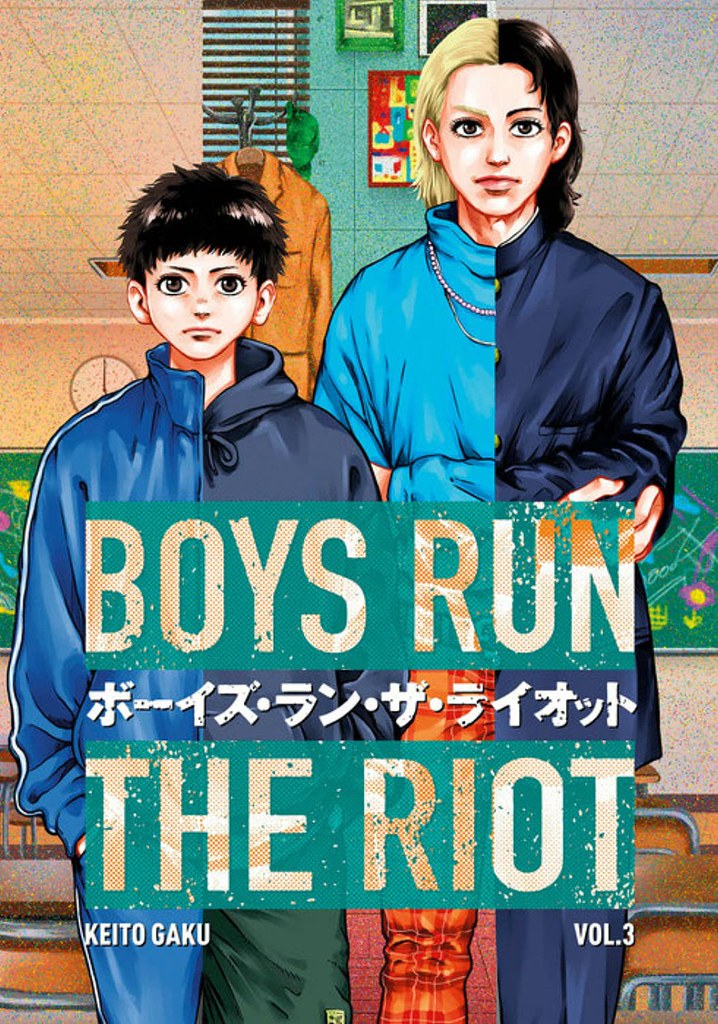 Sales for Boys Run the Riot skyrocket when the famous LGBTQ YouTuber WING introduces the brand to their fans… but in the process, also outs Ryo as transgender to the whole world! With his secret now out in the open, Ryo is left to face the confusion of his classmates — most of all from his best friend and crush, Chika — and finds that the regret of staying silent is sometimes worse than the silence itself. Meanwhile, WING has a secret of their own that will soon come back to bite them and stir up an internet mob…

This volume picked up right where we left off with volume 2, with Ryo dealing with the shock of being outed on a YouTube video by a popular LGBTQ+ content creator. Now, this has two effects for Ryo. The initial response is that sales go through the roof for the fledgling clothing brand. Despite this, Ryo is understandably nervous and is immediately thrust into facing the public response to their being out at school. This was really well done because it felt like a very genuine representation of what tends to happen these days: the reaction was mixed. A lot of people were supportive, some were supportive but started asking inappropriate questions, others were more negative about the whole thing.

This came back to the theme of which toilet or changing room a Transgender person should use again, and some people felt very uncomfortable around Ryo as a result. Ryo does have some allies here though, even outside his business partners. In particular, I was happy to see a teacher coming to his defense. Most of all though, it was really heartening to see Ryo stand up for himself when the bullying seems to start.

The second half of the volume actually dealt more with the YouTube Wing. They have a decent little arc here, as they’ve been lying about a few things to keep up their public image. That coming to light actually forces them to face up to a few things and be a little more honest, most importantly, with themselves.  The result of it all sees Boys Run the Riot doing a little damage to their own brand, but in the spirit of supporting Wing on their voyage of self-discovery.

This was another great release in terms of art. The whole thing has been consistent so far, and it all fits wonderfully with the scenes playing out. There are no moments that feel off visually, and I really can’t praise that enough. Most importantly though, the writing is so authentic. It’s heartbreaking at times, and you really want to see Ryo reach a point where he can just feel comfortable being himself. Between that and the wider queer representation we’re getting here, this is another 5 out of 5 for me.