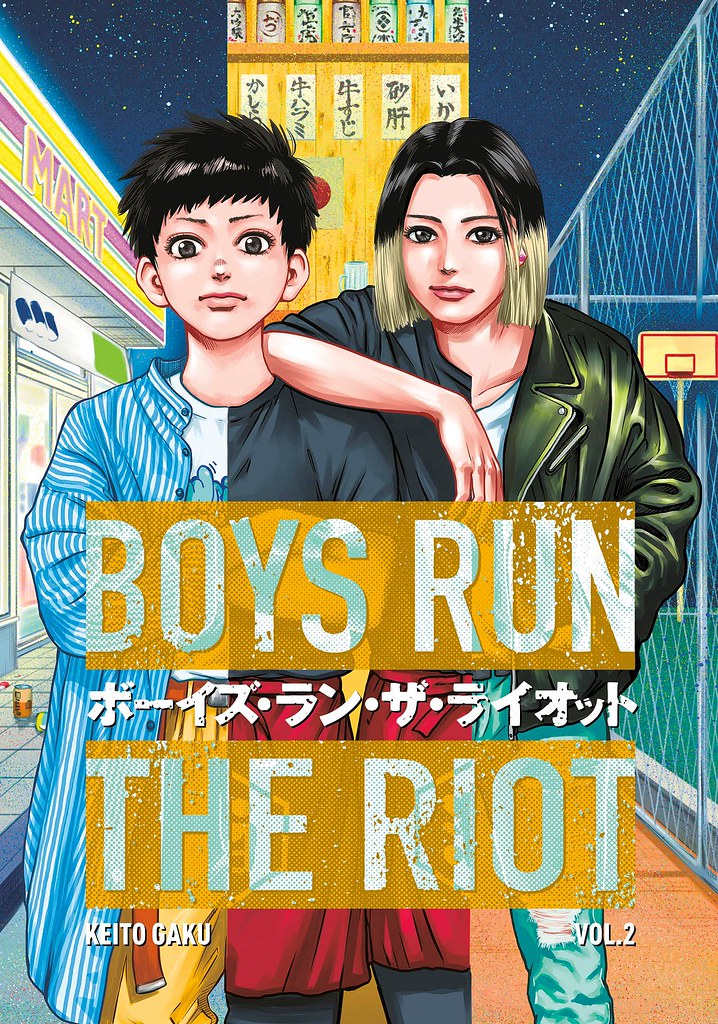 A transgender teen named Ryuu finds an escape from the expectations and anxieties of his daily life in the world of street fashion. This personal, heartfelt, fictional story from a transgender manga creator made waves in Japan and will inspire readers all over the world! High schooler Ryuu knows he’s transgender. But he doesn’t have anyone to confide in about the confusion he feels. He can’t tell his best friend, who he’s secretly got a crush on, and he can’t tell his mom, who’s constantly asking why Ryuu is always “dressing like a boy.” He certainly can’t tell Jin, the new transfer student who looks like just another bully. The only time Ryuu feels at ease is when he’s wearing his favorite clothes. Then, and only then, the world melts away, and he can be his true self. One day, while out shopping, Ryuu sees an unexpected sight: Jin. The kid who looked so tough in class is shopping for the same clothes that Ryuu loves. And Jin offers Ryuu a proposal: to start their own brand and create apparel to help everyone feel comfortable in their skin. At last, Ryuu has someone he can open up to–and the journey ahead might finally give him a way to express himself to everyone else.

With volume 1 scoring a full 5 out of 5 from me, I was, of course, going to pick up volume 2 of this series too. Ryo is going through the wringer early on, too. A failed attempt at getting their brand in a shop launches our intrepid trio down the road of looking for jobs to help pay for the running costs of Boys Run The Riot. Ryo comes out to a prospective employer here, and the response was…mixed. The main issue was that Ryo wanted to be treated entirely as male, but the owner didn’t want him in the men’s locker rooms, as it would potentially cause issues for him. That is, sadly, a point that causes a lot of conflict for trans people, and as was shown here, it’s not something that looks like it’ll get solved any time soon.

Ryo moves on to his next attempt at work, accepting that he’ll just have to work as a woman for now. This does kickstart a little bit of change for the boy though, as he soon befriends a co-worker named Mizuki who picks up on him being male quite quickly. Ryo does feel nervous about that, outright telling Jin that he’s still the only one he can too at one point, but things play out differently than Ryo was expecting. His male co-workers invite him and Mizuki out for a night with the intention of hitting on them. The subsequent rejections cause some bad blood at work, and Ryo ends up taking off.

That’s where things get a little wild for Ryo. In terms of the work storyline, he does end up coming out to Mizuki, and they have a brief discussion that basically makes it clear that people often equate gender and orientation, and the confusion that causes when you’re still discovering yourself. By the end of the conversation though, it becomes clear that Ryo really does ‘have a penis in his soul’ as Mizuki put it.

This all leads to Ryo coming out to the boy that hit on him. The whole thing was such fun to read because you could see how emboldened Ryo was when dealing with things at his own pace. Unfortunately, we also got to see the beginnings of when things are forced. Jin managed to get the brand a collab video with a popular LGBTQ YouTuber named Wing, and the first thing Wing does in the video is out Ryo to everyone without his consent.

While the first volume gave us a good introduction to all three of the main characters, this one was definitely more focused on Ryo himself. This switch-up serves the book well though because it allowed the author to address a number of things. First of all, you often hear people asking why LGBTQ people have to come out all the time, and they often pass it all off as queer people being attention-seeking. Well, this is why. Ryo’s issues both with treatment at work and with being hit on make it a necessity. We’re also dealing with the difference between someone coming out and someone being outed. One is empowering, the other is terrifying, and this is illustrated perfectly by Ryo’s facial expressions. This is another easy 5 out of 5  for me. From the way it deals with some important, but difficult issues to the likability of the cast, this is wonderful.