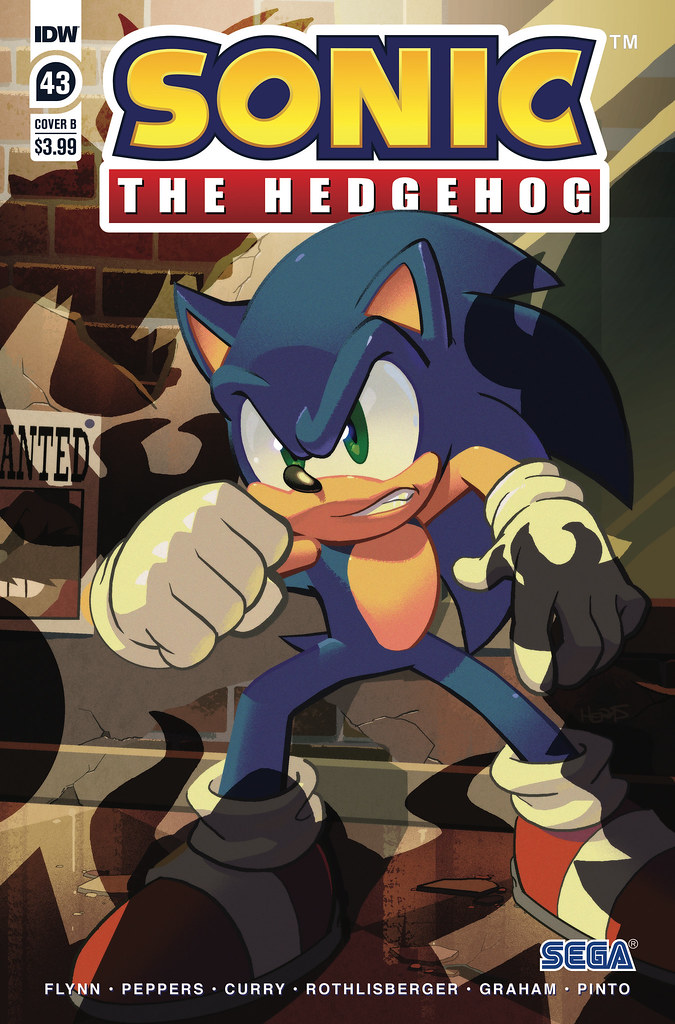 SONIC THE HEDGEHOG VS. SIX DEADLY ZETI! Who will win the battle?! Find out in the action-packed “Zeti Hunt,” part three! It’s all hands on deck as Sonic and friends struggle to defend the newly rebuilt Restoration HQ from the Deadly Six.

The art this month was interesting. Jamal covered pages 1 to 10, Bracardi 11 to 15, and Thomas 16 to 20. Jamal and Bracardi’s work actually felt very consistent to the point that I didn’t notice there was a switch of artist. With Thomas’s pages, it does become a little more obvious. None of them do a bad job, but the change was a little jarring, I will admit.

As to the story, there isn’t too much to cover this month. This was basically an issue long battle between Sonic and the Deadly Six, with the Blue Blur getting a few assists from Tangle, Whisper, and Tails. We got some Zeti verbal shenanigans, the heroes in peril, and an ending designed to set up where things are going next. In that regard, the issue is perfectly serviceable.

The big issue is that the series has done big battles before and done them better in terms of balancing action and story. This was almost entirely focused on the action, and it ended up feeling a little rushed to me. The fight was fine but not as spectacular as some of the other ones we’ve seen and having it all end the way it did felt more like a way to illustrate that Tails is smart than a conclusion not a battle with consequences.

Overall, I enjoyed this well enough, but I’m looking forward to getting back to the Starline arc more. This one gets a 3.25 out of 5 from me.