Over the years, Digimon has remained one of my favourite franchises, and no matter whether I enjoyed the previous season or not, the announcement of a new run always gets me excited. throughout the various different versions of the show, there have been some absolutely amazing scenes and storylines! That being the case, I thought that I’d take this opportunity to run through some of my favourite moments from Digimon’s long and illustrious run. So, in no particular order, these are my Top 5 Digimon Moments! 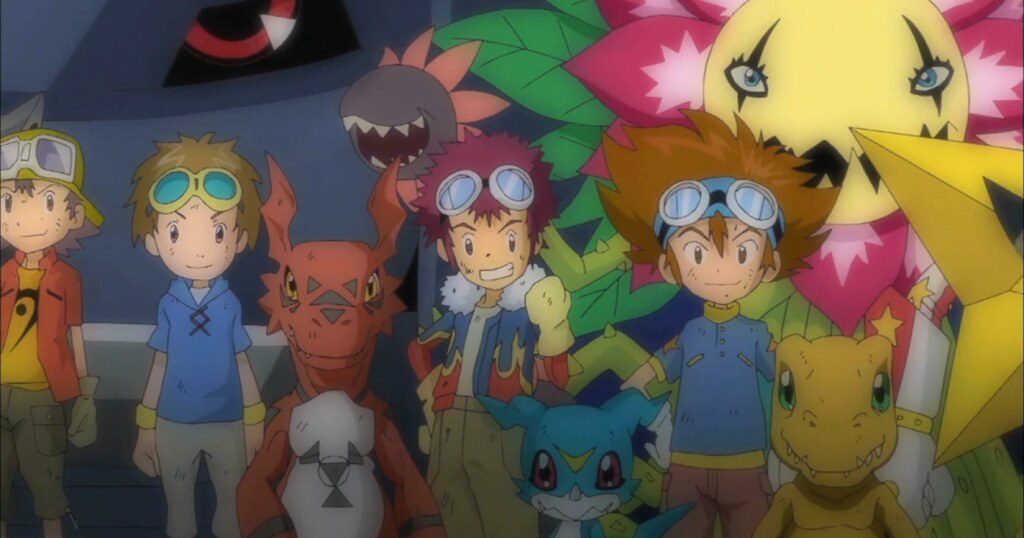 The Legendary Heroes [Digimon Xros Wars: The Young Hunters Who Leapt Through Time]

Digimon Xros Wars was a mixed bag of a series in my eyes. However, the penultimate episode of the run did something spectacular. When a hoard of MaloMyotismon were running rampant, we were treated to a series hopping moment of awesome where all teh elgendary heroes made an appearance! That’s right, the protagonists from all the previous seasons turned up to help the heroes win the day. Sure, ti was teh leaders who got the most screen time, but they were all there. That was just such a cool moment. 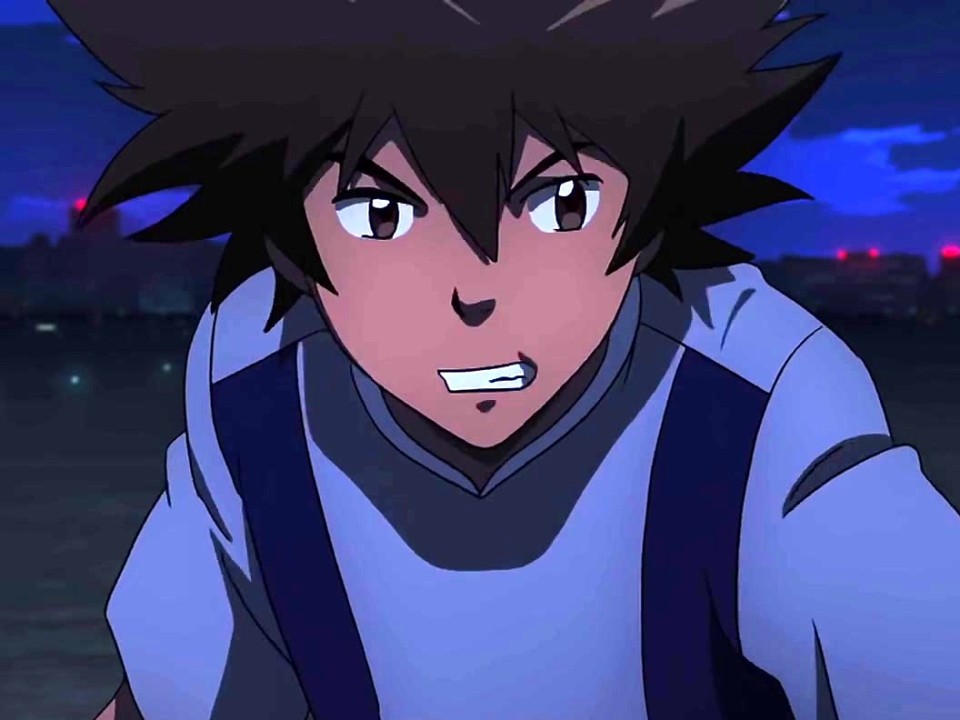 Have you ever see a show where a massive battle takes place in an apparently inhabited area, witnessed buildings destroyed, and then noticed that the potential damage and loss of life has been swept under the carpet? Perhaps Mighty Morphing Power Rangers is a good example of this? Children’s shows tend to stray away from speaking about things like that, and instead leave the destruction as little more than part of a ‘cool’ scene. In Digimon Tri, the battles come to the real world and when Taichi encounters a stray Kuwagamon, he begins to notice the damage that is being caused. Rather than leave this as an afterthought, Tri takes a brave step for a kid’s show: Taichi openly acknowledges the damage that has been done and begins to experience doubt about whether he should continue to fight. Yes, there are bad guys that need to be taken down, but is the potential suffering really justifiable? This plays on Taichi’s mind throughout the first set of episodes, and it is in this scene that he finally acknowledges how upset he is. This is a wonderfully powerful scene that really sold me on this new run and, in my opinion, added a much needed layer of maturity to the character. 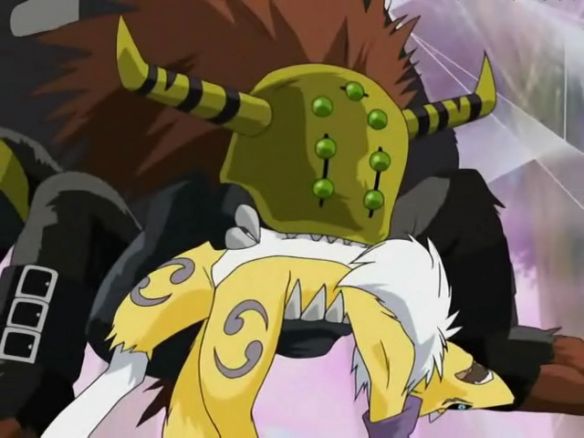 The Rise And Fall Of Kiyubimon [Digimon Tamers]

This was the beginning of a much bigger plot that is sometimes missed in the generally fantastic Digimon Tamers. At this point in the series, Renamon and her Tamer, Ruki, are having a turbulent relationship. Ruki is of the opinion that Digimon are simply data and exist for no reason other than fighting, and when she finds that Renamon (who has been stronger than every other Digimon that she has faced) cannot digivolve, she grows frustrated. Ruki eventually runs in a Dokugumon and is attacked. Renamon rushes in to make the save and is mortally wounded in the process. Finally beginning to feel for her Digimon, Ruki becomes upset and Renamon finally digivolves to Kiyubimon. In her new form, she defeats the stronger Dokugumon with ease. This scene is important because it lays the foundations for Ruki and Renamon’s growth as a team, but also sets up how far away they are from becoming truly solid. You see, Kiyubimon displays great power here, but never really shows the same level of strength again. In fact, the next time she digivolves, she is far weaker. Why? Because Ruki hurts her verbally and weakens their bond, leading to the pair going their separate ways for a time. When Kiyubimon is next able to fight to a decent level, it is because she and Ruki are making amends, showing that it is not the level of the Digimon that determines their power, but their bond with their Tamer. 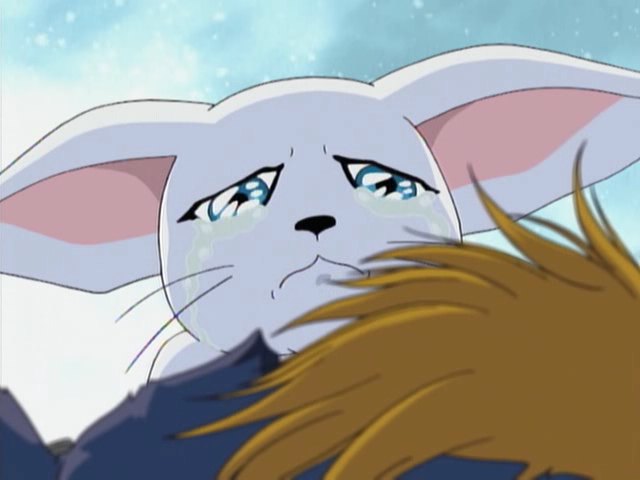 Tailmon was initially portrayed as a bad guy in Digimon Adventure. Come episode 34 of season 1, Wizarmon reveals to Tailmon that she is the Digimon partner of the eighth Digidestined child, Hikari. The villain of the piece, Vamdemon, has fought to keep the pair apart and attempts to keep them from obtaining the Crest of Light. Wizarmon is instrumental in helping retrieve the item and a battle breaks out, resulting in Wizarmon throwing himself in front of a lethal blast to save Tailmon and Hikari.

Now, as a kid, I was not used to seeing scenes like that in cartoons. That was so shockingly sad … but it didn’t end there. Episode 17 of season two saw the Digidestined children scoping out a haunting at a TV station. Who would it be? Wizarmon! Here’s where it gets heart-breaking though. In the original two seasons, any Digimon that died was reborn. Because Wizarmon died in the human world rather than the Digital World, there was no way for him to return to egg form. His appearance here allows him to pass on a message about how to defeat the current big bad, then he reaches out to Tailmon and …

They go right through each other. Wizarmon fades to nothing, never to return. We cry. 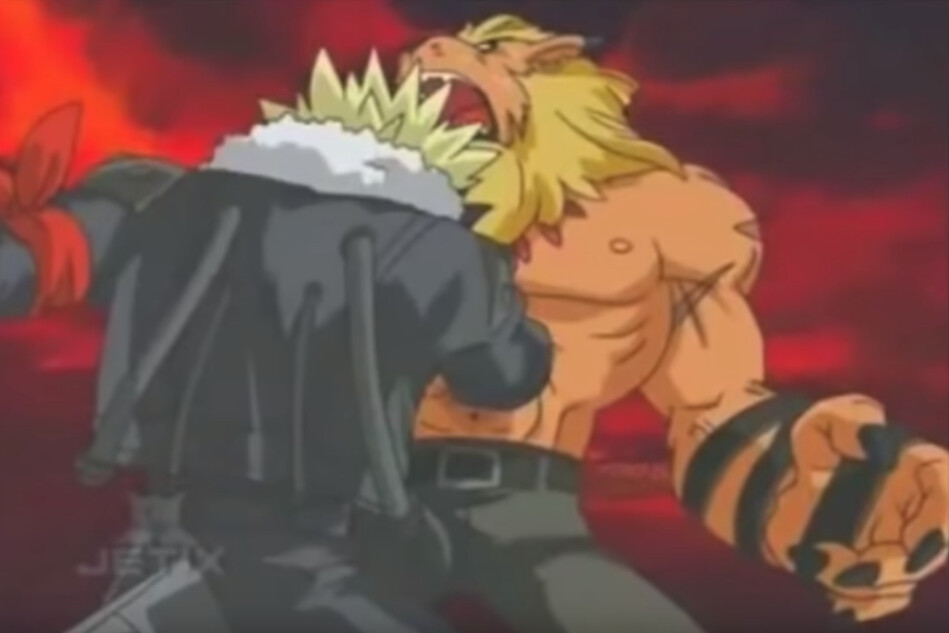 And we’re back to my favourite series in the franchise. Impmon, a loud-mouthed Digimon who may have romantic feelings for Renamon, has no apparent Tamer. This being the case, he cannot digivolve … that is until he sells himself out to the bad guys and is granted the ability to evolve into Beelzebumon. In this form, he tames the rouge motorbike, Behemoth, and eventually picks a fight with ALL the heroes. Here, he kicks starts another of the long subplots that Tamers did so well. He is about to kill Kiyubimon when Leomon intervenes. Leomon was by now the Digimon partner of Juri, a young girl from the same class as Takato, the ‘Goggle Boy’ of the Tamers world. It should be noted here that Juri was both completely unstable and borderline obsessed with Leomon. So what does Beelzebumon do? He skewers Leomon.

So what happens from here? Well, this event serves as the catalyst for Juri having a complete breakdown, which in turn plays into the rise of the main villain. Juri’s pain causes Takato to flip and force his Digimon to digivolve, leading to the brief emergence of the out of control Megidramon. On the upside, this does lead to Takato and Guilmon strengthening their bond and digivolving to Dukemon. So after episodes 34 – 36, Beelzebumon has a bit of a fall and eventually starts to seek redemption. This culminates in him attempting to save Juri’s life. His mistake? He uses Leomon’s attack to do it. This leaves Juri unable to accept his help and Beelzebumon is finally defeated.

So there you have it. These are just some of the awesome moments that take place in the Digimon multiverse, and I really do implore you to check out the franchise. In my opinion, Digimon Tamers remains the best of the lot. If you don’t like that one though, there’s always Adventure, Zero Two, Frontier, Savers, X-Evolution, Xros Wars, Tri, and Adventure 2020!

So how about you wonderful peeps? What are your favourite Digimon moments?