It’s Jennifer’s 24th birthday and she planned to spend it having fun with her friends. Instead, she ends up running for her life through the dark streets of London.

Her world is torn apart by a new disease, the likes of which have never been seen before. The government’s decision to conceal its deadly nature exacerbates the panic, and in all the confusion Jennifer is bitten by an infected person.

That’s it, right? Her life over.

Immune to the virus’s ravaging effects, Jennifer finds herself with a small group of survivors. Together they must fight to stay alive long enough for a cure to be found. Humanity won’t be beaten so easily.

But madness looms large, and safety seems forever out of reach.

Going to protests had become second nature to Jen. The gatherings were numerous, loud, and full of energy, but so far none of them had achieved anything. The world remained in the dark. Uncertainty pervaded the air like it had a physical weight, heavy and viscous, and Jen had long since grown used to it. She would be more uncomfortable if things were normal.

Fire threw orange light across the street, the shifting shadows dancing over riot gear as the crowd surged forward. Shouts and screams merged into a meaningless cacophony. Smoke hung over everything, obscuring people on the ground nursing broken noses, broken arms, broken legs. The camera spun in a disorientating way. Had the police attacked the news crew? Nothing would surprise her anymore. The roar reached a crescendo—

Jen switched the television off. Insecurity seemed constant, but she wasn’t going to let it ruin her twenty-fourth birthday. She’d seen it all before, anyway. The riots were becoming more and more frequent. She turned her attention back to the object in her hands and put all the confusion and dismay out of her mind.

The camera wasn’t the best on the market, but Jen loved it regardless, and she hadn’t been able to stop thanking her parents after they dropped it off yesterday. Jen liked the weight of it in her hands, ready to freeze everything away from the ravages of time. Her old camera had been damaged from years of use and abuse, and she vowed to take much better care of this one.

A sharp bang broke her concentration, and she jumped up as the door to the apartment burst open. What the—

She entered the kitchen on light feet. If this was a prank for her birthday, she wasn’t going to be happy. She hated surprises.

“There you are,” Evelyn said. “C’mon, we have to go.” They were all there—Rhys, Evelyn, Amanda, and Rachel. Her friends. Instead of greeting her with smiles, hugs, and excitement, they looked scared, their bodies rigid as they stood in the kitchen. Rhys looked winded as he leaned on the kitchen counter, sweat running from his shaved head to his square jaw.

“What are you talking about?” Jen cut her laugh short as Evelyn threw a pleading look her way. This didn’t seem like a prank.

“Hey, guys,” Damien said as he entered the room, not a hair out of place. Jen had been ready for a good half an hour, but Damien had procrastinated and rushed to get dressed.

“Listen, we don’t have much time.” Rhys struggled to slow his breathing. Worry trickled down Jen’s back. This wasn’t like him at all. “I’m not even supposed to be here.” He still wore his army uniform. What are those stains?

Amanda shrugged. “I have no idea either. These two—” she gestured at Rhys and Evelyn as she shrugged out of her jacket and put her phone and purse on the counter “—found us walking up the stairs. Running like the devil was chasing them.”

“You all know about the new virus, right?” Rhys looked at them for confirmation, his dark eyes intense.

“Yeah, of course we do,” Jen said. People talked of little else. That and the less exciting news about a food recall and less on the shelves. “It’ll be okay. They’ll find a cure soon.” Conspiracies had sprouted up saying everyone who got the disease died, or the government had created it to stop overpopulation or some such nonsense. Fearmongering.

What worried Jen was how long they were taking to find a cure. With millions of people infected society had ground to a halt. Jen’s university had closed its doors last November, and she didn’t know when it would reopen. Restaurants and cafés had followed suit. It was a nightmare. Criminals became bolder too, with crime on the rise.

Quite a lot of the protests were about demanding to know what was going on. The majority of them devolved into riots these days, but the government kept assuring everyone they were doing all they could. Some people didn’t even believe the virus was dangerous.

“It’s much worse than the media is portraying—”

Rachel cut him off. “What do you mean ‘worse?’” 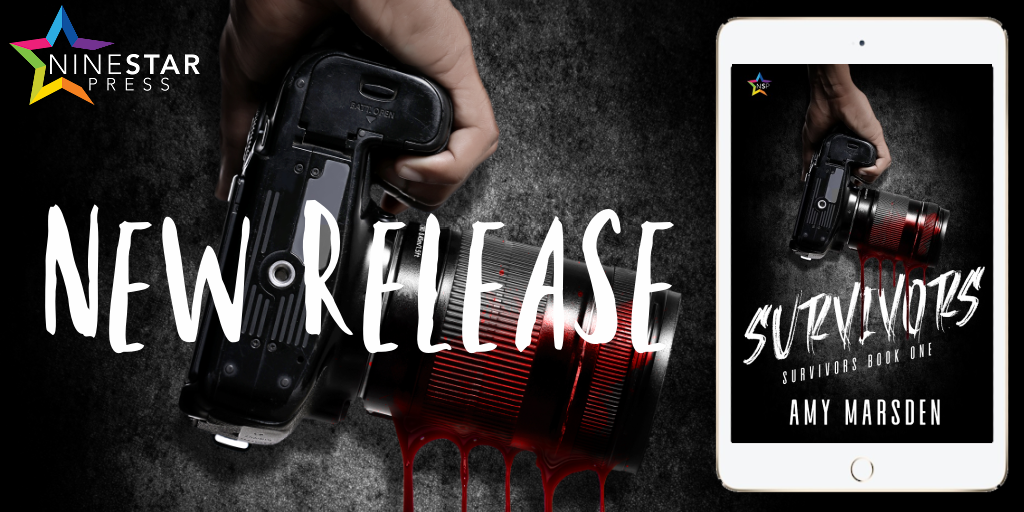 As a child Amy loved reading and writing, so naturally she graduated with a degree in biomedical science and has worked in a microbiology laboratory ever since. Her passion is writing however, and she started her first novel while still at university. When she is not writing about surviving apocalypses, exploring space, and conquering magic—all featuring LGBTQ characters—she can be found reading or playing games about those very things. She lives by the sea with her wife and fifteen-year-old cat who still runs around like a kitten.