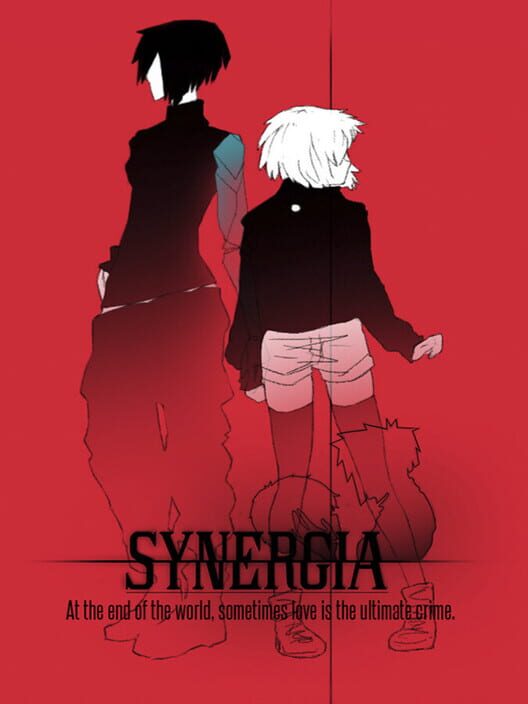 Synergia is a yuri thriller visual novel that takes place in a cyberpunk future, wrapped up in a beautifully unique, vibrant neon aesthetic. At the end of the world, sometimes love is the ultimate crime

Synergia was originally released on Steam in July 2020 and was developed by Radi Art and published by Top Hat Studios. Since then, it has been ported to PS4, Xbox One, and Nintendo Switch. What you essentially have here is exactly what the description says: a cyberpunk yuri title that is ultimately about love in a dystopian world.

Getting into the mechanics, this is a mostly linear VN, with only a handful of branching choices to make. I’m fairly sure that only one of the choices actually affects the ending you get too. In total, there are two endings to obtain, and once you do, you unlock a bonus chapter that serves as a prequel to the events of the main game. Honestly, while not as vast as some visual novels, there is enough here to offer some replayability. Aside from anything else, the two final chapters you can access are sufficiently different to both be well worth checking out.

The story itself is a lot of fun too, especially if you enjoy cyberpunk settings and protagonists that have lost their way and descended into a gloomy state when you first find them. Cila is really quite fascinating in that role. We pick up on little snippets of how she ended up where she is throughout the tale and seeing her attitude towards both humanoid and androids playing out and softening a little is quite wonderful.

It’s through Cila’s yes that we get to learn about the world the game is set in too, and her jaded views on everyone are a fitting lens for that brand of neon darkness. That’s not to say that the other characters are in any way dull, either. While we spend more time with some than others, those that are there for the long haul are nice additions to the cast. Yoko, for example, remains a character that Cila can’t seem to help going back to, even when she is under suspicion for all manner of things happening around her. She’s like that friend that you find infuriating, yet you wouldn’t be without.

When it comes to the other characters, the most important to the plot is, of course, the love interest, Mara. She’s a good foil for Cila, offering a cheerier outlook on things for the most part. She’s also not afraid to call Cila on some of her actions. I would say that one revelation about Mara made her a little less likable for me in the love interest role, though that may not bother others quite so much.

When the comes to the relationship though, I did enjoy this. It’s reliant on the setting and the taboo of human-machine love, but there’s still a human quality to it all. This isn’t a release for those that prefer X-rated scenes. The pairing is based on emotion, not physicality. So, don’t expect anything more physically intimate than a kiss to materialise.

I really enjoyed the art style of the game. It had some clear anime influences spread throughout, from general eye styles to the Ghost in the Shell-esque backdrops. At the same time though, there was a Western edge to it all for me. The colouring wouldn’t look out of place in an animated Blade Runner, and Cila’s facial structure put me in mind of Peanuts in some shots. The style is quite loose too, with an almost pencil feel to it. It all combines to give it a flair of its own while still paying homage to its influences.

From an audio standpoint, the soundtrack is decent. It fits the world it has been created for and, even though nothing truly stood out as memorable, it all slots into place well. It is a shame that the VN isn’t fully voiced, but that’s not a major negative. I do feel like the story maybe gets rushed through at times too, at least towards the end. In some ways, I can see it as necessary as the events that build up would play out quickly in reality. At the same time though, it means that some things don’t get as much attention to details as the build-up to them. Again, it’s not a big issue, but it’s one that may feel off to some.

Overall, Synergia is a really good release. It’s has a recognisable style, an intriguing protagonist, and a well-realised setting. It’s short but packed with emotion. I give this a solid 4 out of 5.