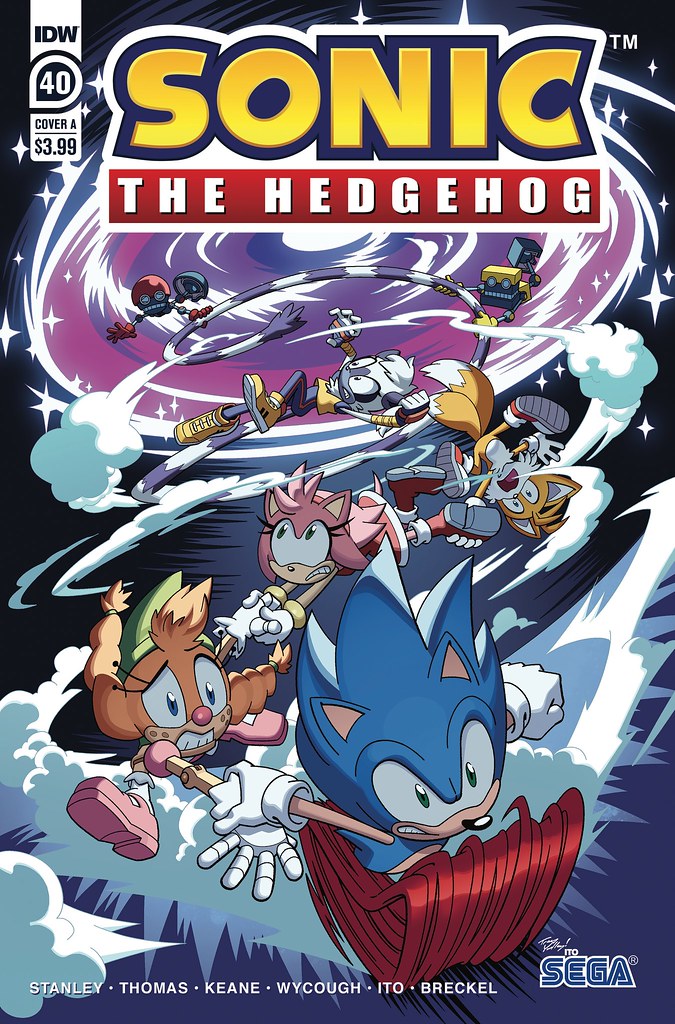 Tangle to the rescue! The brave lemur has jumped into the battle to save Sonic, Amy, and Tails from falling victim to Dr. Eggman’s latest experiment. Belle has a different kind of battle when she comes face-to-face with an old friend. Will the gang be able to escape unharmed? Find out in Evan Stanley’s epic conclusion to “Test Run”! 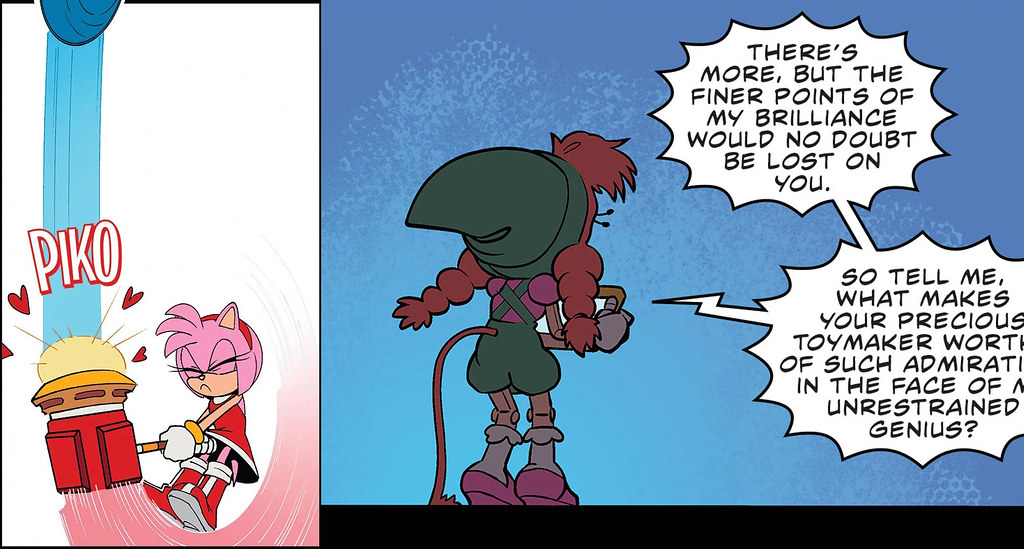 Much like the last issue, both Cover A (Tracy Yardley and Leonardo Ito) and Cover B (Dan Schoening and Luis Antonio Delgado) feel very Sonic in style. They’re strong, action-packed covers. It’s Natalie Fourdraine’s Retail Incentive cover that really shines though, showing the ongoing battle in the style of a live stream. It’s super quirky.

I hate to say it, but I felt like the internals felt a little disjointed in this issue. Both Evan Stanley and Heather Breckell do a great job on their pages. Evan’s art is as crisp and full of life, and never really drops in quality. Meanwhile, while Heather’s colour work feels heavier than that of Matt Herms, it still works well.

The problem is, Adam Bryce Thomas’ pages come across as a little inconsistent to me. Page one, for example, is really nice, but there’s a panel on page three where Sonic looks a little off. Meanwhile, Leonardo Ito mostly opts for a colour style with very little shading on the internals. When you compare it to his work on Cover A, the difference is really quite startling. The problem is, it doesn’t fit well alongside Heather’s pages, making it very clear when the artist changes.

The story was an interesting mix of tones. Sonic, Tails, Amy, and Tangle mostly carried on the characterised battle. It was Belle that stood out the most though, confronting Eggman and facing the fact that her creator, Mr Tinker, is gone. She gets some emotional moments here and we get to see the heroes respond to this.

Overall, I enjoyed this issue. It was a great end to the arc and kept me entertained throughout. The inconsistency in the art was off-putting though and kinda dragged it down a bit. I give this one 3.75 out of 5.