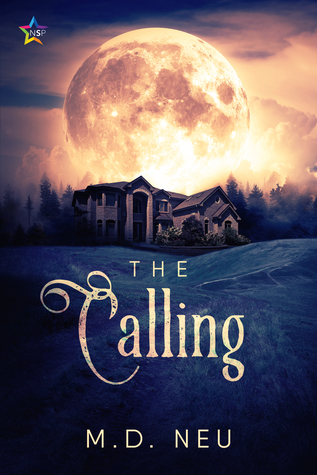 Being a nobody isn’t Duncan Alexander’s life goal, but it’s worked for him. He has a nondescript job, a few good friends, and overall he’s content. That’s until one fateful trip to San Jose, California, where he is “Called” to meet the mysterious Juliet de Exter. Juliet is a beautiful, wealthy, powerful Immortal who is undertaking The Calling—a search for a human to join her world of Immortals. Inexplicably, Duncan’s calling is more dangerous than any of the Immortals, even Juliet, ever thought it would be.

There is more to this nobody, this only child of long-deceased parents, than anyone thought. When Duncan experiences uncontrollable dreams of people he doesn’t know and places he hasn’t been, Juliet and the other Immortals worry. Soon, his visions point to a coven of long-dead witches. The dreams also lead Duncan to his one true love. How will Duncan navigate a forbidden romance with an outcast Immortal? How will he and the others keep the balance between the Light and Dark, survive vicious attacks, and keep the humans from learning who they truly are? More importantly, who is this implacable foe Duncan keeps seeing in his dreams?

M.D. Neu is an author I’ve featured on the site a couple of times now, both in book reviews (T.A.D. and Contact) and as an interviewee. He has a very easy writing style, by which I mean he crafts stories that lean enough into popular settings to feel comfortable but with a personal touch to them. With The Calling, he is venturing into vampire territory.

The thing with vampires is that they don’t always land for me. I like them to be scary. Romance is fine, they’re supposed to be alluring. If you lean too far into the romantic side with them though, it often feels off for me. That being the case, I was happy to see M.D. Neu get the balance right. The romance is certainly present and it absolutely takes the focus when it needs to. At the same time though, the vampires are powerful, and there’s always a danger to them bubbling under the pleasantries.

Those pleasantries are important too. The culture for the immortals has clearly been well thought out, and we get to see plenty of little details about how the culture works. From the Light and Dark factions to the way would-be vampires achieve their transformation, it’s all really well done.

Now, in terms of characters, Duncan was a good lead. He feels relatively normal for the brunt of the book, with just enough of a twist coming in at the right time to make him interesting. For me though, it was Victor and Juliet, the leaders of the Dark and Light factions that I found most interesting. They’re strong leaders, and they feel far more experienced than Duncan. That, combined with the different way to deal with those around them make then an interesting contrast to each other, while still reminding us that Light and ark aren’t that different.

In terms of flaws, your opinion on the book will depend entirely on what you want from your vampires. If you want them to purely be monsters, you’ll be disappointed. The Calling offers a balance between the scary side of them and the humanity that sits behind that. It’s also worth noting that there is a sex scene, so if that’s a deal breaker for you, you will want to skip at least one part of the book.

For me, The Calling was a good read. It’s a fun take on a popular monster that manages to feel familiar with a sprinkling of new thrown in. I give this one 4 out of 5.

One thought on “The Calling by M.D. Neu [Book Review]”