Rawley isn’t the type to crush hard and fast on anyone, but he’s helpless when it comes to Reign, the new mail carrier. Even his bikes and his job as enforcer for a local motorcycle gang, the center of his world, don’t compare to his interest in Reign. Unfortunately, Reign doesn’t seem to be as interested—but secrets and magic have a way of turning everything upside down and Rawley discovers he not only loves one man, he loves four.

Apparently, the doorbell worked. Not much else in the apartment complex did, but as the damn thing buzzed its loud vibrating hive of angry bees clamoring a second time, Rawley quickly understood why. The thing was so frigging annoying that it was likely never used, thereby saving it from the continual decay the rest of the place exhibited.

It was far too early for those thoughts though. Rawley groaned and scrubbed a hand over his face while levering his body off his rumpled bed and stumbling toward the door. A glance at the clock over the oven on his way past told him it was only eight thirty in the morning. Since he hadn’t gotten to bed until after six, it was pretty damned early to him.

When Rawley threw the door open, no one was there. He blinked stupidly at the empty space and then carefully leaned out and glanced down the hall with the lone, blinking light bulb overhead.

A guy glanced over his shoulder at the sound of Rawley’s door opening and quickly spun on his heel to hurry back. He was wearing a uniform, Rawley saw immediately, and it set him on his guard. Cops weren’t a welcome presence here. Then he noticed the Sylph Post logo on the breast—an artistic logo that, should Rawley twist his head just right, could read Swift Post instead—with a nametag clipped below it that read Reign. He lifted an incredulous eyebrow. Sylph Post was basically the USPS, but was privately owned. Anyone who didn’t trust the USPS or thought Sylph was faster or cheaper went with Sylph instead. Since Sylph had access to mailboxes and also shipped packages, a lot of people used them. Rawley liked not having a government organization going through his letters or coming to knock on his door, so he used Sylph almost exclusively. Still, he hadn’t expected to see one of their employees at his door.

“Mail hasn’t been delivered here in over two weeks,” Rawley drawled. He had stupidly left his gun in the drawer of his bedside table, but it wasn’t difficult to summon a fire sprite to the hand he hid behind his back.

“I know,” the courier gushed, his blue eyes wide and guileless. He held out a brown square package toward Rawley. “I’m Reign, your new Sylph deliveryman. I ended up filling your mailbox with everything else and couldn’t get this in.” The shipping label said it belonged to the supplier Rawley had ordered a part from over a week ago.

He glanced back at Reign, who was grinning uncertainly, his dirty blond hair a little too long under his official hat. That grin started to fade slightly under Rawley’s nonplussed stare, but he still resolutely held the package out. Rawley let the fire sprite fade away before slowly reaching forward to take the package. Nothing happened except the man’s grin returning at full force. He nodded politely to Rawley.

“Have a good day, sir,” Reign said before turning and heading back down the hall and to the staircase that led out of the building.

Rawley stepped back so he could close his apartment door and walked over to his small kitchen table to set the box down. He hunted up a box cutter to slash the tape holding the package shut and carefully tipped it so the packing peanuts spilled across the plastic tabletop. He half expected a trapped sprite to erupt from the box as the peanuts were rearranged, and he was more than prepared for anything that might attack him, but instead he only found the custom side panels he was adding to a customer’s crotch rocket.

Maybe Reign really had been a mail carrier?

If Rawley’s apartment was a piece of crumbling shit, the surrounding neighborhood was far worse. This was gang territory. If you didn’t have a motorcycle and came strolling through this block, you were liable to end up lynched. A couple of blocks over were a bunch of water sprite wackos; only people who held one or more water sprites under their skin were welcome. Was the guy dumb enough to deliver the mail there too? Rawley hoped not. Those big blue eyes didn’t deserve to be darkened by a violent death.

Rawley shook his head to clear those thoughts away. It wasn’t any of his business what happened to the mail carrier, no matter how pretty Reign was. Rawley took one last look at the peanuts and the side panels strewn across his kitchen table, mentally shrugged, and decided to fuck it all until he had enough sleep to actually be thinking straight again. He stumbled back across the room and gratefully dropped onto his bed. Rawley pulled the blanket up to his chin and let sleep take over. 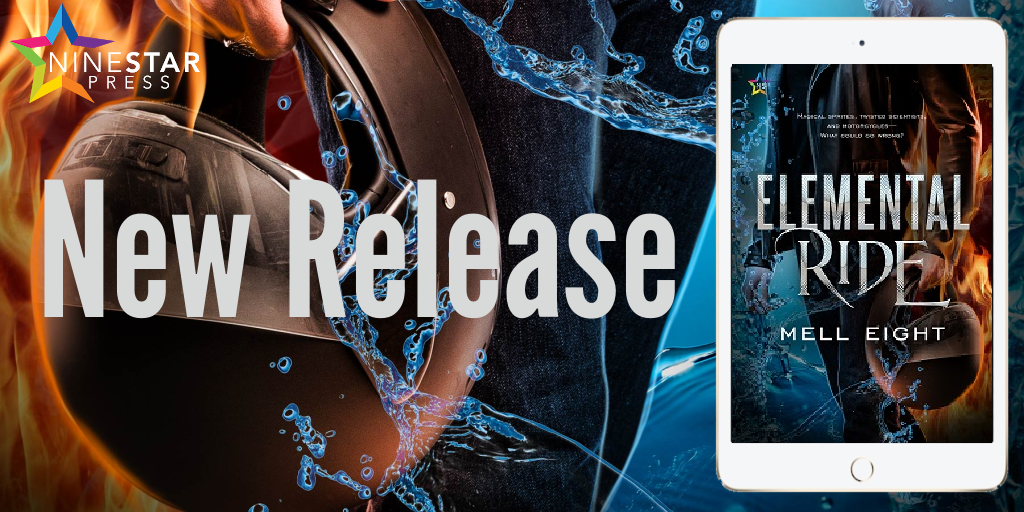