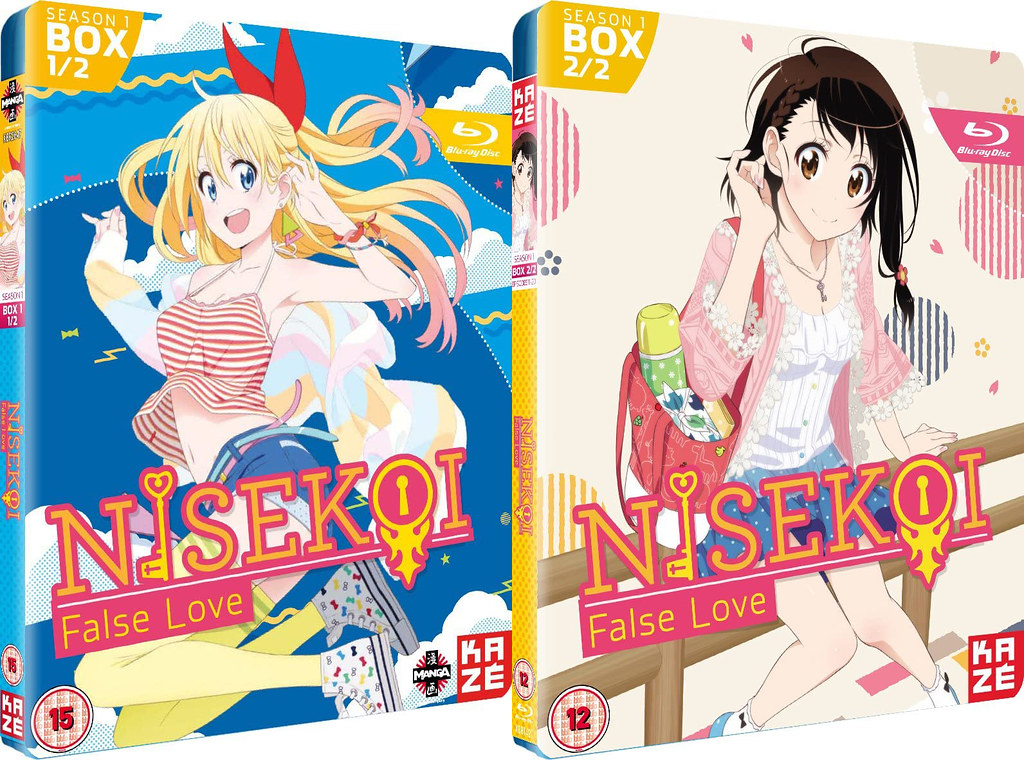 Title: Nisekoi Season One
Anime Studio: Shaft
Genre: Harem / Romantic Comedy
Raku Ichijo is an average high school student. He also happens to be the sole heir to the head of a Yakuza Family called the Shuei-gumi. 10 years ago, Raku made a promise… a secret promise with a girl he met. They promised one another that they will ‘get married when they reunite’. Since then, Raku never let go of the pendant the girl gave him.

Nisekoi is a series that I began watching back when I subscribed to a service called Animax. That was a Sony run anime service in the UK that eventually got swallowed by Funimation. Without letting it bog the interview down, I will say that my experiences with Funimation have been more consistent. I jumped into this particular series because the synopsis appealed to me.

The source manga is written and illustrated by Naoshi Komi. While it started life as a one-shot in Jump NEXT!, it soon began being serialised in Weekly Shōnen Jump and came to an end in late 2016. The studio responsible for the anime is Shaft, who also worked on one of my favourite series of the last five or six years, Puella Magi Madoka Magica.

Now, it’s worth noting this is nothing at all like the aforementioned and incredibly dark Magical Girl series. Instead, Nisekoi is a light-hearted romantic comedy. The male lead, Raku Ichijo, is the son of a yakuza boss. He’s kind-hearted by nature, wears a locket given to him by his childhood sweetheart and has a crush on his classmate Kosaki Onodera. The female lead is Chitoge Kirisaki, an aggressive half-American half-Japanese exchange student who is the daughter of the boss of another yakuza faction.

The pair first meet when Chitoge leaps a wall and knees Raku in the face, sending his locket flying in the process. Once he realises that they are now in the same class, Raku insists that she help him look for it, and the two start to get to know each other. What they learn during this search is that they are not overly fond of each other. In fact, they begin to hate each other rather quickly. Now, two teens that don’t like each other wouldn’t normally be a problem. Unfortunately for our intrepid duo, they soon learn that their fathers have decided to end the feud between their respective groups by having them pretend to be dating for the next three years.

While the storyline is (at its most base level) not highly original, Nisekoi makes up for this with its leads. Raku’s general nature is quite likeable and that gets rounded off by his comical denseness. Meanwhile, Chitoge’s tsundere tendencies are decent enough examples of the personality type, and they mask her insecurities and warm nature well. The supporting cast plays off the two nicely and there are certainly plenty of interesting (if again, not highly original) people for the fake partners to interact with.

The locket is an interesting idea too. The general idea is, ten years prior to the series, Raku made a ‘promise of love’ with his childhood sweetheart. Unfortunately, he no longer remembers what the girl’s name was or what she looked like. He does wear the locket she gave him to this day though, and he definitely remembers giving her the key that unlocks it. Without delving too far into spoiler territory, it becomes apparent as the series goes along that there is more than one girl that knew Raku at the time, and each of his potential first loves has a key.

Throughout the series, there are plenty of genuinely funny moments to be found, as well as some heart-warming moments of hinted romance. Both Chitoge and Raku grow as their fake romance continues, albeit Chitoge more so than Raku, and the slow introduction of various new characters means that each person gets ample time to shine alongside the two leads.

Being a harem series, the show does of course resort to the expected bath house and beach episodes. Oddly, these aren’t as overplayed as you’d generally expect from the genre. The Beach episode in particular surprised me because they seemed to get all the usually prevalent focus on fan service over with quite quickly. In fact, it kind of felt like the studio knew it was expected and so tried to cram it all in during the first five minutes so that the important things could be the main focus for the vast majority of the episode. 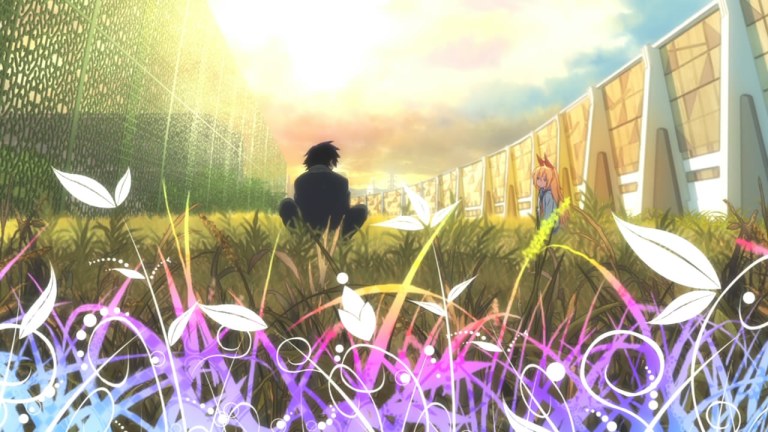 The animation is nice and smooth for the most part, and the characters all have nice distinct looks. The opening theme is also really good, and fits in well with the generally light feel of the show. Throw in a couple of decent performance from the voice cast, and we’re on to a winner from a technical standpoint.

That’s not to say it’s perfect though. Sticking with the aesthetics, Nisekoi has a bit of an issue with waking. When the characters need to show personality while being mobile, it’s fine. Chitoge happily skipping or leaping along, for example, is as smooth as the rest of the series. When the characters are just walking though, it feels a little jerky, as though the animators used fewer frames of animation for those particular scenes.

It would be very easy to argue that Raku’s complete obliviousness when it comes to Chitoge could get infuriating for some viewers. For me, he never quite hits that level, but it can be borderline. There were certainly some moments when I ended up thinking, ‘Raku, you idiot.’ This is a fairly minor gripe though. For me, the bigger problem was Kosaki Onodera. I can fully appreciate that she is probably a very popular character. In fact, her general personality is such that there are likely many people who find her straight up endearing. I personally found her to be a bit boring as a love rival though. She’s perfectly nice and well-mannered all the time without wavering, she maintains a non-stop air of indecisiveness and outright fear with regards to acting on her feelings for Raku, and I really felt that she failed to develop much throughout the series.

Overall, Nisekoi is not the most original anime that you’ll ever see, but it makes up for that with quality. Both Raku and Chitoge are fantastic as leads and the supporting cast are mostly decent enough. Both the humorous and serious sides of the show are handled well and there are very few things to dislike about it as a whole. In short, if you like your romance light-hearted, then you could do far worse than Nisekoi. I give this a solid 4 out of 5.