Quinn’s mistake wasn’t killing Leo Ashwood; it was bringing him back. Now in a cat and mouse game with a monster she created, Quinn learns what her powers are truly capable of.

Brought together by a vision, Cecelia and Quinn are entangled in the chase for Leo Ashwood. Cecelia, a seer who is known for sticking her nose into other’s business for their better good, is now sent into a world unknown to her with no defense against the monster, her own powers, and the budding feelings for Quinn. Maggie, however, was merely at the wrong place at the wrong time and left with no other choice but to join forces. An up and coming YouTube superstar struck down by sickness, her voice is both her magical survival and death wrapped in one.

These three young, untrained witches will have to lean on each other if they want to survive. Navigating the world of humans, the new reality of witches, and the horror of magic, they might just make it… if they can keep their secrets to themselves.

“Quinn Gwenevieve Foster, age 16, born Idabel, Oklahoma… you sure are a long way from home.” Pressure built up at the back of my head as the voice of the detective clawed at the insides of my ears. The pressure dulled but never released as I opened my eyes, which was an effort in itself. My eyelids were the weight of cement bricks.

The windows fogged in the frosty interrogation room. The only light came from the sharp halogen bulbs and the long, thin window along the top of the wall. A female officer had chained my hands to the table, which forced contact with the harsh steel, stinging my skin.

“I want a lawyer,” I answered, my head hung to the right.

“Of course, and you can have one. While we wait for them, why don’t we talk?”

Tears spilled down my cheeks. Exhaustion bit into my muscles, turning my bones to putty. If I did not rest soon, I would pass out. I wasted too much magic in Leo Ashwood’s apartment. My aunt would not be pleased to hear how recklessly they caught me. The last time I was caught by human police, she yelled my ears raw. Out of love, out of concern and fear, it didn’t matter why she was furious with me. History showed time and time again that humans were not capable of mercy to witches. Granted, the detective had not accused me of being a witch…yet.

“It’s Detective Henry Smith, Miss Foster.” His face softened around the cheeks but not near his lips. The way one’s face softens when they are trying to convince someone smaller and more naïve of untrue things. His lips pursed tighter. He reminded me of Officer Blevens, the officer who dragged me out of the graveyard years ago. A man who tried to lie to my face about how much trouble I was in. I was found hip-deep in what looked like an empty grave… Well, it was an empty grave by the time they got to it. The true corpse fell apart piece by piece about thirty yards north of my arrest. Darlin foamed at the mouth when Winestra called her at about two a.m. to come to the police station. Officer Blevens looked me dead in the eye that night and gave me the same face Detective Smith gave me now. ‘It was just a slap on the wrist.’ Liar.

“I want a lawyer.” I learned my lesson from last time.

They didn’t even let me shower. I stank enough to make my eyes water and gag every time I moved. They washed my hands but crusty blood lurked under my nails. My hair was a ball of grease superglued to the top of my skull and left to drape around me. I’d never felt that gross in all of my life, and I once spent six hours drenched in rainwater and coated in graveyard soil. Her gravestone illuminated behind my lids: Melissa Keen, beloved mother and daughter, born in 1981, taken too soon. She had still been fresh; it was the whole reason I dug her up. The fresher the better. If I could bring her back, then I could bring back others…

It didn’t work out. 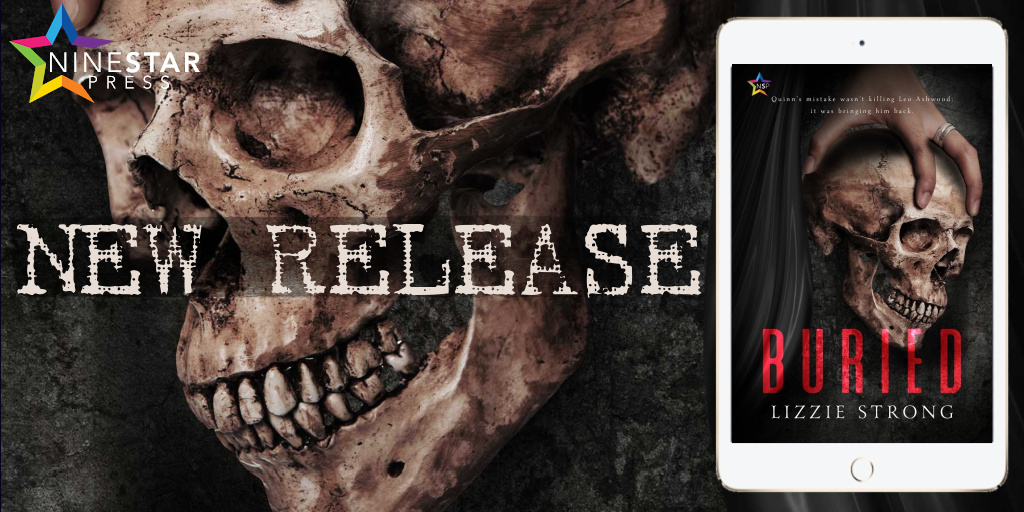 Born a Marine Brat I moved from state to state for much of my youth. Books were the one consistent thing in my life. Split between the high fantasy and war novels from my father and my mother’s deep love for horror novels, it was only a matter of time. From a young age I would fill up notebooks and word documents. Adaptability came in handy as I’ve worked in many different fields: food service, retail, education, special education, management. I kept coming back to books. In college I fully came out to my friends and family about my Pansexuality. Many were supportive but confused on what being Pansexual even was. I learned representation is key, but I also want to write books about fantasy, adventure, and monsters. My work is best described as a little bit spooky, a little bit magic, and a whole lot of fun.