The Most Memorable Moments From the House in A Christmas Story

There’s a reason A Christmas Story is such a well-known Christmas movie. It’s a classic, with a variety of vignettes throughout the movie that people reference all the time even if they’ve never seen A Christmas Story. Whether you’ve seen it this year or not, here are the 11 most memorable moments that occur in the house from A Christmas Story.

Ralphie gets all sorts of presents for Christmas, some of which he’s not completely stoked about. One of these presents is a hot pink bunny suit. Ralphie’s mom thinks it’s cute, but his dad calls him a “deranged Easter bunny.”

The Parker family lives right next to the Bumpus family, which is a family of hillbillies. Their frustration with the Bumpus family reaches a boiling point when their hound dogs break into the home and eat the family’s Christmas turkey, causing them to have to go out to a Chinese restaurant for Christmas dinner.

After bargaining to get a great deal on their Christmas tree, the Parker family puts it in the front window of their home, decorating it with all sorts of lights. These lights, however, cause the fuse to blow, resulting in a frustrating Christmas tree issue.

The furnace is a regular problem in the Parker family’s house. At one point, it starts blowing soot into the rest of the home. Ralphie’s dad tries to go down into the basement, but he trips and falls on a pair of roller skates, causing him to break into a “tapestry of obscenity.”

In one of the most memorable scenes from the movie, Ralphie’s dad wins a one-legged lamp, which he loves and wants to place in an area of interest in the home. However, Ralphie’s mom is less enthused about the lamp, “accidentally” breaking it at one point in the movie.

When the family’s car gets a flat tire, Ralphie decides to help the family fix it. However, he makes a mistake when he accidentally drops the lugnuts that he’s holding to reattach the tire. He accidentally says “the queen mother of dirty words.”

When Ralphie swears, his mother takes him into the bathroom and washes his mouth out with soap. Ralphie explains that he’s become a “connoisseur of soap” from this happening occasionally.

Ralphie is a huge fan of the Little Orphan Annie radio show, and he drinks gallons of Ovaltine to get enough proofs of purchase to send in for a decoder. Once he receives it, he finds out the secret message on the radio show is just an advertisement for Ovaltine.

Once Ralphie does actually end up getting his BB gun for Christmas, he sets up some target practice in the backyard. His gun ricochets and hits his glasses, causing him to worry that he actually has shot his eye out.

Ralphie spends some time thinking about how he would be able to be the hero of his own story if he were to get the BB gun. In his head, he fends off the evil Black Bart from his backyard with his BB gun.

Although its initial release was only moderately successful, A Christmas Story has become a Christmas classic for families of all types. Nowadays, it’s one of the Christmas classics that play just about every year at Christmas. Find your favorite scene this year, whether it’s on this list or not.

Irene Chen is the head editor for Content Geek, which showcases interesting, inspirational, and thought-provoking content. ContentGeek.com publishes infographics and articles across a wide range of topics, sourced from a community of designers, writers, and creators. 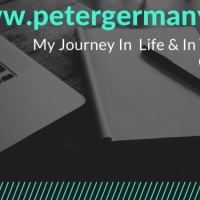