Lili is a Mesopotamian siren, and life as an immortal being is hard enough as it is. She’s asexual (which is incredibly difficult to reconcile if your entire point as a mythical being is to seduce people to death). She’s also struggling with depression from being alive for so long.

Lili is an absolutely shoddy improv-detective trying to track down a serial killer so ruthless that it makes even her murderous soul uneasy. However, there’s something larger at work than just one serial killer. A small town is hiding an even deadlier, global-scale secret. Forget Area 51 conspiracies. This one beats them all. With magic.

So, what better way to spice up her eternal life than being hired as a vigilante detective to stop a serial killer? Anything, literally anything. She’d trade her left lung to get out of this. Or, perhaps, somebody else’s.

Chapter One
A Scandal in Gamin

The first killing had been easy. A little girl wandering the woods with a storybook under her arm. She hardly looked up; why would she? There were no tales of the killer in the wood.

Not unless you count fairy tales, that is. And who believes in those until it is too late?

She had books about fantastical heroes who go on quests to fight Evil that had a very purposeful capital E. She had colored in the pages of the black-and-white line drawings with pencils, with sweeping trains and glittering scales of armor. The pencils scattered on the ground, pages torn up and trampled underfoot. A halo around her perfect, little angelic head.

For that alone, the killer decided, she deserved to die. She was simply too good for this world. She would never have made it anyway. It was a mercy.

The second killing was more difficult. The killer, a little dirtier with a couple of claw marks on their face that would need to be fixed with a potion later, dragged their feet in the mud. The river was close; they could feel it. The sheer power emanating from it.

Their tongue darted out between their lips, tasting it. Death. Destruction.

Power. How long had it been since they’d felt it?

The killer scaled the little inn while everyone was sleeping. The owners had tried to modernize the inn to become an unremarkable hotel, the kind with a front desk and plastic keycards, and a swimming pool with far too much chlorine. Unremarkable except for one guest they had staying there. A guest who would check out and be replaced by someone far more powerful than he. Not that he knew it yet. Who would know if they were in the presence of a god, anyhow?

He wouldn’t, surely. He’d be dead before she arrived.

The killer knocked on the door of room 217. They hadn’t forgotten their manners in all their years of living. A curious figure came to the doorway, pressing their bespectacled face to it. They were a poet, fingers stained with ink and mind humming with words. Black hair swept through like a Romantic in the eye of the storm.

That’s the trouble with this town, the killer decided. Everyone believes in stories. That someone will try to save them.

“Are you all right?” the poet asked. “If you’re looking for the receptionist, everyone’s already gone home…”

The killer knocked the poet into the room and slammed the door shut behind them. A length of rope fell from their jacket.

The killer put their boot on the poet’s throat, uncoiling the length of rope. The poet choked and gargled and gasped in agony.

“I don’t want your money,” the killer cooed. “I want your room. At first, I thought I would just leave a note for the next guest. A little calling card to say I’m here. But I found something better than paper.” They leaned down and traced the poet’s jaw with a gloved finger. “Blood and flesh, for example.”

The poet died an unremarkable death for an unremarkable life. He’d most likely come back as a ghost, the killer decided. Violent deaths always got sentimental. But that would suit the killer just fine. He wouldn’t remember a thing, not in life or in death. The killer’s power made sure of that. Anonymity was annoying most of the time, but sometimes it was useful.

“A very powerful immortal will be the first to find you. You’re my welcome gift to her. No other will find you until then…” The killer pressed upon the body, sealing the contract in blood, flesh, and skin.

The killer yearned to look upon the immortal themselves, but that would ruin the ultimate plan. The immortal was so remarkable they might have been called a god if humans took kindly to that sort of thing. And nobody knew it yet, not even the immortal in question. That was why the killer did what they did. Killed anyone at all who might strike the immortal’s fancy. It was unusual, but that’s what the killer wanted.

The killer, strangely enough, wanted to get caught. 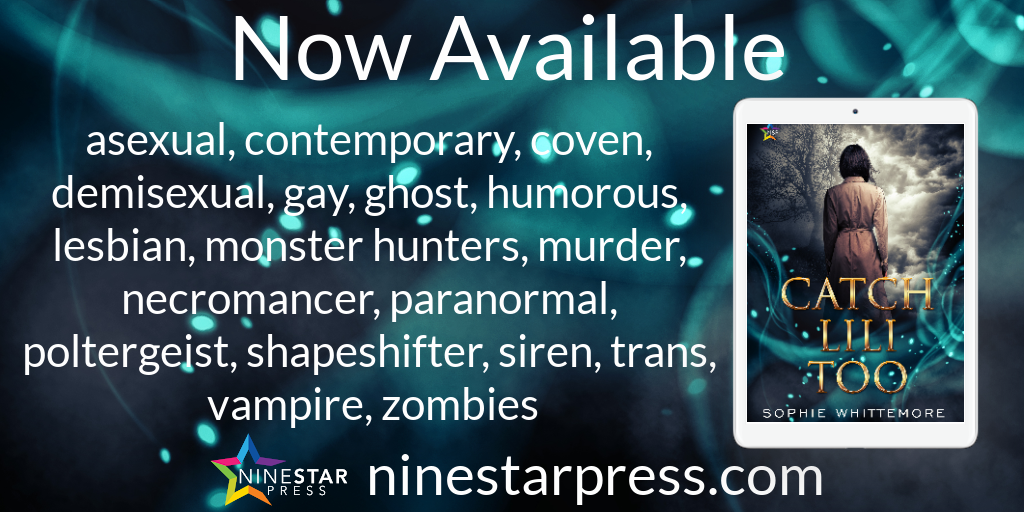 Sophie Whittemore is a Dartmouth Film/Digital Arts major with a mom from Indonesia and a dad from Minnesota. They’re known for their Gamin Immortal series (Catch Lili Too) and Legends of Rahasia series, specifically, the viral publication Priestess for the Blind God. Their writing career kicked off with the whimsical Impetus Rising collection, published at age 17.

They grew up in Chicago and live a life of thoroughly unexpected adventures and a dash of mayhem: whether that’s making video games or short films, scripting for a webcomic, or writing about all the punk-rock antiheroes we should give another chance (and subsequently blogging about them).

Sophie’s been featured as a Standout in the Daily Herald and makes animated-live action films on the side. Their queer-gamer film “IRL – In Real Life” won in the Freedom & Unity Young Filmmaker Contest (JAMIE KANZLER AWARDS Second Prize; ADULT: Personal Stories, Third Prize) and was a Semifinalist at the NYC Rainbow Cinema Film Festival.

Their prior works include “A Clock’s Work” in a Handersen Publishing magazine, “Blind Man’s Bluff” in Parallel Ink, a Staff Writer for AsAm News (covering the comic book convention was a dream), and numerous articles as an HXCampus Dartmouth Correspondent. Ultimately, Sophie lives life with these ideas: 1) live your truth unapologetically and 2) don’t make bets with supernatural creatures.