Title: Daughter of the Moon

Four months ago, Netheia Isinthi failed to take her father’s throne from her older sister. After refusing to publicly support the new empress, she is banished to Ieflaria’s capital city, Birsgen, where she anticipates a long and uneventful exile.

Klavida of Nalova is a student at the university established by Princess Esofi for the study of magic. She has come from the far north researching Talcia’s creatures—or so she claims. After a chance meeting brings the two together, Klavida wants nothing to do with the angry, ill-mannered princess. But when Netheia offers Klavida access to the royal library, Klavida decides she can tolerate her after all.

As they spend time together, Klavida realizes that Netheia is intensely lonely and has never known genuine friendship. She becomes determined to show her that there is more to life than the pursuit of power and that a peaceful life of freedom can be more satisfying than ruling an empire.

But Netheia’s patron goddess is not ready to accept that she has lost the Xytan Empire—and neither are Netheia’s most ardent supporters.

Daughter of the Moon
Effie Calvin © 2020
All Rights Reserved

Outside the door stood four guards—too many for Netheia to fight, no matter how her blood sang at the thought of a challenge. To make matters worse, all her weapons had been removed from the room, even the well-hidden ones.

Ioanna had always been good at finding hidden things.

Netheia paced the room from end to end. Outside, rain fell softly, and a thin layer of silver mist blanketed the palace grounds. If she looked out the window, she could see more guards posted below.

All the guards assigned to her were strangers, obviously hired on to replace those loyal to her. She wondered what had happened to them. Execution seemed unlikely, given Netheia still lived.

Nobody tried to contact her, including her own mother. Perhaps she was similarly confined, but probably not. Most likely Enessa didn’t want to be seen associating with Netheia anymore—once the favored daughter, now a failure, a traitor.

What would her father say if he could see them all now?

Netheia spent most of her time exercising until she couldn’t move, finding the burn in her muscles familiar and reassuring. She examined her arms and legs every day, terrified the long confinement was destroying her body. What would everyone say if she emerged from her room as thin as Ioanna? They might even stop supporting her—for surely they still supported her? They were only biding their time, wise enough to not stand openly against the new empress now that the Order of the Sun was here to be her own personal army.

Nobody answered her prayers anymore.

Netheia swallowed and tried to push that thought away. She ought to be grateful for the respite, but instead found herself fantasizing about ways to win her patron goddess back, to prove her worthiness.

The door opened, and Netheia turned to face the guards standing there.

“The empress will see you now,” one said.

Her fantasies often began this way, and always ended with Ioanna dead on the floor in front of her. In those fantasies, Netheia tore through the guards like they were made of parchment paper, and Ioanna put up less resistance than a rabbit might. But as she observed the guards now, she realized nothing would play out like in her imaginings. They would be on her as soon as the faintest glimmer of rust-red magic appeared at her hands.

Netheia’s stomach churned, but she refused to allow them to see her distress. She lifted her chin and strode past them out of the room.

Ioanna Isinthi, firstborn daughter of Emperor Ionnes, sat on the carved marble throne that should have been Netheia’s. She wore a beautifully embroidered crimson-and-violet gown and a heavy golden crown on her head. Netheia had not been asked to attend the coronation, but the noise from the celebrations afterward had reached her rooms.

On either side of the throne stood two paladins from the Order of the Sun, a man and a woman. The woman was some foreigner of no importance, but the man was Knight-Commander Livius. He had been exiled from Xytae about fifteen years ago, along with the rest of the Order of the Sun, after their refusal to fight in the emperor’s wars. After his death, the Order quickly reemerged to support Ioanna—almost too quickly. Netheia suspected her sister had been in contact with them long before their father’s death.

“We have discussed the matter.” Ioanna glanced over at the knight-commander. “And we have decided to be lenient. You were led astray by the priestesses of Reygmadra.”

Netheia wanted to object, but Ioanna went on.

“Your actions have cost the empire valuable resources, and you nearly plunged us all into a civil war. But if you agree to help undo the damage you have caused to our nation, I will be lenient. All I ask is you give me your support, publicly. Our people must know we stand together. Will you do this for me?”

“I was strong enough to defeat you,” said Ioanna.

Netheia found herself with no retort.

“Netheia, I didn’t want to do this, but you’ve left me no choice. I am sending you to Birsgen.”

“What?” cried Netheia, shock momentarily replacing rage. They were sending her out of the country?

“Do not argue. It is only a temporary exile. You will remain there until Xytae is stable again. As long as you conduct yourself appropriately, the Ieflarians will treat you as a guest, not a prisoner. Your movements will only be minimally restricted, and you will receive a stipend to live on. Do not throw away this gift, Netheia. We both know your sentence ought to be much harsher.”

Ioanna paused, apparently wanting to give her sister the opportunity to speak. But Netheia had no words for her.

“Perhaps this is foolish, but I hope that when you return, you will be more amicable to an alliance. I do not wish for us to be enemies all our lives. I know you are not ready to think of such a thing yet, but I would like you to reflect on it while you are away.”

Netheia continued to stand in stoic silence. Ioanna rubbed at her forehead with one thin, pale hand. Netheia hoped their father’s generals were making her life miserable. The thought cheered her when she remembered how the army had been ordered to withdraw from Masim, undoing decades of progress in a matter of days.

But really, Netheia had no idea what happened outside her private rooms. None of her friends were allowed to visit her, nor the priestesses of Reygmadra that had been her most powerful allies in the weeks after her father’s death, including Archpriestess Seia herself. She could only rely on what tiny details she managed to press out of the servants delivering her meals and whatever gossip she overheard from behind her door.

At least, she hoped her friends were not allowed to visit her. What if they were deliberately distancing themselves? Netheia shoved the thought away, refusing to even consider the idea. 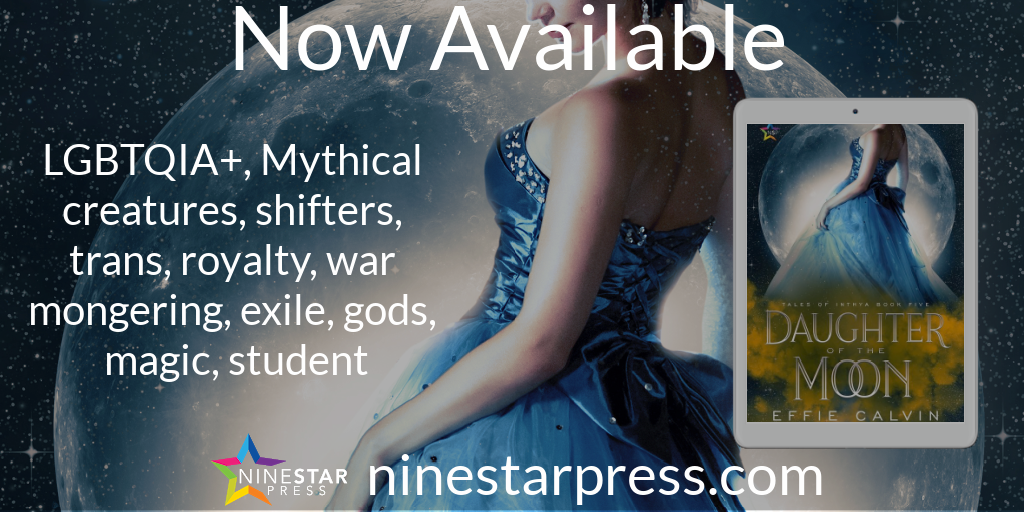 Effie is definitely a human being with all her own skin, and not a robot. She writes science fiction and fantasy novels and lives with her cat in the greater Philadelphia area.