Jack Whitaker lives a grayscale life. But a violent, yellow-eyed woman; a tea-drinking animal in human form; and a woman in brown with devastating powers of healing have Jack rethinking the boundaries of reality.

Marin, the woman in brown, is supposed to be the most important leader Jack will ever meet. She’s certainly the kindest, so Jack accepts the task of protecting her for a month from a violent duo with a supernatural ability to track their prey.

Jack and Marin travel the country, healing humans and animals, meeting everyday heroes and villains and everyone in-between. Jack isn’t sure if the world is ready for a woman like Marin, let alone whether she is.

Work, traffic, humidity—those she believed in. Not that she didn’t employ a little whimsy in her life. She liked reading novels, especially a rousing space opera or an angsty, dystopian handwringer. Any piece of fiction penned by Noelle Stevenson, illustrated or digital, enjoyed a prominent place in her leisure time. She loved science fiction movies as social and creative commentary. And the wicked special effects.

Fellow Floridian Carl Hiaasen she found funny and topical. Had she any close friends, she could have discussed some of his biting social commentary.

But believe in any of these fictions, magical or not? Of course not. Jack Whitaker was a rational person. The walls in her tiny apartment, bare of anything but two Firefly posters and a magazine clipping of a black-and-white picture of blues singer and lesbian icon, Gladys Bentley, echoed only her voice, both literally and symbolically. Work as a security guard satisfied without stimulating. On the occasions she felt a tingle for socializing or, heaven forbid, physical touch, she booted up her laptop and binge-watched the latest postapocalyptic series.

Once, she had believed in big ideas like spirituality and a wife and kids. She’d since grown up.

Most of this changed in mid-July on her way home from work at the aquarium in Timuca, a small city in Northern Florida. The day started off as tidily as usual, although traffic seemed a bit less hectic and the day much sultrier than usual.

By the end of the day, when someone with feral memories posed the question to her, she answered differently than she would have just twelve hours prior. 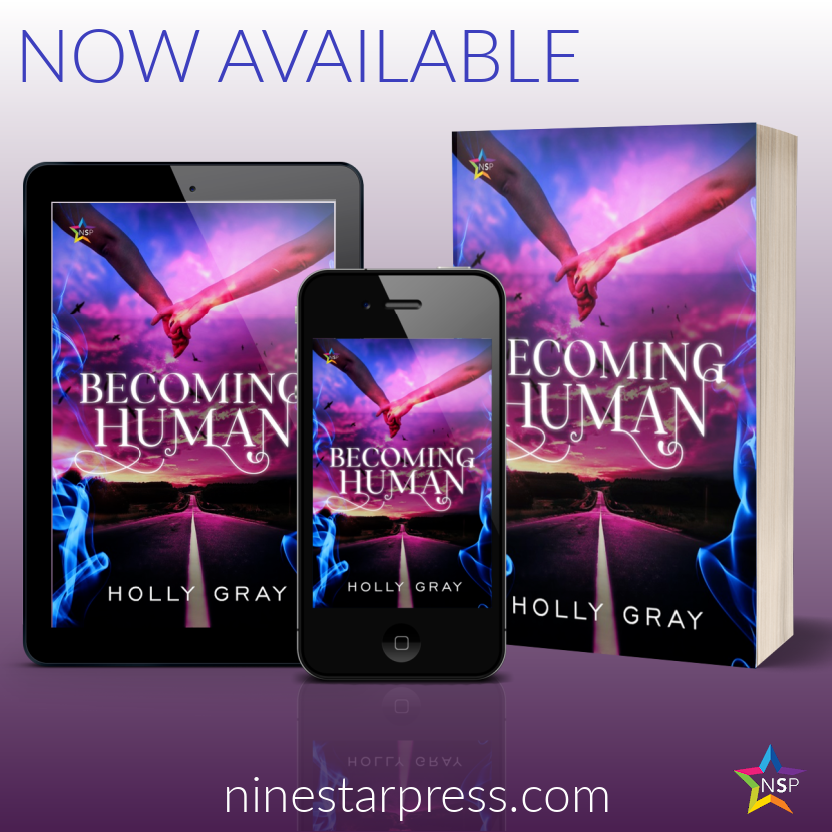 Holly began writing novel-length romances in junior high. She continued scribbling wild tales on her college-ruled notepads till those pesky college and career things got in the way. Finally, after earning her PhD in sociology, Holly gave herself permission to get a life. She has since published four novels, one short story, and several poems. Now a boring academic and a not-entirely-boring political activist, she spends just about all her waking hours doing one or more of the following: teaching, writing, volunteering, protesting, and tending to the whims of her fur masters.

Holly lives in South Dakota with her wife and numerous fur kids.