In a picturesque California town, the deafening sound of bells brings dozens of people to their knees. Three days later a horrific accident claims their lives. Among the dead is the twin brother of Artemis Andronikos, a beautiful attorney, who abandons the ill-fated vacation and returns home to grieve.

Her mourning is interrupted by Lucy Breem a reporter who suspects a connection between the strange bell sound and subsequent deaths. Disturbed by the possibility that the phenomenon had presaged her brother’s death, Artemis agrees to join forces with Lucy to investigate the mysterious premonitions. Utilizing her considerable physical and deductive talents, Artemis battles nefarious forces and seeks information from friends in high places. Their research takes them to various global venues. But the solution to the mystery proves illusive and the couple discovers that neither science nor religion can provide an explanation for what has become known as the Harbinger.

Artemis wiped her mouth with the back of a dirty hand. Rivulets of sweat slithered down her back, and heat from hours of exertion roiled off her. The dog-eared map indicated they had four more miles of steep terrain before they would reach the checkpoint. Glancing at a sun already low in the western sky, she folded the paper and shoved the map back into her pack. It would be a struggle to reach Lake Isabella before dark. A momentary breeze rippled her shirt, and she brushed dark, damp bangs from her forehead, savoring the momentary relief. Then, summoning fresh determination, she started up a brush-choked hill.

“Come on, Cab,” Artemis called back to the struggling man behind her. “We’ll get there faster if you get the lead out.”

Ichabod leaned on his walking stick and watched his sister’s long legs settling into an easy stride.

“Shut up, Temmie,” he shot back, annoyed by her effortless advance. “Trekking the Pacific Crest Trail was your idea, not mine. I need a steak, medium rare, and alcohol. You promised me beer, remember?”

Artemis turned and aimed pale-blue eyes at her twin brother. She tossed her long black ponytail and gave him a patronizing smile.

“Come on, Cab. Let’s just get there,” she encouraged him softly. “I need a bath.”

“Yes, you do!” he muttered, stumbling over a patch of loose rocks. She was doing it again, making him feel second best; a feeling that irritated him more than the roughness of the trail. He disliked having to push himself to keep up with her. He slapped at a bug that landed on his neck and stopped to catch his breath. He hated hiking. He hated everything his sister loved about it. He wondered how it was possible for twins to be so utterly different from each other. And why was she always, always better at everything?

An instant later, his head felt as if it was exploding in a cacophony of clanging bells.

“Ah, Jesus H. Christ!” He dropped the walking stick and sank to a knee, pressing hard against his ears with both hands. The discomfort of the trek disappeared as the painful ringing in his head blotted out any other sensation.

Artemis turned to see Ichabod writhing in the dirt. Her heart pounding, she raced back down the trail to see what had happened.

“What the hell, Cab?” she cried as she reached him, panicked at the thought he might be seriously hurt.

Ichabod cautiously released his grip on his head and slumped to a sit. Pale and confused, he leaned against the base of a tree and dug at his ears. Artemis knelt down and hugged him to her chest to check his head for any kind of injury.

“Did you hear that?” he asked, glancing up at her, crystal-blue eyes wide with concern. “What was it?”

“I didn’t hear a thing, except you cursing.” She sat down beside him and tousled his shaggy black curls. “I can’t find anything wrong. Are you having a stroke or something?”

“No, I don’t think so. There was just this really loud noise in my head. Bells. Really, really loud bells. It hurt like hell.” He gave her a slight smile. “It’s over now. I can’t believe you didn’t hear anything. You’re the one who usually hears things. Not me.”

She helped him to his feet and made sure he was steady enough to heft his pack. He pushed her arm away and stiffened his back in a display of competence beyond what he actually felt.

“I’m okay. Come on. Let’s get to Lake Isabella so I can have a beer. You promised me, remember?”

The lake came into view as they crested a final hill. It sparkled in the slanted sunlight, and just seeing it gave the pair a sense of relief. The view before them was mystical. Streaks of pink and yellow from the setting sun reflected off the dark-blue water framed by an endless horizon of verdant hills. They gaped at each other and shared triumphant smiles. Ichabod put his arm around his sister’s waist.

“Okay. Sometimes it’s worth all the trouble,” he admitted. “Now, let’s go get that beer.” He hugged her and added, “You’re buying.”

All that remained was a downhill slope that melted away and they trudged the final half mile along dusty roads until they found the check-in station. An older man in a well-worn MAGA hat welcomed them, had them sign the register, and directed them to a nearby hotel.

Ichabod slung his pack to the floor as soon as he stepped into the room. He stretched stiff muscles and then sank into one of the two narrow beds. Artemis set her pack on the room’s solitary chair and did a leisurely tour of their Spartan quarters. Seeing an enormous bathtub in the otherwise cramped bathroom, she issued a little cry of delight.

“Go ahead, sis,” Ichabod told her, settling on the cot-like bed. “You can bathe first. I’m headed for a bar.” He rolled on his side and hugged a pillow. “In a few minutes.”

Artemis turned on the faucet and ran her fingers through the water, waiting for the stream to reach the proper temperature. She selected jeans and a reasonably clean tank top from her pack, stripped off the clothes she’d worn for three days, and stepped into the tub. Letting the warm water sooth her athletic body, she settled back to reflect on the trip so far.

She lathered a washcloth and drew it along her arms. The image of Cab writhing in pain flashed in her mind, and she drew in a heavy breath. Her brother was young and strong physically. He had recovered within minutes. Whatever had happened, Cab didn’t show any residual effect. She sank lower in the tub until the warm water was just below her chin. She would keep an eye on him, but she willed herself not to give in to needless worry. 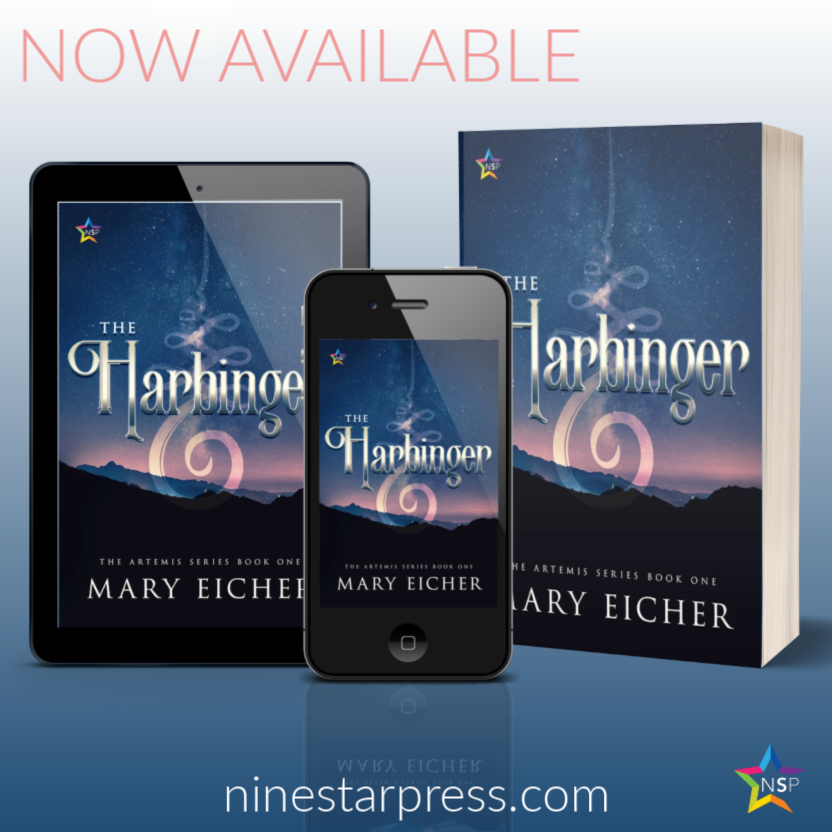 I live in Southern California with my two daughters. I have degrees in English and Psychology from the University of California and twenty plus years of writing experience from technical manuals to short stories. As an executive with a major computer firm, I managed customer documentation and field training and have traveled extensively. I have a passion for history, alternative theories about life’s mysteries life and dolphins. You can find Mary on Facebook.