Title: Come On, Get Lucky

Grant is looking for love, but there’s one big problem—himself. Due to Grant’s massive size, not to mention the fact he’s also a werewolf, all the eligible bachelors steer clear of him, preferring men who are a little less ginormous and a lot less monstrous. Only Lee, Grant’s best friend and vampire extraordinaire, sees him as a gentle giant who longs to give awesome backrubs, cupcakes, and endless affection to his lifelong mate.

Lee is tired of the same old song and dance of dating and then breaking up. The only steady presence in his life has been Grant, a tried-and-true friend who always knows what to say and the right spot to scratch. So, when Grant finally breaks up with his flighty boyfriend, Lee sees an opportunity to let his carefully guarded heart out of its box and try for something real and lasting.

There’s a problem, though: Lee has always forbidden romance between friends, an order he’s drilled into Grant’s head over and over again.

Come On, Get Lucky
Jacqueline Rohrbach © 2020
All Rights Reserved

Chapter One
Grant wiped sweat from his brow. Hands trembling, he struggled to maneuver the oversized shirt button into its tiny hole. It was like being a virgin all over again. Should he lube the damn thing? Would that make it glide right in to everyone’s satisfaction? Scratch those thoughts; Grant couldn’t afford a sexual itch right now. If he stiffened, he might have a stress boner all night in the fancy restaurant where he’d booked a table for two. And, oh Jesus, everything was a mess. A total, awful mess.

“Come on in. Help me out. Get this thing in there.”

“Goodness, dear heart. I hope you won’t have to say that tonight.”

“I’m trying to not think about sex!”

As lithe and graceful as Grant was bulky and clunky, Lee glided in on a cloud of glitter and sarcasm. His slender fingers made quick work of the task, and before Grant knew it, his dress shirt was smoothed down the length of his torso and tucked neatly into his black slacks. Standing to the side, his palm supporting his chin, Lee inspected his handiwork. Grant, for his part, stood straight under his critical eye and endeavored not to dwell on the lingering tingle along his spine where Lee’s fingers had touched him.

Muttering and twirling his finger, Lee said, “Turn around.”

Grant rarely dressed to the nines because it made him feel like he was ten. Lee, who searched him over for any flaw, didn’t help matters, especially not when he tsked like a disappointed mother.

“Well, do I pass inspection?” Grant asked him.

Grant dipped his head and made a show of inspecting his shoes to hide the sudden rush of heat to his face, which no doubt stained his cheeks a telltale shade of alarm-bell red. Then, to his mortification, he noticed a toe poking through a hole in one of his socks. Shit, he’d forgotten his shoes. Disaster. This night was going to be a total disaster.

Practically hyperventilating, Grant asked, “Where are my wingtips? The nice ones.”

Lee tapped his chin. Casually, as though he’d organized Grant’s closet himself, he kicked—literally—the polished wingtips onto the bedroom floor. “There are your big, goofy shoes. But, trust me, tonight is a big mistake. David is not the one. ”

“Thanks! You’re a lifesaver. I don’t know what I’d do without you.”

“Yes, I know you couldn’t manage without me. But don’t ignore my warning.”

Wagging his finger in Lee’s face, Grant said, “No, no. We’re not playing the David-is-no-good game tonight. Tell me what wine should I order, instead.”

“Are you asking me what pairs nicely with showing your flighty, dimwitted boyfriend your werewolf form?”

Relenting with a sigh, Lee flounced around the bedroom, windmilling his arms in dramatic fashion as though getting ready to run a marathon. Was he stretching? Yes, yes he was. Lee hadn’t surrendered: he was ramping up to continue the fight. Grant should have learned to not underestimate his best friend when it came to matters of the heart, which he saw as his expertise as a vampire. The undead, according to him, had their fingers on the pulse of life. Werewolves, well, they had their noses in its crotch. The long-term rivalry between their species was great. Truly.

Ever since Grant brought David home, Lee had gone on about how it was a poor fit. Things heated up between them when David farted and blamed Lee. Fangs out, Lee had said, “Vampires can’t even pass gas. He’s messing with the wrong Edward. I will glitter bomb his ass to hell. My sunlight sparkle will burn out his eyes.” From there, matters got worse.

“You’re being petty,” Grant said, dabbing a bit of cologne on his neck. “Get over the whole fart thing. He was nervous. That’s all.”

“This is more than passing gas, dear heart. Although your little beau does disturb the oxygen balance of the room.”

Lee said, “I know, dear heart. That doesn’t change anything. David is… David is yuck. I’d eat him but it’s an affront to my sensitive palate. Blah.”

“Say ‘blah’ again but do it in a Transylvanian accent.”

“If I do, you have to listen to my rant. You can’t block me out, not even for a second.”

Grant’s inner survivalist debated the merits of the proposal. On one hand, the Transylvanian accent version of blah never failed to put a smile on his face, and he could use a bit of humor to settle his nerves before his big date. On the other, Lee’s rants lasted as long as an immortal desired, which was a very long time indeed. Grant couldn’t gnaw his foot off to get out of the trap should he decide to walk into it.

“Decisions, decisions,” Lee said as a taunt without bite.

“That’s what all the guys say.”

Grant stifled a laugh. “Go ahead with the rant. I couldn’t stop you if I tried, so I may as well get something out of it.”

“Okay, dear heart, I will keep it short. David is not your mate. He’s a loser obsessed with the occult. You’re…well, you’re a trophy to him, something to talk about over tea with his friends. You think he’s sugar, but he’s NutraSweet. You don’t know what he’s made of, but it’ll probably give you cancer. Stop putting him in your body and find the real thing.”

“Feel better?” Grant asked, trying to keep his tone light. Although Lee’s tongue was plenty sharp, he’d blunted it for Grant’s sake. Plus, sniping at his friend never got Grant anywhere other than thoroughly tongue-lashed. Still, he’d be a lousy future mate if he didn’t come to his sweetheart’s defense. “I know you two don’t get along, but he loves me.”

“Tell that to my previous boyfriends.”

Lee clucked his tongue. “It’s not your fault they don’t know the difference between a monster and someone who can do monstrous things. They were ninnies.”

Grant’s facial muscles clenched. He didn’t want to talk about his last two boyfriends, both of whom knew he was a werewolf in advance and said they were fine with it, even excited. People had known of the existence of werewolves for years, after all. None of that mattered. As soon as he’d shown them his wolf form, their minds changed and he became a monster in their eyes. The pain of it, still fresh, seared away the confidence he’d built over the last few minutes.

Things weren’t much better for Lee. He and his boyfriend broke up after Lee refused to have his fangs pulled in order to spend a mortal life together. Too bad Lee had a rule against dating friends; otherwise, Grant might have suggested they give each other a chance—two monster peas in a pod. The wistful thought, still painful after six years, roiled around in his heart.

“This is going to be different,” Grant said, trying to work up his courage and take his mind off his conflicting thoughts. “David is different.”

“No, he’s heartache and trouble. And, truthfully, he’s not worth either of those things. Also, blah, I vant to suck your blood. Blah. There, I did it. You’re welcome.”

Normally, Grant thanked the heavens his father hooked up with a vamp and that meeting had introduced him to Lee. Truthfully, Grant couldn’t have picked a better brother, which is how he had to think of his eccentric vampire friend. Right now, however, he’d trade the meddlesome motormouth for a stack of beans—magic optional. 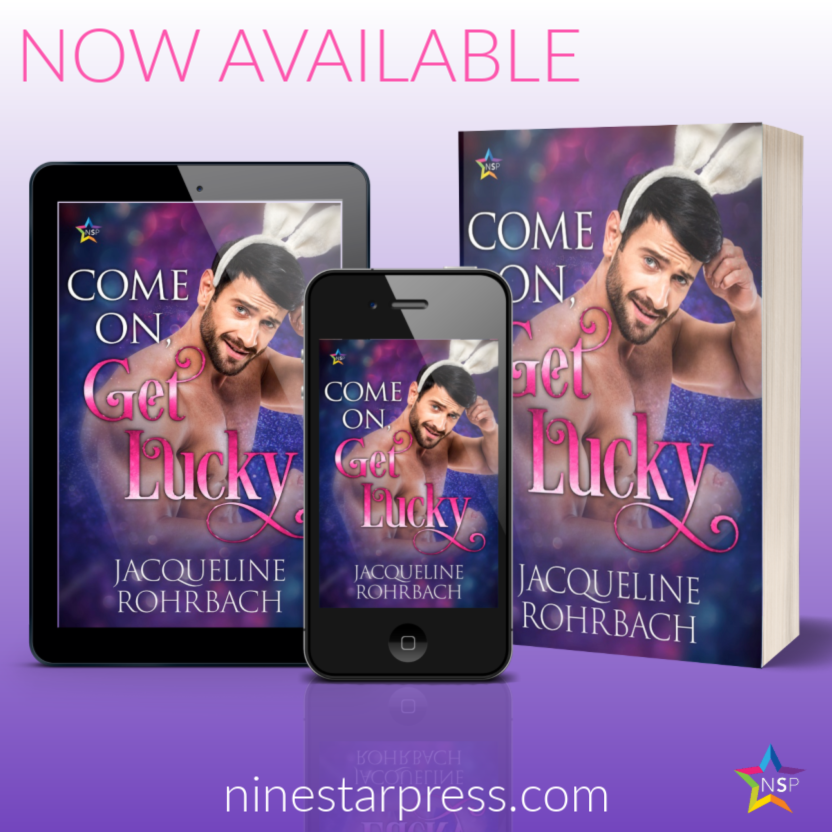 Jacqueline Rohrbach is a 36-year-old creative writer living in windy central Washington. When she isn’t writing strange books about bloodsucking magical werewolves, she’s baking sweets, or walking her two dogs, Nibbler and Mulder. She also loves cheesy ghost shows, especially when the hosts call out the ghost out like he wants to brawl with it in a bar. You know, “Come out here, you coward! You like to haunt little kids. Haunt me!” Jackee laughs at this EVERY time.

She’s also a hopeless World of Warcraft addict. In her heyday, she was a top parsing disc priest. She became a paladin to fight Deathwing, she went back to a priest to cuddle pandas, and then she went to a shaman because I guess she thought it would be fun to spend an entire expansion underpowered and frustrated. Boomchicken for Legion! You can find Jacqueline on Twitter. 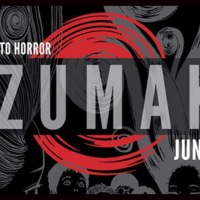 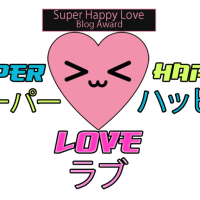 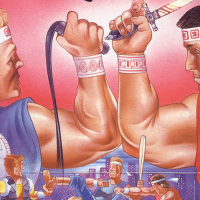 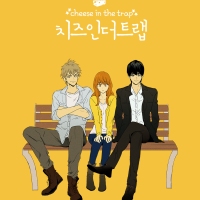 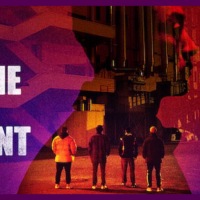 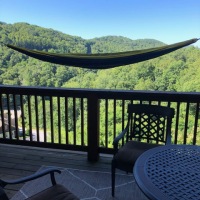 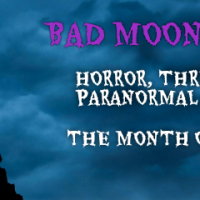 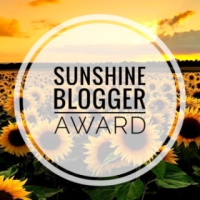