As per Sonic Stadium’s recent news piece, SEGA of America’s Chief Branding Officer for Sonic, Ivo Gerscovich, has shared that there are some exciting things in the works. To be more precise, he said:

Now, this is all hinting towards the plans for Sonic’s 30th Anniversary next year. What could it be? Well, given the success of the Sonic Movie, I fully expect there to be some non-game stuff. Maybe a new cartoon or a confirmed movie sequel. It should be a safe to assume that there will be at least one new game too though. I’d kinda like to see a few. Maybe a new 2D game, a remaster of an old classic, a Sonic Maker style game, and a brand new modern game. I suspect though that we may only get a new modern game.

That doesn’t have to be a bad thing though! I personally enjoy the modern Sonic games. There are certainly things that could be done to mix it up a bit though, and maybe even move the fans away from the current mixed reaction that the games have been getting. So, I figured it was time to put together my wishlist for a new modern Sonic title. As such, you’ll find my ‘Top 5 Things I’d Like To See In The Next Modern Sonic Game’ below.

There are plenty of Sonic fan games that have already experimented with larger, less linear designs, and they show a lot of promise. Even simply utilizing a modernized equivalent of the Sonic Adventure camera system and allowing players to backtrack and try out different things would give the levels much more scope, in my opinion.

Now, I think that Sonic Forces attempted to lean into this a little. The wisps meant that the Avatar character’s playstyle could move beyond the now-familiar boost-style Sonic gameplay. When you look back through the history of the franchise though, we did once have more variety than this. And part of that was due to the different characters at our disposal. In the most recent times, Sonic Mania Plus is perhaps the best example, with the five playable characters each offering new mechanics.

So, what I want to see is the full roster available, even if it means some appearing as DLC. Give us boost style gameplay with character tweaks for the likes of Sonic, Shadow, and Silver. Give us exploration from Knuckles and Rouge. Let Tails, Amy, and Blaze take us in a different direction still. And keep the Avatar too, that was fun! This game doesn’t need to be the second coming the Adventure series, but it should borrow the best parts of it.

Each level should be designed to allow the different character types to find different routes and secrets, thusly tempting players to replay each one multiple times. Honestly though, the only thing I don’t want to see in the game would be wholly 2D levels, simply because I found the ‘Classic Sonic’ levels in the recent modern games to be very hit and miss.

The map system in Sonic Forces was easy enough to navigate, but I did miss the hub world of Sonic Unleashed. It allowed us to learn a little more about Sonic’s world and encounter some nice little NPCs. In a way, this would tie in well with the other wants above. It would provide opportunities to interact with the other Sonic characters you aren’t playing as, and in doing so, flesh out the story a bit.

Other than as a brief Easter Egg, the only time we got to see the Chaos Emeralds in Sonic Forces was when you used the Super Sonic DLC. What I would like to see here would be a return of the Chaos Emeralds as collectible items that you have to actually find in the levels. Again, this ties into the previous points. Having the emeralds hidden in the levels themselves and having you need to switch up the characters to find them would be a nice touch. It’d be like the old Master System games but with a modern playstyle

On top of that though, I would like to see the other emeralds from the franchise appear. The Super Emeralds from Sonic 3 & Knuckles allowed you to turn into Hyper Sonic, and it would be great to see him return. Meanwhile, the Sol Emeralds are Blaze’s equivalent to the Chaos Emeralds and allow her to turn into Burning Blaze. Throwing these into the mix too would open up even more options for how to traverse levels, especially if other characters gain Super forms. 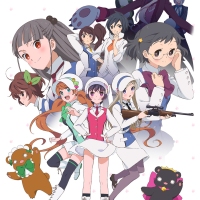 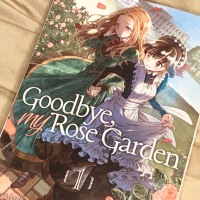