Two years after the end of the world,
Cate and Marco have finally found a place for their people to start over.
Sustainable and safe from zombies, the island is everything they hoped it would
be. It seems the worst may finally be over; they can stop surviving and begin
to live again. But the arrival of two new people sets in motion a chain of
events that throw the island into unrest, and Cate must fight for her love, her
people, and her sense of self. Can the inhabitants of Alcatraz Island find a
way to come together when everything around them is falling apart?
Almost two years before their arrival on
the island, just after the event that ripped their family apart, Marco began an
aimless journey. With his foster family gone—some dead, some vanished—once
again, Marco was on his own and sure it was for the best; other people only
slowed you down, ended up as liabilities, or worse. Alone was good. It was what
he was used to. But on his journey south, he collected other wanderers and
began to consider the idea of a cooperative group or, maybe, a found family.
There was, after all, safety in numbers.
Finally, together on the island,
everyone assumes they are safe. But assumptions in a world run by zombies can
be dangerous. Deadly. There is something going on in the city, terrifying and
unnatural. Something that will change everything they think they know about
zombies. And it’s coming to the island.
The Island is not a stand-alone. It’s
advised that book one, The End, be read first.

The Island
M. Rose Flores © 2020
All Rights Reserved
Cate
Those are not people. The way they move,
the fact that when we wave, they don’t wave back, and the way they are all
shambling toward us down the paths to either side. It all collectively spells
zombie.
“Hello,” calls Calvin.
No answer. Damn it.
None of us has the energy to fight any
more. We spent the whole night fighting to get to the island. We watched our
people get maimed and die; Calvin’s Nana Mae sacrificed herself to save him, my
sister Mel, and their new babies. Five other people died too, though I didn’t
know any of them well. They were all Marco’s people. Now we’re all one
another’s people. What a way to make a family.
Toby is looking pale. His younger
brother Jax, though much smaller than Toby, is doing his best to keep him
upright. The place where Toby’s hand used to be, before it was clawed by an
Abnormal zombie and then cut off by me to prevent infection, is wrapped in a
bandage from what I’m guessing is a very limited supply. I think everything is
probably limited. There wasn’t much time to pack or prepare after Mel’s labor
screams drew in the horde last night. It’s not her fault. Birthing twins with
nothing stronger than ibuprofen must be agony. But we had to leave in a hurry.
We made it all the way to Alcatraz, barely. And now, apparently, we have to
fight again.
I’m too exhausted to cry. We are broken,
for the second time since this all started. It’s cold and drizzling. There’s a
thick fog rolling in. At least it isn’t dark anymore.
“What do we do?” asks Sylvia, holding
her kids close to her body.
“Same thing we’ve been doing,” answers
Marco.
When he doesn’t offer anything else,
Calvin steps in. “We should get the injured and the kids somewhere safe,
right?”
Marco nods.
“They’re still far enough we can
probably slip by them on that road—” Calvin points to the right. “—and come
back out once you’re all safe inside. Shouldn’t take long to clear the island;
there don’t seem to be many here.”
“It’s a big island,” says Marco. “There
will be a lot more up there than you think.”
“Can’t say I’ll be much use,” says
Captain Jacob, stepping forward through the group. He’s cradling his arm. I can
guess what comes next: He edges his sleeve up, wincing, to reveal a definite
bite near his elbow. The veins around it are black, all the way up and down his
arm, peeking over the collar of his shirt.
“Captain,” breathes Amy, our doctor,
“why didn’t you say something?”
“Call me Jacob; I told you. I knew it
wouldn’t do any good. Happened so fast. Had to get us here either way.”
Amy examines the wound, touches his arm
where the veins disappear under his sleeve. “There’s no way this hasn’t reached
a main vessel by now,” she says, feeling his face for fever and shaking her
head. “I’m so sorry, Jacob.”
“I appreciate it, Amy. But there’s no
need. I’ll have to show someone how to drive the ferry. Murray?”
“Of course, Jacob.”
“It has been an honor to know all of
you,” Jacob says. “Marco, you take care of these people. You got us this far.
Soon you’ll all be safe.”
“I’m sorry, Jacob,” says Marco, who
looks on the verge of tears.
“Don’t be. I did my part. I can live
with the result. Or, I guess I can’t.” He chuckles at his own dark joke, but it
turns into a coughing fit that makes his whole body tremble. “Come on, now,
Murray. We haven’t got all day.”
Murray follows Jacob, catching him as he
stumbles getting back on the boat. Jacob looks back and lifts a hand in goodbye
to all of us. He doesn’t have long. Another family member lost, claimed by the
infection.
“We should go,” says Ana, ever the
stoic. “They’re getting closer.”
We move up the wider path as quickly as
we can, although every one of us is exhausted and several of us are in some way
incapacitated, so we’re not as fast as we need to be. The path switches back
and forth as it ascends.
“Stay together,” Calvin whispers as the
first few zombies notice us.
We do as we did last night, shuffling
the less capable into the middle of our huddle as we move. However, now, so
many more of us can’t fight than can. When the zombies get to us, we are less
efficient than we have ever been. It takes me two hits to take down one zombie,
even though I sharpened my axe the other day, and I have to put my boot on its
head to get the axe back. I haven’t had to do that in ages. Calvin gets one on
the first try, but it takes him a second to pull his knife free. Somehow, we
escape. But just up the path, more swarm toward us. Not many, but there are
always more. 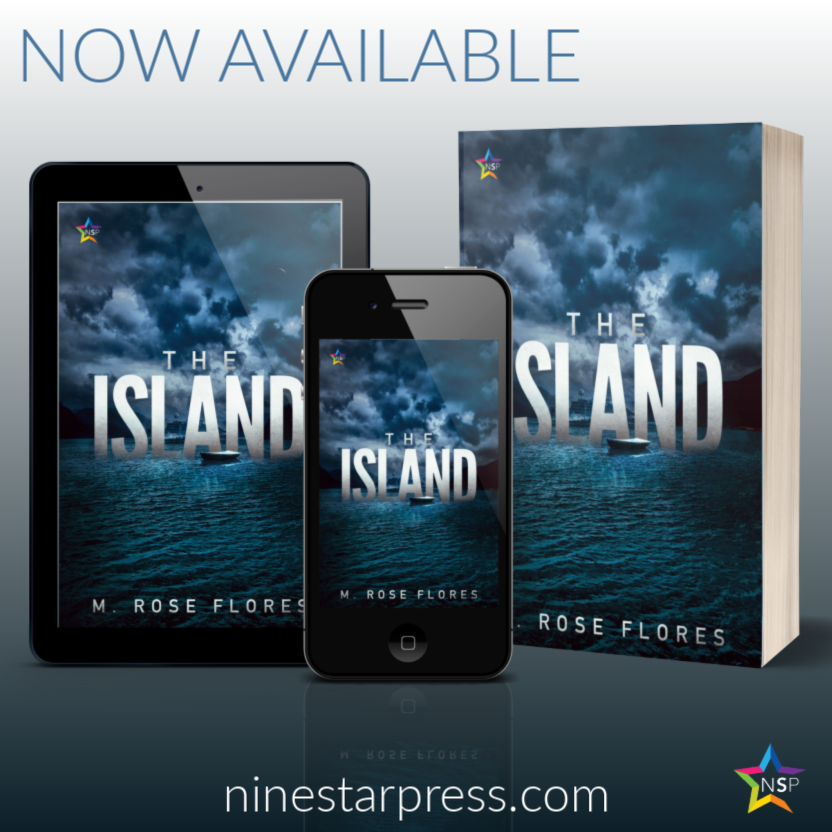 M. Rose Flores has enjoyed writing since she learned how to string letters together. She grew up in the vast green Pacific Northwest of the United States, which with its dense forests, four seasons, and proximity to the ocean made a perfect setting for The End. When she isn’t writing on her computer or in a notebook (though scraps of paper and the palm of her hand will do in a pinch), she works as a professional dog trainer and loves every part of it, even the copious amounts of drool. She believes everyone should be represented in literature and all other media. The End is her first novel.