Series: Out of Time, Book One

On the run from his former allies in 1943, Janos Nagy’s life is turned upside down when he stumbles through a mysterious doorway and finds himself in the hands of the Temporal Research Institute, a covert organization that verifies historical events through time travel.

The year, he is told, is 2041. Wounded, exhausted, and helpless, he’s in a time he doesn’t know and a world that has changed beyond his wildest imagination. Dieter Schmidt, one of the TRI linguists and historians, offers his aid in making sense of this strange new existence.

But Janos’s arrival has broken the TRI’s prime rule of non-interference. It’s not long until someone in the TRI decides that if the rule can be broken once…well, why not break it again?

Chapter One
The heavy rain had lightened, which was a small mercy.

The moonlight, thin and sickly, barely broke through the clouds. The trees shone a dull grey in the darkness. Only the rustle of leaves in the wind and the cries of some small creatures out in the darkness broke the silence.

A soldier broke cover from beneath the undergrowth. He stumbled and slithered down a muddy slope towards the track. Grass and dirt tore beneath his boots, and he caught himself against the trunk of a tree to keep from falling, his breath coming in ragged gasps.

In the distance, he was sure he could hear the howl of the dogs, the hunting party. He gulped down a breath before running onward.

He was armed, it was true, but what was one shot against a legion of men? He could turn it on himself, but he had escaped death once. He had no wish to face it again.

Though rough and little used, the narrow track was easier than breaching the undergrowth again. He had to get as far ahead as he could. They wouldn’t continue the hunt much longer, not with the chill of night setting in, but they might follow just long enough.

Something howled in the night, and his heart slammed against his ribs.

The wind was picking up, whirling around him, the icy rain lashing his face cut through with scalding tears on his cheeks. Running and weeping. No honor. No dignity. All he knew was that he wanted to live.

Ahead of him, the track broadened, which meant it was coming closer to civilization, to people.

He hesitated a moment before plunging off the path and back into the forest, branches whipping at his face and limbs. His foot caught on a root, and he fell, rolling down the slope. He crashed into a stream at the bottom, breaking through a film of ice and plunging into the frigid water below. The cold it cut to the bone, so sharp he couldn’t even draw breath to cry out.

Blindly, he tried to find purchase on the bank. He fell forward heavily onto the ground, a thin keen of pain escaping him as he crushed his left arm beneath him. Warmth spread from the limb. The wound was open again.

A shout cut him off.

Lights glowed, flickering lanterns visible, like fireflies between the trees.

He pushed himself onto his knees, keening in pain, and grabbed at the low branches of a tree to pull himself upright. Splinters of bark cut into his skin, fresh blood warm on his hands. His legs were numb with cold and pain, but he ran.

The bitter wind cut into his throat and chest. He pushed deeper into the thicker, denser undergrowth—somewhere to hide, somewhere safe, somewhere unseen. Thorns tore at his face and hand, and he tasted blood in his mouth.

He was scrambling over a fallen tree trunk when it gave way beneath him. His ankle folded under him, and he yelped, falling onto his knee. It was only when he fell that he saw the hollow beneath the fallen tree. A hiding place.

Breathing hard, he squirmed through the gap, the tree and ground tearing at him, at his clothing. It was a small space, tight and narrow, but enough to shield him. He pushed dirt up to block the opening, his nose and mouth full of the taste of moss and mud, and lay still and silent as the grave. 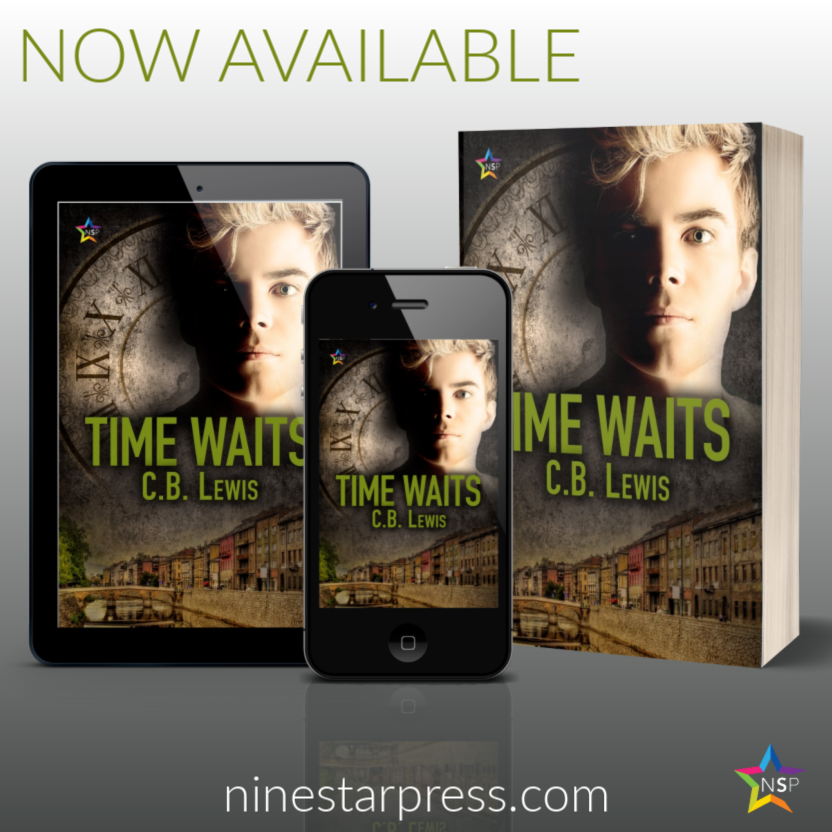 C.B. Lewis has been making up nonsense since she was able to talk. Now, she puts it into computers and turns it into books. She is chuffed to bits to officially be yet another one of the collective of authors from Edinburgh.