Hey everyone! It’s my birthday today. If you’re wondering, I’m the ripe old age of 36. Mostly, I’m keeping things quiet in that regard. I’m not great socially, so a relaxing day with family is actually far better for me than going out or anything like that. But I do want to use it as an excuse to give you all a proper update as to what’s happening with me and why there will be some changes on the site going forward.

Life, In General, Is Not So Great

I’m going to start with the personal stuff. Largely because it’s not particularly great, and I’d rather get it out of the way and end the post more positively.

I’ve been struggling. More than I tended to let on. I’ve written before about the mental health issues that have been affecting my kids over the last few years and talked a little about how hard it is to deal with, both for them and for me as a parent. Well, I hit my breaking point. It wasn’t really any one incident that did it, it was more that things have been piling up over time.

The main thing though is that a few weeks ago, I collapsed on our sofa and couldn’t do anything but cry for a little over an hour. Honestly, pulling myself out of that was rough. It’s the closest I’ve felt to my lowest in a long time. The one good thing that came from it is that it forced me to take stock a little and actually reach out for help.

I have a lot of problems right now, most prominent of which are some very negative urges that have plagued me for years and are now ramping things up. I want to say here that there’s no need to worry. I have no intention of doing something bad, but it is wearing me down to exhaustion. Luckily, my doctor is very good. He’s been supportive. More so than any other doctor I’ve had, in fact. I’m working through the referral process for some therapy. I want to beat this. But I’m at a point where I can’t do it alone anymore.

As a bonus to all of this, my physical health is continuing to decline. My joints are getting stiffer, and my sleep is more erratic. Worse is my grip strength. I’ve gone from having a day where gripping things is hard once every three to four weeks to having multiple over the last two weeks. To put that in perspective, my inability to hold things properly – and the accompanied reduction in spatial awareness – has led to me pulling down a shelf of pasta sauce (glass jars) in the supermarket, breaking a plate at home, knocking over a shelf of mints and chocolate bars at a local shop, and finding myself incapable of putting the cap back on the milk bottle at home.

I’m hoping I’m just having a bad few weeks. It worries me though. As to what it is, we still don’t know. The rheumatoid specialist I saw was intent on ignoring all the symptoms that I hadn’t already reported to my GP and left me in pain after how rough they were during the physical exam. Their initial thought is that it’s degradation in muscle strength due to stopping wrestling ten years ago. I’m going for a second opinion largely because things are getting worse and I really don’t buy that I just haven’t noticed my body falling apart since 2010.

One way or another though, we’ll figure out what it is and move forward from there. Again, my doctor is great and has been really supportive.

Writing, on the other hand, is going well. Half-Light, the final book in my Cassie Tam Files series is now out and so far, the reaction has been positive. It was a strange one to release really, because I’ve been writing these characters for years now, so to finish their story feels odd.

I got One-Star Charles’d too! If you’ve never heard of this, it’s basically this: there’s a user on Goodreads called Charles. Charles hunts down every book they can find with a lesbian protagonist in it and scores it one out of five. Even if the book isn’t out yet and no ARCs have been sent to reviewers. Which would mean that they couldn’t have read it. Charles basically just hates lesbian books.

At the time of writing, Charles has hit both Addict (Cassie Tam 1) and Half-Light (Cassie Tam 5). What’s interesting is seeing the effect of it. For Addict, it makes no real difference. The book is nearing 100 ratings anyway, and the average score is high, so all it’s done is drop it to just below four stars. For Half-Light, it actually dropped the average to below three stars until the legitimate reviews started rolling in. It’s barmy.

Meanwhile, I finished my final draft of Ailuros. This is a complicated book. It’s a sci-fi horror story, but what parts you choose to read alters the story. By that I mean, if you ignore the footnotes, it’s kinda a homage to Alien. If you read the footnotes too, it’s Alien meets Inception. If you read the final footnote and find the hidden messages in the main text, it’s a dystopian novel. I really enjoyed putting it together, and right now, it’s under consideration with some literary agents. Will anything come of it? I have no idea. I hope so though. If I can find an agent that enjoys and believes in my weird little stories, I would be over the moon.

I’m getting back on track with the short fiction too. Moonlight, which features one of my stories will be out soon. I have four others under consideration for other anthologies too. I really hope some of them get selected. I want to get more anthology appearances in.

I have an idea in mind for one of my next novels now. It’s untitled at the moment, but it may be an experimental body horror. On top of that, I want to rework an old series into something better. It’s a busy time if nothing else!

So, the VN kinda fell to the wayside. The reason being that, well, the first section of this post happened. But, I’m working to get back on track with that. At the time of writing, it just needs testing before I release it. I’m also considering what it would take to work a survival horror game I had in mind. So, no big updates as yet, but I’m getting there.

There are changes afoot. In a way, nothing major, mind you. You may have already noticed that I removed the targeted ads from the site. The interesting thing with that is that my traffic increased shortly afterward. Now, I did it so that I could concentrate on Patreon. That has been going…not so well. A few weeks in and I have zero Patrons.

The thing is, I’m not too worried. I’m sticking with it for a little longer and, if I can’t get any traction…I’ll simply change it up a bit and try again. If that doesn’t work, I can put it down as a failed experiment. It isn’t the end of the world though. I do have a few potential sponsored posts in the pipework, and I get the odd freelance writing job here and there – radio ad scripts, business e-mail templates, that sort of thing – so it’s not like Patreon failing would result in the demise of the site.

However, with the way things are going at home, I’m definitely going to be altering my content a bit. For one, I’ll be ceasing the Star Trek: Picard reviews. These are actually far less viewed than my other posts. While not negatively received, they do take me a long time to do, so the lower view numbers kinda make them harder to justify.

So, what will replace these? Well, we’ll see. Historically, anime, books, and comics seem to be my most popular post types. Maybe I’ll just switch it for another weekly review series around these topics. I’m honestly not sure yet. I may try a few more retro video game posts. I would like to do more non-review stuff too. Opinion pieces, or fun posts. I’m kinda tempted to start running regular lists and random blog posts. Time will tell what happens!

And…that’s about it. I guess it’s fair to say that life has been up and down. The lows are terrible. There’s potential to climb though, so I’m trying to focus on that. Anyway, thanks for reading everyone. Honestly, you’re all awesome.

5 thoughts on “The Good, The Bad, and The Birthday” 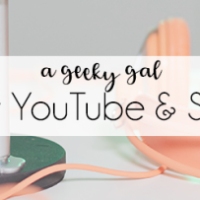 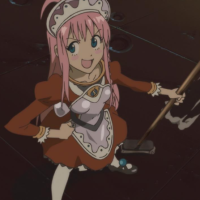 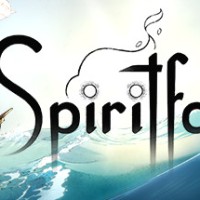 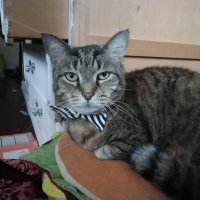 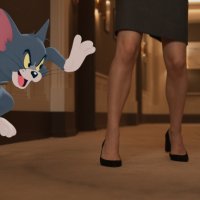 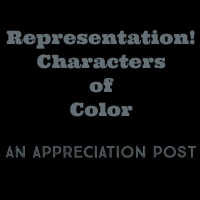 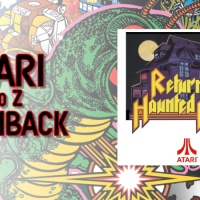 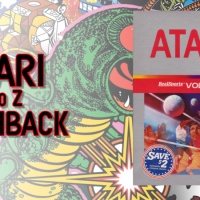