We open with Tony Gunn entering the arena. He passed a couple of different members of the roster, all of whom were clearly not happy with him. Dustin Jackson and Randall Floyd confronted him about his recent behaviour, but Tony gave no answer to their push for an explanation. He walked off as we faded to the commentators. They ran down that nobody trusts the former champion, and threw us over to…

It was a nice video package. My favourite moments included: Megan Bayne defeating Madison Rayne. The awesome entrances for Entourage 2.0 vs Mr and Miss Marvellous and a post-match marriage proposal. Tony Gunn turning on Sami Callihan in the oVe vs. OVW tag match. Justin Smooth stealing another win over Corey Storm.

The Champ Is Live, The Storm Approaches, and The Man-Beast Arrives

Justin Smooth walked out unannounced and took the microphone from Gilbert, then entered the ring. He talked about his successful OVW Heavyweight Title defense against Corey Storm and claimed it was a clean victory. He put Corey over but said that while Corey is good, he is a megastar. That brought the young star out to the ring.

The crowd was chanting Corey’s name before he even started talking. He told Justin that he was lying, and Corey was clearly the better man at Fight For Freedom. Corey put Justin over, but like the champ, put himself over more. Corey entered himself into the OVW TV Title Gauntlet Match, which made Justin laugh.

Smooth explained that he viewed the TV Title as a big drop from main eventing the show. The new OVW TV Champion Rhino then came out to the ring. Rhino got in Smooth’s face and demanded respect for the TV Title. Smooth said it was an honour to have Rhino as champ and made a quick exit. Rhino then turned his attention to Corey Storm, and the veteran told the rookie that he was giving it 110% tonight. Corey said he was bringing 120%.

That was an enjoyable segment. Smooth continues to shine as the arrogant heel champ, we got some direction for Storm after two main event losses, and Rhino got to make a TV appearance. Good stuff.

Champions Ca$h Flo & Jay Bradley were accompanied by their stablemates Josh Ashcraft, Hy-Zaya, and Zo. This one is coming about because King’s Ransom scored the pinfall over Ca$h Flo at Fight For Freedom and is a continuation of the long-running feud. The commentators interestingly noted that the Legacy of Brutality was planning to sue Freebird Rule to defend the titles, and…Hy-Zaya and Big Zo jumped King’s Ransom to start the match instead of the regular team!

This was an interesting pairing because Zo was a last-minute substitute when Maximus Khan lost the tag titles to Bradley and Flo. Zo turned on Maximus to cause the title switch. The early going saw the LoB using the numbers game and referee distractions to keep the advantage. In the end, Maximus scored the pin after a spear on Ca$h Flo, only for Josh Ashcraft to point out that he wasn’t I the match. The distraction allowed Hy-Zaya to score a roll-up to retain the titles.

This was an odd match. The first hot tag to Leonis, unfortunately, led to some sloppy work with some mistimed attacks that left Zo having to stand around and wait. The second hot tag, this time to Maximus, was better, but the crowd wasn’t as loud as I expected. I did like the Freebird Rule use though, and the finish was decent.

Miss Marvellous was backstage congratulating Megan Bayne. Megan said she can’t wait to see who she faces next, and Miss Marvellous said it was going to be marvelous. A hint at the next challenger, perhaps?

Hanging With The Rich Kids

Nigel and Chace came out to tell everyone how good they were feeling. As a result, they were feeling generous, and so were offering one lucky person to earn $500. To that end, they had a challenge for someone in the crowd. They invited Becky, the merchandise stall lady, to the ring and told her what she had to do: walk Nigel’s drink from one ring post to another, balancing the glass on her hand. She started off well, but as you’d expect, Nigel knocked the glass out of her hand with his polo mallet. They called her pathetic and left.

I’ve always liked these guys, since first seeing them as The Void. This is a major change in character for them, and I’m hoping they grow into the role a little. As it is, this was a good segment, so the signs are good.

Out first were Lee Holliday and Ashton Cove. Ashton started strong with a sneak attack but soon fell prey to Holliday’s Jack and Coke (Vertical Suplex rolled into a Jackhammer). Dapper Dan was out next and attacked Holliday before he had a chance to register his opponent being there. Holliday scored the win after Dan missed a cannonball in the corner.

Drew Hernandez entered next. Surprisingly, he was almost squashed here but managed to get an eye rake to set up his powerbomb finisher for the pin. He jumped the next entrant, defending champion Rhino, the moment he hit the ring. That was enough though, and the Gore got the quick win.

The final competitor was, of course, Corey Storm. These two had the longest match of the gauntlet, and that’s no bad thing. Both guys got a few good shots in here, though a lot of the focus was, as you’d expect, on Rhino. In the end, Storm took everything the former ECW champion had, but wouldn’t give in. After avoiding a Gore, he hit the Category 5 for the win and the title. After the match, Rhino raised his hand in a show of respect.

The opening sections of the match were fairly throw-away, but Storm vs. Rhino was decent. There were a few moments where Rhino was ‘stunned’ for a little longer than was comfortable, but he did a good job in putting the youngster over.

Smooth came out, looking really please for Storm, then decked both competitors with the OVW Heavyweight Title Belt. After celebrating his actions, Smooth took a Gore to close the show. This was executed well enough, but I do feel like it devalues Storm a little. Unless this is leading to Smooth vs. Rhino, having the veteran stand tall after the big loss to the up and coming star seems unneeded.

Finally, we got a very short video room Aamon, declaring that his war with Sinn Bodhi. Is. Not. Over. This is perhaps the best use of Aamon, in my opinion. Sinn is a good foil for him.

That was a watchable show. The problem was, the audio was a little inconsistent. The crowd definitely needed to be turned up a little as whatever was being sued to mic them wasn’t quite picking them up. That does show how over Corey Storm is though.

MVP: I’m going to give this to Chace and Nigel. While the routine isn’t quite there yet – though crowd reactions were hard to gauge due to sound – they’re working hard with the new gimmick. The angle they ran was very Late 1980’s to early 1990’s Million Dollar Man, and honestly, they did seem to be throwing themselves into it. So, well done.

Best Match: I’ll say the closing collision in the OVW TV Title Gauntlet again. While the rest of it wasn’t anything special, Storm and Rhino did a good job in their match. The main thing there was to get Storm over, and that is exactly what they did.

Best Angle/Promo: I’m giving this to the Smooth/Storm/Rhino segment at the opening of the show. It put everyone’s position across well and made sure that the key points were pushed to the crowd. Good stuff. 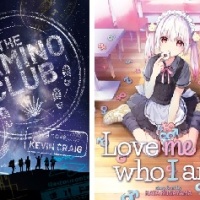 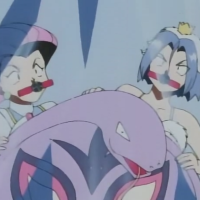 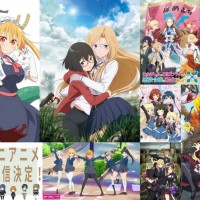 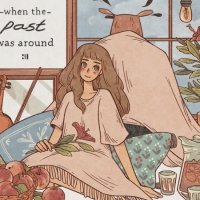 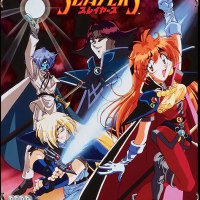 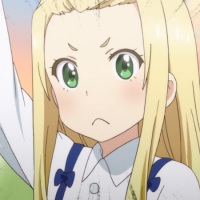