In terms of older posts, there was quite a lot of traffic last week, which was really good to see. So, these are the top 3 most viewed older posts:

I was sort of expecting those to appear to a degree. With Pit Fighters, I reviewed the second book, so it made sense for people to look back on what I thought of the first too. Magical Sempai has been a popular one too, even with my mixed feelings about the show. Still, it was good to see some new blood in there.

What can you expect this week? Well, there’s going to be a bunch of different stuff again. In terms of anime, I’ll be catching up with Fire Force, as well as continuing with Magical Sempai. You can expect a couple of comic reviews as there were two new Sonic the Hedgehog releases recently. I’ve got two wrestling posts, as I’m not only watching OVW but starting MLW too. There’s also a guest post and two LGBTQ book spotlights as well.

In terms of my own projects, I’m working hard to find sponsors for the site. Every little payment I get helps though, so if you have the spare change, please do consider using my Ko-Fi link at the bottom of the post.

Writing-wise, things are progressing. The final Cassie Tam Files book is now with the publisher for review, so fingers crossed I have an update on that soon. Meanwhile, I have two more short stories under consideration for an anthology. I’m hoping at least one of them get picked up, but that won’t be announced until November. I’ll be keeping my eyes open for more opportunities in that regard though.

Oh, and I finally have an external microphone and new camera. Which means that videos will be coming sooner rather than later at long last. Keep an eye out for those! 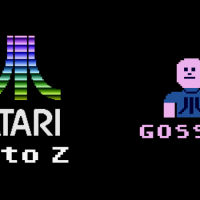 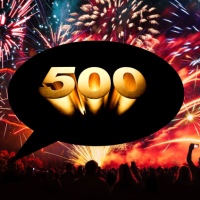