A lot of flirting.

Why does he have to play so hard to get?

Getting stuck in early rush hour gave him more time to process Titus’s death. He grabbed his journal when traffic went to a crawl, flipping toward the back to find the section on his siblings. His heart hurt at having to write down the details of his brother’s death.

Sharp honking and swearing from the car behind him refocused his attention on driving. Impatient asshole. Iggy decided to pull off the highway and take the long way to Lalo’s house. He’d rather be driving than sitting in traffic for ages while Denver police figured out how to move damaged cars to the side of the road.

Lalo Pavia had been one of Iggy’s best friends since they met in school. Lalo had been around eight years old and the kid everyone picked on mercilessly; Iggy, three years his senior, had never been anything other than one of the most popular boys. They’d met in the cafeteria, bonding over a mutual obsession with putting potato chips in their sandwiches.

Almost thirty years later, they were as close as ever. Though not close enough for Iggy.

Iggy considered Lalo to be the strongest person he’d ever known. Lalo had lost his parents at a very young age after a car accident; one foster family after another had followed.

Even now as an adult, Lalo never talked about being in foster care. Iggy knew from Father Salvatore, who ran the garden at the Jesuit compound, that several families had given up on Lalo because he refused to conform to their standards. Assholes. As if being autistic makes him an alien or something.

With dark brown hair, golden-toned skin, and bright green eyes, Lalo looked the spitting image of his Spanish father, at least according to the one picture he had. Iggy knew Lalo had a touch of insecurity around his heritage. Orphaned so young with no living family, he might never know what had brought his father from Spain to Colorado.

All Lalo had was photos and a name. Iggy, even with his questionable paternal link, had more of a solid family foundation. He didn’t even know if being autistic came from his mother or father’s side.

Lalo claimed his brain just worked on a different operating system than “the norms.” He had a wicked sense of humor—and a great ass. Iggy had been hopelessly in lust with him for the last ten years.

And love, if I’m honest with myself.

Maybe even in love longer than lust. And Lalo was hopeless when it came to anything even hinting at a romance. Or sex. Or even kissing. 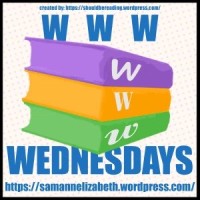