A big thank you to Jiraiyan over at Otaku Orbit for nominating me for the Sunshine Blogger Award! As is always the case with these tags, I’ve been terrible with getting a response out. I mean, this was from way back in February! Regardless though, the rules are simple. Display the tag, answer questions, and return the favour. So, let’s get straight into them!

What’s your favorite anime genre. Why?

Hmm…I’ve always had a soft spot for sci-fi stuff. A lot of that really comes down to be a fan growing up. As a kid, most of the stuff I read and watched was sci-fi, fantasy and horror. While I loved all ends of speculative fiction, it was sci-fi that grabbed me the most because it felt like it was a real progression from where we are. Anime has always been great with that sort of thing, especially at the cyberpunk end of things.

What’s your favorite series in that genre?

As tempted as I am to say Psycho Pass, honestly, I think it’s Ghost in the Shell: SAC. I always did have a soft spot for Masamune Shirow’s work, and GitS is the best of his work in terms of adaptions, I think.

How often do you blog?

Daily, Monday to Friday. I try to have at least one post up every weekday, but mostly do more than that. Some of it comes down what else I have going on though. Like, if I’m working a book, there aren’t likely to be three posts a day.

What aspect of your blog do you love the most?

Right now, finding lots of cool new things to write about. When I started out, I just did the odd anime review and some book promotion for myself. Now though, I cover so many different things, and I love the freedom of that.

Experiment, and don’t’ let view numbers get you down. If you keep pushing at it, you’ll find what works for you, and that’s when stats will grow. Just write about what you enjoy to write about and concentrate on being happy with your work.

What anime/manga series are you looking forward to?

Crikey, that’s a tough one. I’d say that I always look forward to anew Flying Witch manga release. If we get another season of either that or Amanchu! I’ll be excited too. Otherwise, I tend to drift from series to series as I see fit.

Which is worst, anime video games or movies?

It really depends what you’re looking for, I think. My experiences with both is fairly limited, and even then, they aren’t adaptions of things that were anime first. The thing is, when you adapt something from one format to another, there are always going to be things that you simply can’t do in the new medium. That’s why things like the Bleach movie stray from the anime and manga adaptions. And the Attack on Titan game of course loses some of the character connections because it focuses on the action, right? So, I don’t think either is fundamentally bad, they just cater to different audiences.

Which video game universe would you like to visit?

Sonic the Hedgehog, hands down. It’s the most enduring franchise for me, along with Teenage Mutant Ninja Turtles, and honestly, Id just love to hang out with Tails and Blaze.

Which manga series would you like to see become an anime?

Psyren. I thought that it had some really good ideas, and the characters were interesting enough, if clearly set within the normal shonen tropes. When it was cancelled early and the ending had to be rushed, I thought it was such a shame. An anime adaption that lets things paly out the way they were planned to would be great!

What’s your most popular post? Why do you think that is?

Manga vs. Anime: Attack on Titan. There are a few others climbing up behind it, such as my comic reviews for A&H Club and MEN+MONSTERS, and my Dogman: Fact or Fiction? post, but this one remains the most viewed ever. I think that what it comes down to is that Attack on Titan is popular enough that people go searching for details about it, and plenty of people want to know whether there are significant differences between the two versions. Since this covers right up to the first half of season one, it’s a great jumping in point for people.

If you could transform into a mythological creature, which one would it be?

A shapeshifter. I’ve always loved werewolves, but the propensity towards killing would be a problem. So maybe a Kitsune? I’d love to be a trickster fox.

Now, the next thing I need to do is ask 11 questions and nominate some other people. Well, then, let’s see what I can come up with.

So, feel free to join in or ignore as you wish. 🙂 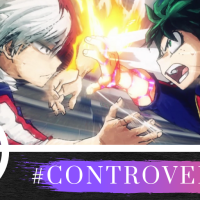 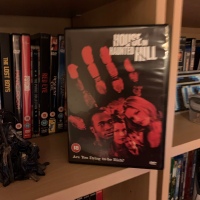