Hey everyone. I’m in a bit of a playful mood right now. So, while sitting here pondering what to write about, a thought hit me: let’s make up a conspiracy theory! I’m not talking big Government cover-ups or anything, I’m talking about something smaller. With that in mind, I thought I’d broach the situation surrounding the Sonic the Hedgehog Movie and what is absolutely not happening, complete with a click-bait title. Let’s have fun pretending though.

Now, if you’ve missed everything, the timeline here is pretty much this:

But…what if causing outcry was the plan all along?

You read that right. The thing is, anger is a powerful emotion. It is, of course, a perfectly natural thing to feel too. But it’s also something that can be manipulated far easier than happiness, because when you’re happy, you don’t necessarily feel the desire for something better. And let’s be honest here, those of us that consider ourselves part of fandoms will have seen time and time again how emotional some of us can get when this heavily invested in something.

So, picture this. Paramount gain the rights to make the Sonic movie. They decide that they don’t want to make a CG-based film, even though that would likely be the preference for most fans. Their reasoning is likely two-fold:

As a result of this, they come up with the buddy cop idea. This ties in with their reasoning for the style of the film too. For one, buddy cop movies were pretty popular in the 90’s when Sonic was first conceived. Films like Lethal Weapon, Rush Hour, and Last Action Hero are fondly remembered by those in the age demographic that likely played Sonic when he was new. At the same time, they’re also popular now, with entries ranging from the Jump Street films to Zootopia.

However, the staff involved have spoken to SEGA. Some of them are even part of the fandom. They know that this won’t go down well. But that’s fine, because there’s a way to make it work: let the fans think they have control.

And so begins a tale of intentional damage, purely to instigate a perceived damage control.

That first set of posters put a lot of focus on Sonic having buff legs compared to his various game and animated appearances. I suspect that this first part of the plot was created with a sense of fun in mind. Sonic is the subject of many a meme, and images like these were going to play into that very easily. Which is exactly what happened. People were upset, sure, but the sheer amount of memes created based around Sonic’s legs – not to mention what his face potentially looked like – was astronomical.

This served two purposes. First, it got people talking. Second, it sent them headlong into two primary emotional responses: concern and anger. Why would they make changes to such a recognizable design? Why would they change something as iconic as the shoes, build, gloves, etc.? Now people were waiting to see more, all the while preparing to let loose their rage.

Then the full colour designs leaked. That was intentional. The thing here was that the pictures were very quickly declared unfinished. The idea was to show the changes and cultivate the angry response, but also leave fans acknowledging that it’s not as bad as they thought. That last bit is important, because it leaves a slither of hope that people won’t even notice has taken root. That little bit of hope will come into play soon.

The trailer finally arrived, giving fans their first real look at the film. People’s reactions descended into utter horror. Sure, the strange choice of using Gangsta’s Paradise was likely to play into the attempt to please older fans, but the focus was clearly meant to be on Sonic himself. And boy did the Blue Blur come out of it looking bad on social media. People instantly started remembering the 1993 Super Mario Brothers film and all the weird changes that the studio made from the source material. The famous hedgehog’s teeth, hands and eyes all came under scrutiny. People legitimately hated the design.

But it did get people talking again. They were voicing their opinions over the ever-powerful tool of social media, completely unaware that they were doing exactly what Paramount wanted.

Then came the big moment. Jeff Fowler, director of the movie, waded into the carnage and made a peace offering: the studio is listening, and they’re gonna change the design. He even included a hashtag: #GottaFixFast. This was a reference to the film being due to release in November, leaving the studio very little time to fix the mess. That led to the previously mentioned mix of celebration and concern for the staff. This was, in fact, the biggest, most important part of the plan though. Now, two things were happening, both of which would have similar outcomes.

First, fans believed that they were effecting the film in what they viewed as a positive way. This was furthered by Sonic’s creators tweeting messages (pre-agreed with Paramount) about how awesome the fandom is and how much power they have. The result of this is that any changes made to the design will be met with joy. It also means that fans are less likely to notice the bad stuff, and will instead focus on the big victory: they made the studio change the design, and that’s a win for Sonic fans. Even if it’s not identical to any previous incarnation, it was the fans that created this, and that makes them more forgiving. They’ll see the film, and they’ll say they enjoyed it, because that seed of hope that was planted earlier allows them to believe this outcome is great.

Second, those who weren’t celebrating were growing sympathy for the studio. Even those that hated the design now believe that the changes should not have been made. Staff will be overworked, and the director’s vision will be altered. Why? Because we couldn’t just enjoy it for what it was, or just take it as ‘not for us’. This group will absolutely go and see the film, not because they think it’ll be good, but because they feel responsible. Buying into it is a way to apologize for causing the changes, to both give back to those involved, and to placate their own guilt. They’re more likely to not enjoy the film, but they’ll spend their money anyway.

And here’s the kicker: the studio don’t actually have to change anything. At all. Why? Because the final design is already done. It won’t be the same as the games, the cartoons, or the comics. But it’ll be closer to it all than the one in the trailer. See, the shots of Sonic in the trailer were created specifically for that short video. They only exist in the trailer. The actual film? That already has a different design. The thing with the trailer was that it had to be noticeably different to the actual design or the plan would fail. Now, it’ll look like the studio went out of their way to make changes, even though they didn’t really have to.

Paramount have tricked us all, and SEGA were in on it.

You need proof? What is the most common type of conspiracy theory? World Governments covering up alien life. Sonic is supposed to be an alien in the film. That’s a big a hint as you need. The truth is being covered up, and we don’t need Mulder and Scully to see it.

Of course, this is all made up. I said as much at the start of the article. The actual truth is that Paramount and SEGA have been trolling us all along. Almost the entire trailer is fake apart from the war room scene and the final shot of Robotnik looking more like himself. When the second trailer airs, we’ll see that the film isn’t actually a buddy cop movie at all, but more of a clash between Sonic, Robotnik, and G.U.N.

Or, you know, the studio could have just listened to the fans and decided to make changes on the grounds that it’ll placate the older fan base but not affect the kids they want to see the film. Still. It’s fun to pretend.

7 thoughts on “The Sonic Movie Trailer Is Fake! Paramount And SEGA Tricked Us!” 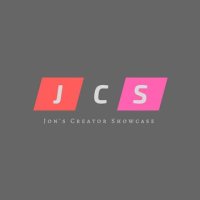 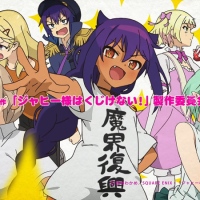