In a world where witches have been revered, a cataclysmic evening
changes everything.
Natalsa, the last witch, must find out what has robbed her of her power. But
more than this, she must protect the world from the new order that
has arisen, and cure a sweeping disease that threatens her new home.
There is evil to be undone, and Natalsa may have to sacrifice it all, in
order to save those she loves.
Goodreads * Amazon
EXCERPT

Natalsa looked out and saw Leon and his men still there, in their spot, but they were eating. Natalsa took the time to see to the wounded in closest proximity to her, and on other rooftops, others began the same ministrations. The respite was too brief, for after what seemed like mere minutes’ rapid claps of thunder were heard from above, and what was formerly a bright blue sky was now full of purple clouds. This was the moment that she had been most afraid of, and when her stomach sunk to her knees she barely had the will to pick it back up.

“They come now.” Natalsa yelled to the remnant of the village. “Take arms, and –”

“And rip their damned throats out if you’ve got to!” Thomas called from below, and he pointed his sword to the sky.

Chad McClendon is a 32 year old author who studied English & Creative
Writing at Northern Kentucky University. Chad has been published most
recently through Crossed Heart, as well as in several online
publications. He has won various awards for Fiction Writing. His
short story, “Uploaded Vengeance” is now available in “One
Night In Salem” by FunDead Publications.
Chad attended high school in Alexandria, Kentucky at Bishop Brossart High
School. He was a founding member of Monday’s Child, a volunteer group
that worked around the Tri-State to better the lives of others. He
was active in French Language competitions, and a general
troublemaker otherwise.
He and his wife, Briana, have two daughters and one boy . In his free
time Chad enjoys camping at Red River Gorge, playing video games and
also swimming. Authors who have inspired him include Stephen King,
John Steinbeck, William Golding, J.K. Rowling, Margaret Weis, Tracy
Hickman, and others.
Website * Facebook * Twitter * Instagram * Amazon * Goodreads 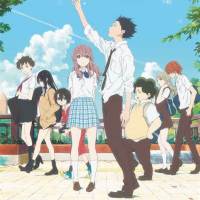