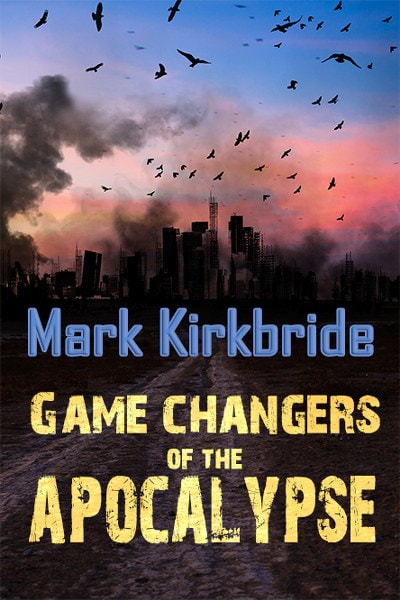 It’s always the end of the world when you break up with someone. This time
it really is… Everyone on the planet has mysteriously disappeared,
leaving exes Greg and Polly. They’ve survived the apocalypse, yet
shouldn’t have. Battling each other and a malevolent entity that
teases them with their fate, how long can they remain ahead? Even
more terrifying than everyone else on the planet disappearing is
what’s about to take their place…
Goodreads * Amazon 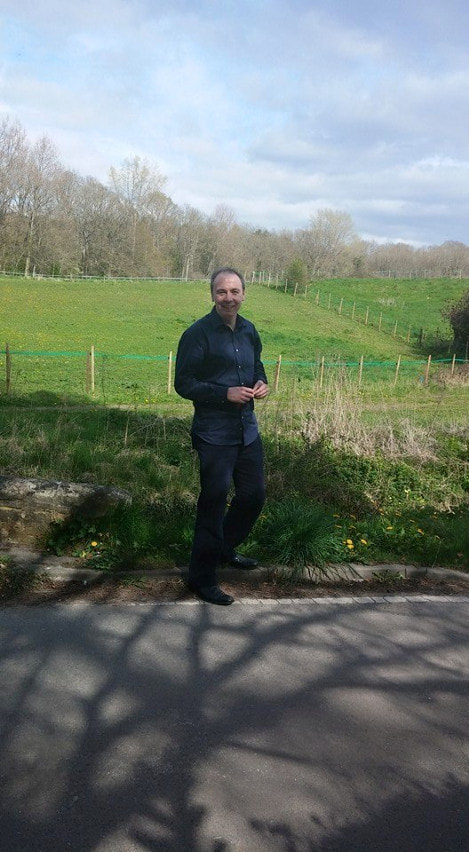 Mark Kirkbride lives in Shepperton, England. He is the author of two
novels, Game Changers of the Apocalypse and Satan’s Fan Club, both
published by Omnium Gatherum. His short stories can be found in Under
the Bed, Sci Phi Journal, Disclaimer Magazine and Flash Fiction
Magazine. His poetry has appeared in the Big Issue, the Morning Star,
the Mirror and Horror Writers Association chapbooks.
Website * Facebook * Twitter * Amazon * Goodreads
EXCERPT

They descended stone steps to the Thames Path. Black water shimmered in the light from globular lamps, which recast the world in black and white. Water lapped the wall below. A pair of shadow-giants stalked the buildings above.

Their footsteps echoed in the lonely night.

A dog barked on the other side of the river. Running feral or spooked by something?

The breeze caught him side on, making him wish he’d taken Polly’s advice and put something on over his GANT short-sleeved shirt.

He reached for her hand.

“Where do you think they went?” he said.

In her Joules dress, on her Ravel wedges, she looked round. “What?”

“Everybody.” He glanced at some charcoaly flowerbeds. “I mean, where are they?”

Laughter erupted from him.

Then the smile fled her face. “Think it was another Chernobyl?”

He held his other hand out, turned it over. “How come we’re alright?”

“What’s that bomb that gets rid of people but leaves buildings intact?”

“Oh, the neutron bomb, yes, yeah, that’s a good one. Surely we’d have heard it, though. And there’d have had to have been lots.”

“What about a gamma-ray burst from a hypernova?”

“The celestial equivalent. Thing is, there’s none near enough.”

He swallowed. “Maybe the chosen rose and we… didn’t.”

Her head jerked back. “What are you saying? We overslept on Judgement Day?”

He coughed. “Well, the thing we need to try and work out is…” A moth blundered against his lips. Swiping it out of his face, he dry-spat.

Her hand slipped through his and out. “Oh, my God.”

He stopped, whirled around. “What, baby?” Her hand cupped her mouth. “Baby, what?”

He followed her line of sight. High up on the brickwork above, something small, pale and round protruded from the mortar.

He placed his hand on her shoulder. “It’s just fungus, love.”

He could feel her trembling.

He couldn’t have heard right. “What?”

He positioned himself in line with it, a few feet away from the wall, stared up and had to concede that it did have the convolutions, flutes, knobbles and fleshy coloring of an ear. Yet it couldn’t be. Could it?

Polly let out a moan. “You know what it’s doing, don’t you?”

“What?” He shifted his weight from foot to foot.

The lights along the river went out one by one. Blocks of darkness caught up with them.

A click from her throat as cavernous night swallowed them. “Oh, God… It’s all starting again.”