It’s time for…WWE Royal Rumble 2019! The Rumble has long been a favourite of mine in terms of PPVs, and this year’s card is looking really good. But who is gonna win each match? Let’s have a look at my predictions.

What a difference a year makes. Nakamura has moved from winning last year’s Rumble to being in the pre-show this time around. Honestly, it’s such a shame to see, but what can you do?  The match will be fine, and Rusev will retain, because it doesn’t make sense for him to lose it so soon.

This is all very thrown together, but I expect the 205 Live crew to put on an excellent match here. Really, as much as I’d love to see Tozawa rise to the top again, the only result I can see is Buddy Murphy retaining.

I expect this to be the match where these guys really cut loose and put in their best performance together in a WWE ring. As to the result though, that’s one that I find hard to predict. It doesn’t really make sense to me for Bryan to lose the title just yet, but at the same time, I wouldn’t put it past them to switch back to Styles either. My gut is saying Daniel Bryan retains though, so I’ll go with that.

Okay, so Finn Balor has made the announcement that he will be competing as himself, not as The Demon. If there was ever any doubt as to the result of this one that should probably put it to rest. You see, Finn’s alter ego is being protected. Not only is it suitable to be a role that he draws on in dire situations, it’s one that needs to not be overused. As such, this makes sense. It also means that Brock is likely retaining though. On the plus side though, I can see Brock really putting the effort in here, leading to the two having a great match.

This one is a real dream match, right? Becky Lynch is on fire right now. The long term plan is obviously going to be to get her in the ring with Ronda Rousey, so that’s gonna play into the long term impact of these results. As such, it does play into my prediction for the Women’s Rumble Match too. I’ll get to that alter though. I foresee Asuka retaining here.

Best Ronda performance to date? You bet it will be! This is going to be a real highlight on the show, and it’ll be designed to make sure both women come out of it looking great. Honestly, I don’t see this going any other way than Ronda retaining, but it’ll be great either way.

This is going to…exist. I don’t think this will be a bad match by any means, but it’s likely to be the weakest on an otherwise stacked show. The problem I have is that the whole thing really could go either way. In an ideal world, The Bar would be going over, but Shane has a habit of taking the win here and there, and The Miz is always in the mix. I’m going to keep my fingers crossed though and say that The Bar retains.

As always, we don’t have everyone announced, so there’s always scope for some surprises. I’m going to guess that the final four are Seth Rollins, Drew McIntyre, Rey Mysterio and Samoa Joe. That’ll leave it open for both brands to have an instant title match set up. On those, I foresee Seth Rollins winning and going on to face Lesnar as WrestleMania. Meanwhile, Mysterio and Joe will get a single match that eventually sets up possibly a three-way with Bryan at the same show. As to surprise entrants…let’s say Matt Riddle and Batista. Sure, why not?

This one feels a little more obvious as a winner to me, but less obvious in terms of the final four. I’m gonna say Charlotte Flair, Nia Jax, Nikki Cross and Natalya. From there, Charlotte wins and goes on to have her WrestleMania rematch with Asuka. This time around, Asuka will retain. Meanwhile, Ronda and Becky will have a bit of an escalation in hostilities, and Becky will go on to face her at WrestleMania. Surprise entrants, ‘m thinking maybe Candice LeRae and Molly Holly.

So…that means I’m predicting no title changes. But what about yourselves? What do you think of the card? Do you agree with my predictions? Let me know in the comments below. 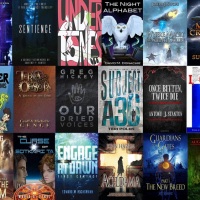 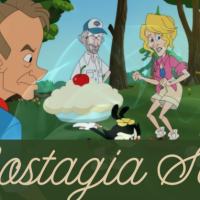