So, there were a bunch of things shown during the live stream of the Mortal Kombat 11 event. If you’ve been on my Twitter in the last ten minutes, you’ll have seen some brief thoughts as it went along, but here are a few key points for you.

We’re going to be getting a good mix of regulars, fan favourites, and new faces. For example, Baraka is back, as is Skarlet, who last appeared as DLC in MKIX. Meanwhile, we’ll be sticking with multiple different versions of each character. The big announcement there was that there will be a degree of customization in the character set-up, meaning that players can choose a pre-set version or create their own. In total, we saw seven characters in action, including the two mentioned above, Dark Raiden, Sonya Blade, Scorpion, Sub-Zero, and a new character called Geras. There are twenty-five slots in total, so it’s a sizable roster. New character Geras got a full reveal video showing off some gameplay specifically focused on him. You can check that out below. All we know from the talk is that he has a time control ability, which you can kinda see here when he does some time freezing to deal out more damage. I’m not sure how it’ll feel in practice, but it could be fun.

Honestly, it’s looking good, as long as you enjoyed the last two games. Basically, imagine MKX, but with some minor graphical upgrades. The game looks smooth, fast, and bloody. That’s really all you could want, right? There will be some new game mechanics too, just to mix it up a little. Check out some footage below.

The fatalities that they showed off were brutal. Absolutely brutal. They may actually be even more OTT than they were in MKX if you can believe that. On top of the early footage we saw for Baraka, we got a full fatality montage, which you can see below.

We got to see the prologue cinematic in full. It picks up just before the final scene in MKX, meaning we get to see Dark Raiden torture Shinnok before delivering his still living head to Evil Liu Kang and Kitana. Next, a new character named Kronika appears. Ed Boon revealed that she’s been controlling things since the beginning, and due to her control of time, we’re going to see the characters facing their younger selves. It all sounds pretty cool, though I would have liked the cinematic to be longer. Regardless though, Ed Boon says that the studio is really proud of the story mode this time around, so I have faith in it being cool.

The title of that section says it all really. Ronda is voicing Sonya this time around. She seems really excited about it too and has been a fan since the beginning. I like Ronda, so as far as I’m concerned, she’s a cool addition.

And that was it. There will be more to come before the release in April, I’m sure. Until then though, what do you think? Did you enjoy the reveal event footage? What would you like to see included in the game? Do you think the rumoured Spawn cameo will happen? Let me know in the comments below. 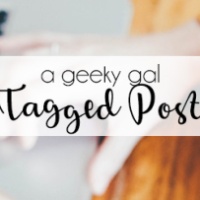 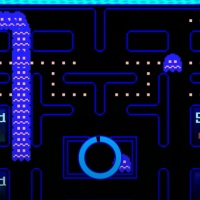 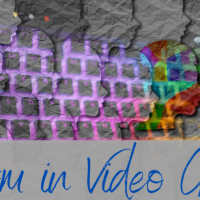