Winter, 1780, and the solstice is fast approaching. Four months after the events of The Moth and Moon, burly fisherman Robin Shipp is preparing for his first Midwinter festival with his lover, the handsome baker Edwin Farriner. But when a letter arrives begging for help, they must travel with their friend, Duncan, to Port Knot on sinister Blackrabbit Island for a final confrontation with Edwin’s mother. Also visiting the island are Lady Eva and her wife Iris, with a stunning proposition that could change Robin and Edwin’s lives forever.

The snow-covered harbour town of Port Knot is a dangerous place. While there, Robin, Edwin, and Duncan explore the menacing rooftop settlement known as the Roost, mingle with high society in the magnificent splendour of Chase Manor, and uncover a violent conspiracy threatening the island’s entire way of life.

Old rivalries will flare, shocking secrets will be revealed, and as Duncan’s scandalous past finally catches up with him, will it ultimately destroy them all?

The men will be tested to their limits as they discover that on Blackrabbit Island, the lion lies waiting.

On the tiny island of Merryapple, not far from the Cornish coast, almost every frost-kissed window was cheered with the light of a solstice lantern. Made of brass or copper or tin, each lantern was set with coloured glass, each one was polished and cared for, and each one was unique. Joyously lit were they with a red candle for the duration of the Midwinter celebrations, starting at the winter solstice and continuing through to New Year. Always red, that was the tradition. Red for blood. Red for life. Red for love. Every member of the household had their own lantern skilfully engraved with their name. When a person died, their candle was removed and cast into the sea—their light taken from the lives of their loved ones.

Robin Shipp never liked that part of the tradition. From the age of ten, his solstice lantern stood alone on his windowsill, his father’s candle swallowed by the waves, just as his father himself had been. Whenever the lantern’s tinted glass flooded the room with cheer, he tried to remember the good times with his father, tried not to think about being alone. And he managed it, for the most part. Robin was fifty years old and the past summer had seen a great many changes in his life. He’d discovered who his mother really was, cleared his father’s name, won the acceptance of the village, and started a relationship with a man he cared deeply for. It was December, 1780, and Robin was set for a Midwinter celebration to remember.

The little fishing village of Blashy Cove was shrouded in a chilly haze and the people were trying to remember how to walk on icy, cobbled roads. The previous night had seen the first proper snowfall of the season and the whole village was powdered, from hilltop to harbour, with the low, slate sky holding the promise of more to come. A mist clung tightly to the quiet sea.

In the ancient tavern named the Moth & Moon, Robin used the sleeve of his chunky, woollen jumper to rub frost away from one of the dozens of little panes of glass which formed a spacious bay window. He was a colossal man—tallest in the village—and wide to boot, with a jolly face and thick limbs made hard from a lifetime of oyster dredging in the bay. His solid, round belly rose when he laughed, and he laughed readily. His cap, with its unusual anchor pendant sewed to the band, sat askew, revealing a little of the single tuft of white hair which sprang from his otherwise bald head.

He peered out through the thick glass and across to the newly built and bustling market hall in the harbour. Just a roof held up by heavy wooden poles, but it helped keep the rain off. It was market day, and the traders hadn’t let the snow and ice put them off. Stalls selling fish sat next to ones loaded with goods from the island’s only farm. Others sold all manner of clothing and trinkets from the mainland and beyond. Under the cover of their new roof, the traders stamped their feet and hugged themselves to stay warm, their laughter and singing turning to fog in the frosty air. The smell of the morning catch mixed with that of the hot spiced brews they drank to keep their spirits up. It was the last market day for the duration of Midwinter and so the villagers were stocking up on the essentials.

“Never mind the sightseeing” came a voice from behind Robin. “Get those beads up or we’ll never get finished before nightfall.”

Mr. George Reed—the bearded innkeeper—was directing his staff and volunteers with a series of points and barks.

“Right you are!” Robin called back.

With meaty fingers, he tied one end of a long string of colourful but mismatched glass beads to an errant nail above the window frame. As he reached up to secure the other end, he tugged too hard and the string snapped, casting beads across the floor and seats. They ran under chairs and behind booths. A cerulean bead ran over the uneven wooden floorboards and came to rest at the foot of George Reed, who stood with his hands on his hips, shaking his head. Robin tipped his cap back and looked sheepish.

“No, it’s my fault, I should have known better,” George said with a laugh, “but you’re the only one tall enough to reach without a ladder. Why don’t you go and help move those tables?”

Robin slapped George on the shoulder as he lumbered towards the bar where some men had grabbed each end of a bench and were clearing a space. With a great heave, he single-handedly picked up a heavy oak table and swung it about, almost knocking over one of the other helpers. With a mighty thump, he set it down by the far wall, knocking over several tankards of beer in the process. He lifted a cloth and began moping it up as best he could, but he was just making it worse, spreading the foamy liquid out ever further. The bar steward he almost knocked over took his own cloth and pushed the much taller Robin out the way, with a polite-but-firm: “Yes, thank you, Mr. Shipp.”

“Is this your idea of helping?”

Duncan Hunger stood at the door of the inn with a tall object covered with a blanket and resting in a cart.

Duncan was a very short, very stocky man in his late thirties. He had a full head of thick, black, wavy hair, with sideburns down to his jaw and he wore a pair of spectacles of his own design. Small, gold-rimmed and circular, they had an extra array of little lenses on movable armatures. They were an enormous help in his work as toymaker.

“Give me a hand with this,” Duncan said.

Robin grabbed one side of the object’s base and Duncan took the other.

Together, they lifted it out of the cart and manoeuvred it to the space the staff had cleared.

“Careful, careful,” Duncan said as he slid the object into place.

Robin pulled his hands away too quickly and the item hit the wooden floor with a heavy, jangly thump, as if someone had dropped a box of cutlery.

“What part of ‘careful’ did you find the most confusing?” Duncan asked.

Robin stood bolt upright, clenching his fists and biting his pale lower lip as Duncan glanced under the cloth to satisfy himself nothing had been damaged. Relieved, Robin went to lift the material at his side, but Duncan quickly slapped his hand away.

“No peeking! You’ll spoil the surprise.”

“This is the Midwinter centrepiece you’ve been workin’ on all these weeks? What is it?” 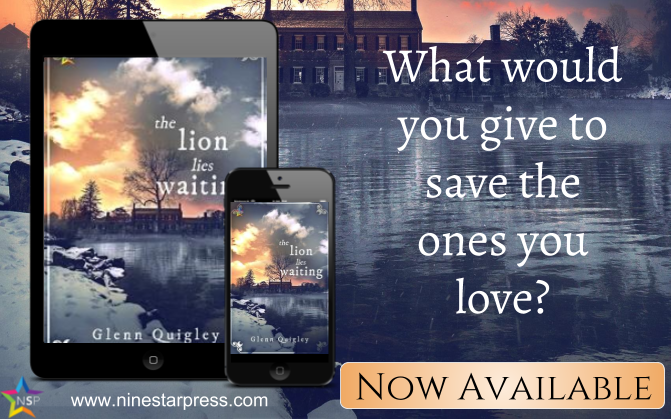 Glenn Quigley is a graphic designer originally from Dublin and now living in Lisburn, Northern Ireland. He creates bear designs for http://www.themoodybear.com. He has been interested in writing since he was a child, as essay writing was the one and only thing he was ever any good at in school. When not writing or designing, he enjoys photography and has recently taken up watercolour painting.