Welcome, one and all, to today’s trailer discussion. And this time, we’re looking at not one title but two. The reason why is that, while only one is technically a trailer, both are video game related. So, let’s get into by starting with the one that’s been causing a lot of uproar on the net…

Sonic the Hedgehog: The Movie

Now, there are several things to unpack with this one. The first is the actual motion poster that started the backlash. Or to be more precise, the final image from it:

Now, if you believe the folks online, this is so bad it’ll make you puke. Throw in the picture below of Sonic’s shoes, and we’re heading into riot territory:

So, let’s calm down a little here. I have been clear from the get-go that my preference was for a CG movie in the style of the cut scenes from the modern Sonic games. The moment it was made known that this would be a CG/live action mix, I knew it would have little connection to the games. If anything, I thought that it would be closer linked to the Sonic X anime, though even that wasn’t likely to be a tenuous comparison.

As far as the design goes, I’m not really upset. The silhouette looks like they’ve gone for something closer to realism with build. Well, as realistic as you can get or an anthropomorphic blue hedgehog, anyway. My thinking is that they want to make it look like he’ll at least fit with the world setting. The same can be said of the shoes. Why have the cartoony-look pair from the games when you’re going for realism? No, human styled shoes work fine in that context. Sure, I do miss the normal look for the blue blur, but that’s fine. Until we see an actual trailer, it would be unfair to judge things too much. I mean, we can’t even see his face, right? Well, that brings me to this:

The above photo was leaked on 4chan. The general consensus that I’ve read online so far is that it’s likely real but from an earlier part of the design stage. There are several reasons for that assumption: Sonic isn’t built quite the same as the current official poster, the human isn’t James Marsden, and the eyes are very cartoony despite the team behind the film stating they wanted something smaller. So, it could well be fake. If it isn’t though, I do like the texturing on the head spines. I want to see them moving when Sonic walks or runs; little subtle touches like that would really make it pop. You know, like the little things in the Detective Pikachu trailer.

In all, I’m still not convinced that the film will be terrible. We simply don’t have enough to go on. I am still looking forward to seeing a full trailer though.

MK11 got a full reveal trailer at the Game Awards! You can check that out here:

I’m going to start with the thing that really bugs me with this. The music in the trailer is a really bad fit in my opinion. It feels so out of place in the action, especially when segueing in from the more atmospheric opening seconds. The thing is, I’m not a huge fan of rap to begin with, but when it fits with a moment in a film (or anything else for that matter), I’m fine with that. This just doesn’t feel like it works for me.

The rest of the trailer though? I like it. The action is very fitting with the last two games in the series, and while this clearly isn’t game footage, the movements are in fitting with the animation style, especially in the bone breaking moments. The character designs are natural progression from the last game too, and I’m eager to see who else is in the roster this time around.

A bit of story would have been good, but the decayed corpses of the monks makes it clear that something bad has obviously happened. Given that last game ended with Raiden making brutal threats to zombie Liu Kang and Kitana, I’m expecting another long story with much hostility between the realms.

In all, I’m excited. Mortal Kombat has been a favourite of mine since the original game, and I really enjoyed the last to entries.

But what about yourselves? What do you think of Sonic the Movie and MK11? Let me know in the comments below.

4 thoughts on “Sonic the Hedgehog: The Movie and Mortal Kombat 11 – Reaction Post” 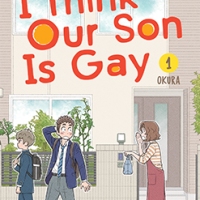