In real life, drinking alcohol and getting drunk may not look pleasant and charming but for some reason, when anime characters or cartoon characters act it out, it looks funny and entertaining. We’re sharing the top 5 anime characters that always love alcohol.

Tsunade is one of the strongest female characters in Naruto, a popular manga created by Masashi Kishimoto.

In an episode, she credits her good looks and great complexion to sake and sleep. Tsunade loves to drink and gamble. While most characters in Naruto love ramen, Tsunade prefers chicken breast and sake. Though some anime fans claim that drinking is Tsunade’s way of coping with what she has been through, one thing for sure, this woman can outlast any man in a sake drinking match.

The next anime character on our list is a product of Hideaki Sorachi’s creative mind.

When he drinks, he always says that sake is nice because it makes you forget your worries even for a short period of time. This may be the reason why Gintoki drinks very well and consumes a lot of alcohol. Just like real people, after a night of drinking too much Japanese sake, Gintoki experiences a very bad hangover. To recover from a hangover, he drinks strawberry-flavored milk. He believes that aside from recovering from a hangover, strawberry milk also makes you strong and heals your body.

Though Gintoki is a heavy drinker and may seem to be a great person to have a drinking spree with, he is always short on cash so when the bill arrives, expect to pay because Gintoki already ran away.

Neon Genesis Evangelion is mecha anime series which was produced by Tatsunoko Production and Gainax. This series was directed by Hideaki Anno.

Among the many powerful characters of Neon Genesis Evangelion, Misato is one of the most interesting. She may seem to be very proper and professional while carrying her job but is completely the opposite when she’s at home. She doesn’t clean her house and she doesn’t know how to cook. Instead of putting something decent on the table, she just eats ramen with curry while enjoying her beer. Of course, when she drinks, it doesn’t end with just a bottle or two. She loves beer so much that she starts her day with a drink and also ends it with a bottle of beer. To most anime fans, the fact that Misato has two different personalities is fun, fresh, and interesting.

If there’s one laid back person in Bleach, an anime series produced by Tite Kubo, then that would be Shunsui. Fans enjoy his character because he is just taking everything lightly. He even manages to drink and offer sake to his opponents in the middle of a fight. He also drinks sake from a jug. Due to this calm and laid-back approach towards everything, Shunsui is known to be a peace-loving character. If he can talk his opponents out of the fight, he’ll gladly do so. Then again, if his opponents still want to fight, Shunsui can give them one serious battle even if he is drunk.

The last anime character on our list is one from the series written and illustrated by Rei Hiroe called Black Lagoon.

Revy prefers big bottles of rum over a beer. For her, beer doesn’t qualify as an alcoholic beverage. Even if Revy is rude and competitive, fans think of her as somebody cool since she can handle her booze. If there are men who can’t drink well, expect Revy to use foul language to criticize them.

These anime characters may be fun to watch when they drink excessive amounts of alcohol on a daily basis. However, in reality, drinking on a daily basis is a precursor to alcohol addiction. If you can’t handle your alcohol and you feel you need help, talk to an Alcohol Addiction Specialist today or get admitted into a rehab center. 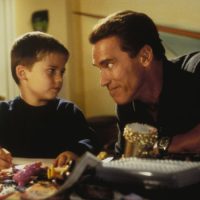 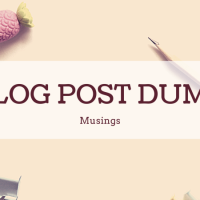