He’s always wanted to have children, and being a stepfather for the past two years has been a great adventure. There’d even been a plan to start looking into adoption and turn their family of three into four.

But now there’s a bump, and David doesn’t know what to do. He’s spent years escaping the grip of his own body and burying the past—but there’s no way he can hide from his history if he lets the bump get any bigger. It’s not just his baby; it’s also his breakdown.

He doesn’t know if he can do this.

Chapter One
“Thank you,” David said. “Yes. I’ll check my diary and make an appointment. Yes. Thank you. Goodbye.”

He hung up and—very calmly—dropped the phone out of the car window. Wound the window back up. Reversed a little to give himself room to wriggle out from behind the BMW in front.

And—just as calmly—made sure to run over the phone with the rear tyre as he drove off.

His palms were sweaty on the steering wheel. His heart was thundering low in his stomach. David hadn’t had a panic attack in nearly ten years, but the feeling was as familiar as ever—the creeping darkness at the edges of his vision, the hyperawareness of his own skin, the tightness across his ribs like he was having an asthma attack. He tightened his grip. He needed to get control of himself. He was thirty-two years old. He could—would—handle this like the responsible adult that he was.

He refused to break down screaming at the wheel of a car, for God’s sake.

Thankfully, the phone call had happened just around the corner from his usual parking spot. He slid the car into a free space and bent forward to rest his forehead on the wheel. He raked a deep breath in, held it for a count of ten, and let it out slowly.

So the test result was more or less his worst nightmare. And he’d probably be having nightmares too.

But it could have been worse. Practically speaking. It was a fixable nightmare. He could fix it. It didn’t matter right now. He didn’t have to deal with it this minute. He could talk to Ryan tonight, make an appointment in the morning—just not the one he’d promised the nurse on the results line—and fix everything.

Slowly, his heart rate started to come down out of the rafters. The tight band around his chest didn’t ease, but it got a little easier to breathe.

“Fix it tomorrow,” he mumbled.

He straightened, squared his shoulders, and opened the door.

David never bothered trying to park right near the school. It was always a melee of mums and Mitsubishis, and he was terrified of someone’s kid running into the road right under his bumper. It was cool outside, threatening rain. The short walk helped clear the rest of the panic out of his head, and refocus. Ava didn’t need to know about it. Everything was fine, all happy and normal, no problems whatsoever, nothing.

The school gates were crowded as always, but David had an advantage. In a sea of white mums, he stood out a mile. He leaned against the metal fence, peering through the railings, until he caught sight of two frizzy baubles of hair stuck out either side of a pair of wide, searching eyes.

He waved, and the eyes lit up.

“Sorry, excuse me, sorry, thanks, sorry—”

He wrestled his way to the front just in time to stoop and catch Ava as she hurled herself at his thighs. He hoisted her up and turned to carry her through the crowd. She babbled in his ear about finger painting, pizza, and a new gold star on her behaviour chart, and then clung obstinately when he dropped her to the pavement again.

“Only babies need carrying during the daytime,” David said. “You’re not a baby anymore, are you?”

It had been an infallible obedience tool ever since she started school. She let go with a sulky expression and jammed her sticky hand into his.

“Can we have pizza?” she repeated.

“Daddy never says yes to pizza,” Ava said mournfully, in the same tone of voice one might use to say someone had died.

“Daddy doesn’t eat pizza,” David corrected. “That doesn’t mean we can’t have pizza sometimes. You had pizza on your birthday, remember?”

She brightened up. “It was Jamie’s birthday today!”

“So we can have pizza for Jamie!”

Her buoyant mood was calming, even if Ava was more of a hurricane than anything else. She was five and three-quarters (never just five) and brimming over with energy. She didn’t even have the decency to get tired by seven o’clock like normal five-year-olds. She went to bed at the same time as her parents—and usually rocketed back out of it again by six o’clock the next morning.

Still, her effusive enthusiasm helped. There was nothing to panic about. He could fix things, and everything would be back to normal next month anyway.

“Tell me about your new gold star,” he said as she scrambled up into the back seat. “Do you need help with your seatbelt?”

“No,” she said, giving him a look definitely inherited from her mum. “I’m five. And three-quarters. I can do my own seatbelt.”

To be fair, she could. Albeit with a lot of faffing about. Once he heard the click, he promised a new star for her chart at home and closed the door. In the short time it took him to walk around the car and get into the driver’s seat, she’d started a whole new deluge of noise masquerading as conversation, all about how rainbows were made.

David’s chest slowly unlocked as he drove home to the background noise of a five-year-old on rainbows and a fifty-year-old on the radio. He could hand her off to Ryan once they were back, lock himself in the bathroom, and have a cry in the shower under the pretence of a long, hard day at work. Maybe even have a soak in the bath. He felt bad palming Ava off on her dad, especially on a Thursday, but—

He just didn’t have the energy. Not after that phone call.

Home was a roomy bungalow with a long, narrow back garden, a decent view over some fields, and the ugliest bay windows in the front David had ever seen. According to the locals, it was in a village near Wakefield. According to everyone else—including David, who wasn’t even from Yorkshire and was therefore regarded as an immigrant—it was in Wakefield. The rest of the street was occupied by elderly white people called Gerald and Betty whose lives revolved around gardening, Antiques Roadshow, and Women’s Institute bake sales.

Ryan and Ava had been acceptable when they first moved in. Cute toddlers were tickets to acceptance in these sorts of villages, David suspected. And he’d found out the other week that half of them thought Ryan was ex-army, which meant all the old blokes liked him by default. But when David moved in, that popularity had taken a definite dive.

David didn’t really care. He was from Salford. He could think of a lot worse than some tuts and disapproving scowls from ninety-six-year-old Pamela next door. She was there, peering out from behind her lace curtains, as he pulled into the drive. He waved, and the curtain dropped.

“We’re going to be nice and quiet,” he told Ava as he opened the door to let her out of the car. “Daddy went to see Nathan this morning, so he might still be tired.”

Ava nodded, dragging her bag out after her.

“If Daddy’s asleep, can we have pizza before he wakes up?” she chirped as David unlocked the front door.

“Nope, Daddy will want dinner too.”

Ryan’s booming voice bounced down the hall towards them as David opened the door. Ava squealed and shot into the kitchen, jumping up at her dad like she hadn’t seen him in a thousand years rather than eight hours.

“Hello, my little star!” He planted a loud kiss on her cheek and grinned up at David. “What’s this? Two stars! Well, well, well. What have I done to deserve this, eh?”

Then he smiled, a brilliant flash of white streaking across his face like torchlight. And David—relaxed.

That was all it took sometimes. Just for Ryan to flash him that megawatt grin, and all the fight seemed to drain out of David’s body. Even the internal fight. Ryan had that—that air about him. When he smiled, when he laughed, when he was happy, it was like the whole world had to be happy as well. It was like everything faded away and was replaced with a warm contentment, a feeling of security, the sense that no matter what happened, he had Ryan with him.

In a lot of ways, Ryan was a ball-ache of a boyfriend. Complete slob. Rap fan. Thought curries every night were compatible with a sex life. David had become a de facto stepdad not three months into their relationship from the sheer number of times Ryan simply forgot which weekend he was supposed to have Ava, and had had to ring David on his way home to swing by the school and pick her up.

But Ryan made him feel—

And David could use warm. Unceremoniously, he hoisted Ava up by the armpits, plonked her on the kitchen tiles, and sat in Ryan’s lap looping both arms around his shoulders and burrowing his face shamelessly into that thick neck. 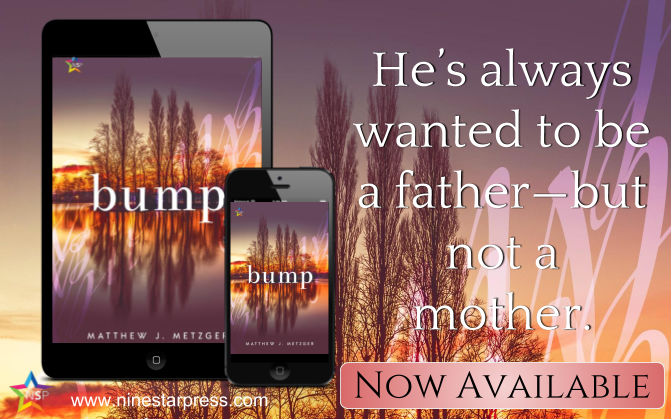