Welcome, one and all, to my Halloween Flashback series! Honestly, this is happening because I didn’t get the chance to write anything new for Halloween this year. It’s terrible, right? So, instead, I figured I’d do a couple of posts today linking to some of my older horror themed posts. And I’m starting with … the authors.

Over the last few years, I’ve had the pleasure of working with a ton of really talented authors. I wanted to focus on reviews and interviews here rather than smash through all the spotlights again, so that’s what you’re getting. As such, let’s get to it!

Brad is a local author that specialises in creature features that go beyond their B-Movie premises in style. He’s been a guest here on the site multiple times, and is always a blast. Check him out here:

Bryn has a real pedigree in the horror industry, having not only worked on the UK magazine GoreZone, but also working on films, true crime books, and a recent title about the Howling franchise. Right now, he’s out in Vegas promoting the Howling book, so if you see him, give the book a look-in! He’s always a great person to feature, so check him out on the site here:

Welsh twins Cat and Lynx Raven are the prolific authors of multiple horror books, as well as pole performers. When I send interview questions to people, I tend to go overboard, so it’s rare that an author answers everything. When I sent them over 70 questions, I expected them to answer a few … but they answered all of them! Check out my feature on their entire career here:

A fellow NineStar Press signee, Canada’s JP Jackson has a love of demons, and has stopped by the site a few times now in various capacities. He’s great to chat with, and his books are fantastic. Check him out here:

Another fellow Brit, and a fellow werewolf lover, Nick Stead is the author of a series of lycanthrope novels. He also worked with Bryn Hammond on the Howling franchise book, and has appeared at a number of conventions in the UK now. He was a blast to chat to, and I really enjoyed the first two of his books. I will get to the third one. I the mean time, check him out here:

There have been other authors that have stopped by who write horror too, such as Kaiju and Zombie author Doug Goodman and YA story weaver Teri Polen (who are both well worth checking out too, by the way), but these were the ones that I’ve featured multiple times. So, have a stroll through my archives and give them all a look-in! 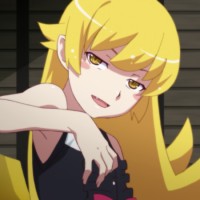