Welcome, one and all, to another author interview! Today, I’m talking to the excellent Mary Anne Hinkle. So, lets get to it!

Mary, for those unfamiliar with you and your work, can you give us a quick introduction?

Well, I’m a debut author, but I’ve been working as a writer and an editor since college. I swear a lot and make really bad jokes, so I write about characters who do the same.

We’re primarily going to talk about your novel Death of a Bachelor today. First up, the book was signed by NineStar Press. How did you first hear about this publisher, and how did you end up getting the book placed with them? Was it through regular submissions, or a Pitch party, for example?

I actually heard about Ninestar through my friend Ryan Campbell, whose book is also coming out from Ninestar in November (on my birthday actually, lol). He has a podcast called Writescast where he interviews authors about their work, and he had a guest who wrote M/M fiction at Ninestar, so he mentioned that to me. We both decided to submit there since Ninestar has open submissions (and still does, wink wink, nudge nudge). They got back to me right after Christmas last year, so that was awesome.

The blurb for the book sounds a lot of fun, and there’s a lot to unpack. So, let’s start with the leading men, Cathal Kinnery and Damon Eglamore. It sounds like the main thing the men have in common is the woman that Damon married was Cathal’s best friend. How different are they as characters? Are they polar opposites, or do they have some more common ground buried in there?

Well, the whole plot of the story is that Damon and Cathal think they’re opposites, but really they’re similar and learn a lot from each other. All the differences are surface level. Damon is quiet; Cathal can’t stop talking. Damon favors practical knowledge; Cathal is an academic. Damon gets aggressive when he’s angry; Cathal goes very cold. But both of them tend to bottle up their feelings, and they’re both desperate to connect with other people, even if they’re not sure how to do that.

Of the two, which do you think would make a better partner in the real world?

My first instinct would be Damon, because he’s manly and a good cook and a huge softie. But he has a hard time talking about his feelings, so he lets things fester until they blow up, which is my personal pet peeve. I guess Cathal would be easier to put up with. He can come off really distant, but he’s had enough casual relationships at this point to be good at defining boundaries and stating exactly what he does and doesn’t want out of a partner. Cathal will tell you what he can and cannot give you upfront, and then it’s up to you to decide if that’s enough, whereas Damon will put himself in boxes that he doesn’t quite fit in to try and make you happy.

Damon is a cook by trade, and moves onto baking during the course of the story. Can readers expect much kitchen talk in there, or detail of cooking techniques?

Well, parts of this story are like a love letter to Food Network, so yes, there’s food porn. Damon starts out the story making esoteric dishes, but most of the detail is about different sweets. I’m not much of a cake baker, but I love watching people work and write about it. And I like writing scenes where people cook together because it A) gives them something to do while they talk and B) it’s intimate. For me, food is a really personal thing–it’s a way of showing how I care about people, and it also relaxes me more than almost anything. So I love writing about it.

Do you enjoy cooking yourself? What’s your favourite food to make?

I do love cooking. My best job, besides writing, was working at my college cafeteria making pancakes for hungover students. As far as baking is concerned, I’m more of a cookie person than a cake maker.

My favorite food to cook is maple-glazed carrots, and the good news is I can share the recipe with you. Take some carrots (I like baby carrots because no prep needed, but you do you). Coat them in a mixture of salt, oil, and maple syrup (the real stuff, or you aren’t living). Turn your oven up as high as it will go and roast them until they’re soft. I literally pick them off the sheet pan while they’re still searing hot because they’re just so good. If you don’t like carrots, you can do this with any vegetable.

Damon’s son comes to the pair for help winning over his crush, leading to a genderbending Shakespearean production. When you look back on Shakespeare’s time, the female parts were always played by men, so it isn’t a huge leap of the imagination to think that some actors specializing in female roles may themselves have been trans or enby. What can you tell us about said production, and what inspired you to give it a genderbending theme?

I don’t want to say too much about the play because it’s the subject of my next book, Diamond Heart, which comes out in February, but I can tell you it’s pretty goofy. Damon and Cathal are mostly involved to embarrass Damon’s son Felix as much as humanly possible.

With Cathal and Damon moving from being at each other’s throats to working together. It’s a set up that lends itself to working as a serious drama, a humour piece, or a combination of the two. Should readers expect many laughs from the book, or does it lean more towards serious scenes?

I don’t think comedy and drama are mutually exclusive. For me, personally, I wrote this story at one of the lowest points in my life, and making dumb jokes is the only reason I got through it. The story definitely leans into humor, and a lot of the plot was me thinking, “How can I make this more ridiculous?” Damon makes a stargazy pie (I could describe it but you should really just Google it for the full effect). Cathal is offended by vegetable lasagna. The two of them spend as much time as possible teasing Felix in front of his crush.

But it also doesn’t shy away from the reality of grief. Damon is depressed, and a lot of the story is about him realizing that his wife’s death isn’t the source of all his sadness. She was a stabilizing force in his life that let him ignore a lot of his own mental health problems, and now he has to figure out what to do when he can’t just bury them anymore. The same goes for Cathal, but he’s always been more honest about his own issues and his refusal to deal with them.

Outside this novel, you’ve worked in the publishing industry for a number of years in an editorial role. How did you start in this field, and have you enjoyed working in the role?

Well, in college I was a writing tutor. We had a program specifically for creative writers, where I worked with authors on all kinds of stories–everything from a zombie apocalypse to high fantasy. I loved helping people flesh out their stories and make real progress on their projects. When I got done with school, I transitioned to freelance editing work, and I’ve been there ever since. Copy editing is my bread and butter because I’m a pedant, but I still do love developmental editing. I like breaking stories open to see how they work and make them stronger. (Is this a shameless plug for my services? You bet it is.)

Based on your experiences both writing and editing, what is the best advice you can give to aspiring writers?

I have two big pieces of advice. First, be kind to yourself, and try to decouple your sense of self worth from your work. I don’t know a single author who doesn’t struggle with some kind of mental health issue, and it’s really easy to let your writing define you. Don’t do that. Yes, you’re a writer, and writers write, but you’re also a person. Maybe you’re a parent. Maybe you’re a partner. You’re someone’s child or best friend or the funniest person they know. Try and remember that when the words aren’t working out.

Second, to be a little more brusque, if you want writing to be your job, then you need to treat it like a job. Figure out how you work best and what system allows you to produce. For me, I realized I needed to write in the morning, before I start my other work. And apparently I’m a plotter, not a pantser, so there’s that.

When we first started setting up this interview, you happened to mention a favourite character of mine as being pretty great. That was, of course, Renamon from the Digimon franchise. What is it that makes Renamon so awesome in your eyes?

Okay, so you asking me this question actually made me realize I had/have a huge crush on Rika, Renamon’s partner, and that’s probably why. I was eight or nine when Tamers aired in America, so tiny baby me had no idea how queer I was. But in retrospect, sheesh.

More seriously, though, Renamon is a great character. She’s cool, all her digivolutions are amazing, and she and Rika have the best character arc in the show. Like, she looks really cruel and distant, but her story is all about softening Rika’s sharp edges and teaching her to trust and love again. I’m getting feelings just thinking about it.

What would you list as your top five favourite animated series?

Steven Universe. It’s the greatest cartoon on television right now, and not just because it’s full of queer characters AND created by a nonbinary woman.

Avatar: The Last Airbender, because seriously, have you seen that show, it’s just mind blowing. And also it’s hilarious.

Sailor Moon. Again, it’s full of queer characters, and Usagi is the best bisexual girl in the whole world.

Cardcaptor Sakura, which is what I put on when I need a hug. Nothing serious happens and nothing ever hurts, and everyone gets to wear pretty clothes.

And, as a curve ball, X-men: Evolution, because A) it started me writing, B) it’s really good and C) it started my lifelong love affair with X-men, which is neither here nor there but still.

Finally, I wanted to thank you for stopping by today. Do you have any final messages for readers? Where can they go to find out more about you? Feel free to link to anything you want.

Well, the main place to find me is my website, www.maryannehinkle.com. You can head over there for a free short story download and some other fun stuff. Or there’s my Facebook page, where I post many, many pictures of my cats. 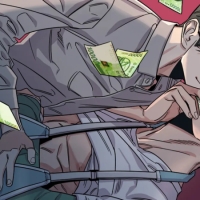 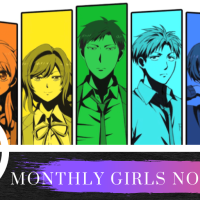 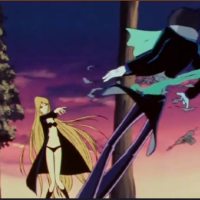 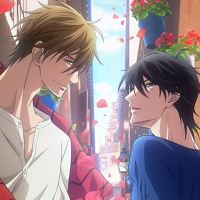 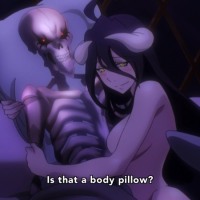 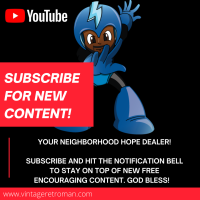 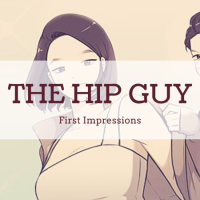