Welcome, one and all, to my ongoing IDW Sonic reviews. Issue 9 is out today, and it’s a really great one! Read on to find out why.

As always, I’ll start with the cover. I got Cover A this time, which is by Adam Bryce Thomas and Lamar Wells. Adam last worked on issue 7, and the style is similar here. Honestly, I think he does a fantastic job whenever he tackles Neo Metal Sonic. The colouring is great, but I was particularly impressed with the detail on Sonic and Knuckles’ gloves. The slight creases add a nice touch to it. Both the other covers available look great too, with one set up like a war poster, and the other being an action packed cast shot.

Tracy is on fine form in the interiors, giving us some beautifully details backdrops and all the usual flare with the character poses, complete with some wonderful over the top facial expressions. I find that that’s important because, no matter the darkness of the story, Sonic was conceived as a family friendly franchise and the comics very much follow that vein in terms of content. Ian Flynn deserves some praise in that regard too, as he takes what is potentially very dark story, but manages to maintain the child appropriate dialogue and action.

There are a lot of really nice touches in this issue too which add a lot to what’s happening. Be warned, there be spoilers ahead. First of all, I’m happy to see Amy Rose taking charge and laying out the plans. Here move into this sort of position in the early issues was very welcome, and she continues to grow into the role here. Meanwhile, there was a misstep by the heroes too, with Sonic and Knuckles inadvertently giving Neo Metal Sonic what he needs to go into Super mode. This was foreshadowed I the opening pages, and then hinted at when Tails nixed Blaze tackling the metal foe. This sets up an interesting quandary for the team as we move on with the multi-part arc.

Tangle continues to be a fun new character. Her card playing shenanigans were a hoot, but it’s her continued fangirling over Blaze that made me the smile the most. If they haven’t already, I rather suspect the pair are going to be shipped in the fandom as a result of Tangle’s reactions, and I’m not opposed to that. Meanwhile, there was a non-descript panel of Whisper watching Shadow too, which leads me to think that something will happen between the two later on. My guess is that either Whisper was tortured by a Phantom Ruby Shadow, she just plain doesn’t trust him, or she sees a fellow loner in him and will set about to support him in the battle.

This has been another phenomenal issue, and easily one of my favourites so far. I like the way we’ve built to this arc, and I’m glad to see it getting multiple issues to play out now that we’re in the endgame. There are plenty of little touches here and there that make the world feel very fleshed out, and the characterisation has been everything a fan could wish for. This is an easy 5 out of 5. 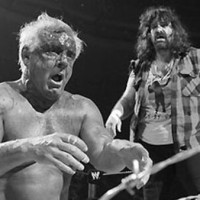