Title: Tale of a Dragon Princess

The day Princess Mellie turns sixteen, her parents reveal she was cursed as a baby and will spend the rest of her nights as a dragon. Two years later, she discovers a chance to break the curse, but it will take a quest with only her chosen bodyguard, a brave female warrior who has lost her lust for fighting but has developed an attraction for the princess.

Tale of a Dragon Princess
Lizzie Colt © 2018
All Rights Reserved

Waking up on the day of her daughter’s sixteenth birthday should have been a joyous event, but Queen Jasmine awoke to a feeling of dread in the pit in her stomach. Almost sixteen years had passed since the ice witch, as they had dubbed her, had visited their castle that mid-winter’s night and laid a curse on their sweet Mellie.

Now it was spring, and they had learned little about the witch and her magic, and they hadn’t been able to break the curse. Jasmine had been praying that when this night fell nothing would happen, that the curse would simply be a terrible lie or a nasty trick. She had even prayed nightfall wouldn’t come.

“Come, my love. It’s time to get dressed and greet our princess.” Magnus’s voice called from the other side of the room.

“Are we doing the right thing, acting like it’s a normal day and telling her just before dark?” Jasmine asked, slipping out of bed.

“We’ve talked about this. We agreed to give her a normal life for as long as we could. For sixteen years, she’s been like other princesses she’s met, lived a similar if sheltered life. We’ve protected her but let her grow. Let’s watch her have one more perfect birthday,” Magnus said, and Jasmine nodded in agreement. She wanted to see her daughter smiling, to watch her opening gifts and being spoiled.

“Go wake her. I’ll get dressed.” Jasmine smiled faintly, hoping her worry didn’t bleed through and show itself to Mellie. Her sweet young lady was very perceptive of other’s emotions, she always spoke softly when people needed to be calmed, but knew how to raise her voice when it was needed. She’d make a good queen one day because she read people well. She was also fair and kind.

“Would you like my help with that?” Magnus glanced in her direction raising an eyebrow.

“Your Majesty, you flatter me, but we do not have time for such distractions. Go to Mellie. I’m sure she’s nervous about the presentation.” Jasmine loved that her husband still desired her after all these years. They had finally come to terms with the fact that Mellie would be their only child, the damage from her birth too much to allow her to have a sibling. But Magnus had only to look at her, and Jasmine felt like a young princess again, and a beautiful one at that.

“She is her mother’s daughter, so shy in the face of grand ceremonies. Who would know what a handful you both are?” Magnus laughed and headed for the door.

“Are you complaining?” Jasmine asked, pulling the cord to ring the bell for her dresser. Some days, she dressed herself, taking time to comb her long dark hair and line her blue eyes with kohl, but today, she’d be presenting herself in a fine corseted gown to face those coming to visit the castle. The birthday celebration and acknowledgement of Mellie as the future queen of Silver Kingdom had drawn lords and ladies, dukes and duchesses from near and far. It would be a long, busy day.

“Never. I wouldn’t trade my girls for anything, not the silver in the hills, not the diamond mines in the west or the gold in the east,” Magnus said, his brown eyes gleaming with pride. Jasmine laughed in delight, waving him away. He could make her laugh even on days like this, when darkness lurked closer with each passing hour. Jasmine only hoped Mellie found someone who would do the same for her. 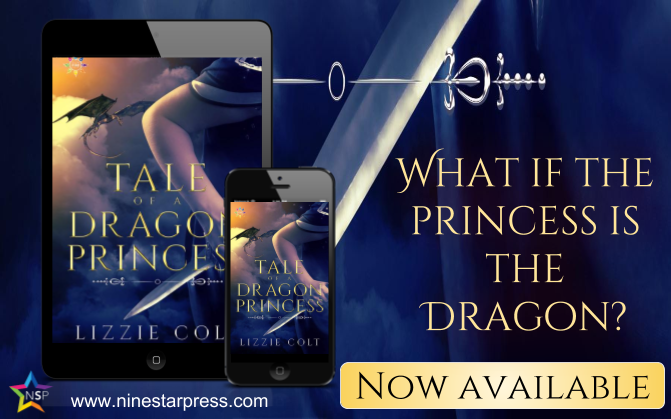 Lizzie Colt is a writer in her late twenties who has always loved writing and has been doing it her whole life. Lizzie is bi and disabled and she wanted to see more of characters like her in YA books. She loves fantasy but will turn her hand to any genre and hopes to share many stories. Lizzie loves animals and hates being cold.