Welcome, one and all, to today’s guest post! This time around, Patrick Bailey is stopping by to talk about the positives and negatives of video games from a mental health standpoint.

The Good and The Bad: How Video Games are Affecting Your Brain

Whether you would consider yourself a “gamer” or not, it seems that everyone can agree that video games have made an impact in our minds. The anticipation and excitement that each video game brings in every score or level up can affect our brains in good (or even bad) ways. How is this possible? How can an arrangement of pixels in virtual reality create a physical response in our bodies? Can we use this knowledge to our advantage?

The link between video games and our brain

On a basic level, our brains are built to respond to external stimuli. External stimuli can be received through the five senses–sight, hearing, taste, touch, and smell. Our sensory faculties sends signals in our brain to create an internal or external response. Touching a hot stove can send a signal to your brain that you need to move your finger away. Watching and hearing a funny show can elicit a response to make you laugh. The thousands of stimuli we experience everyday are always paired with responses in the brain.

The same process goes when it comes to video games. As individuals immerse themselves in an interactive virtual reality, their brains respond by giving off adrenaline. The adrenaline is what gives the gamers that feeling of “rush”, which pushes them to be more engaged. After accomplishing something in the video game, say a new high score or a new level, the stimuli encourages the brain to produce dopamine, which activates the brain’s pleasure circuits.

According to researchers, there’s two sides of a coin in playing video games. This entire process can come both with benefits and disadvantages.

The good in video games

Video games are always known to target a brain’s executive functioning skills, such as problem-solving. Even the simplest jigsaw puzzle game or those in the action-adventure category require people to have a strategy to solve a problem. This encourages people to make use of their brain to think of tactics to complete each level or gain a higher score. Cognitive skills such as navigating through a space, memory, and even reasoning can be improved through playing certain video games.

Have you ever played a simple smartphone game as a way to de-stress? It’s not just in your mind. Recent research showed that simple video games can be a way for the brain to unload, to help improve present mood, and to reduce anxiety. It is proven that playing a quick pocket game can aid in relaxation.

These studies also correlate to the idea that video games can also instill the value of resilience. For a gamer, “Game Over” does not mean giving up–it means trying again and improving oneself to beat the next level. This is a significant trait that can be generalized for people to cope better in life.

3. Video games can help in a person’s social life.

Many would stick to the notion that gamers are socially isolated, but this simply isn’t true. Present statistics show that 70% of gamers play with others through the virtual world. Although some would not consider this as a part of typical social living, still, in this alternate reality, gamers still interact with other human gamers.

Additionally, playing video games can be a form of easy recreation for families and friends. Instead of other unhealthy forms of addiction such as substance abuse or overeating, people who play video games have more chances of interacting with people in their environment. There are also large, open events where gamers can go and meet others such as Gamescom, Blizzcon, Comic-con, among many others.

4. Video games can help slow down the aging process.

The top neurologically-related degenerative diseases are Dementia and Alzheimer’s. One of their strongest risk factors is aging of the brain. There are several studies that support playing brain-teasing video games to slow down the process of aging.

It turns out that brain is also an organ that we can “exercise”. The more we use it for daily functioning in solving simple and complex tasks, the more it is “worked out” to have better quality of neurons and overall activity.

The bad in video games

It is not a coincidence that the development of technology became inversely proportioned to people’s attention spans. As games bring a quick feeling of excitement and instant gratification, more individuals are prone to problems such as ADHD or ADD. Poor attention span in linked to poor performance in school, work, and may even cause a person to have impaired social skills. Video games can also bring people to be easily bored with reading books, learning to wait, or even the simple act of patiently finishing a tedious task.

2. Video games can be a violent influence.

Although not all video games are inherently violent, some popular first-person shooters are considered one of the top choices for some gamers. This makes them desensitized to violence, which can result to aggressive behaviors. Some would even have their ideas realized by having such violent games as their inspiration.

Some mental illness rehabilitation centers suggest that people who have a history of mental instability should not be allowed to play first-person shooter or other violent games. The continuous bombardment of violent images may lead them to harm themselves or even others.

3. Video games can be a crippling addiction.

As video games are related to dopamine production in the brain, more research suggests that it can also pose a risk to a new form of addiction. Typically seen as a harmless hobby, these video games can create a snowball of negative effects in the brain which increases the person’s dependency on playing.

Some gamers would even come to a point that they would neglect their personal lives for the sake of playing video games. If playing video games appear to be more of a crippling behavior rather than a form of recreation, this is where gamers cross a fine line between being plain hobbyists and turning into an addict.

The neglect of oneself brought about by too much video games can bring a gamer to suffer from mild to serious health problems. Some players would neglect personal hygiene, drinking water, eating food, or even sleeping for the sake of playing video games. As a result, people would suffer from muscle pains, eye strain, dehydration, or carpal tunnel syndrome.

In Virginia Beach, a man was reported to have died from a heart attack after playing a 24-hour video game marathon for a charity event. Though for a good cause, playing too much video games may make you forsake even your basic needs.

Striking a balance is key

Whether you’re for or against playing video games, the best takeaway on considering its advantages and disadvantages is simple–moderation is key. Gamers should be able to balance their personal lives with their hobbies, and people who are skeptics should try playing a good video games every once in a while.

By weighing the pros and cons, people can maximize the benefits and reduce the harmful risks of playing video games.

Author Bio: Patrick Bailey is a professional writer mainly in the fields of mental health, addiction, and living in recovery. He attempts to stay on top of the latest news in the addiction and the mental health world and enjoy writing about these topics to break the stigma associated with them.

9 thoughts on “The Good and The Bad: How Video Games are Affecting Your Brain [Guest Post by Patrick Bailey]” 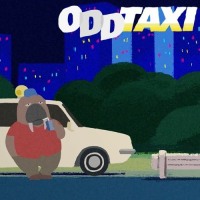 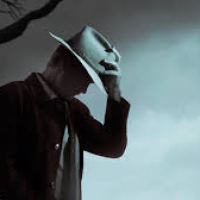 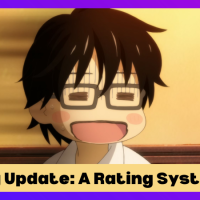 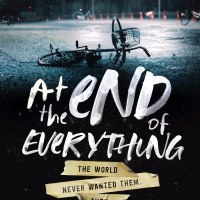 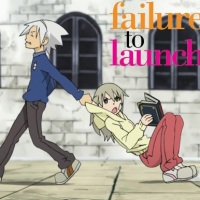 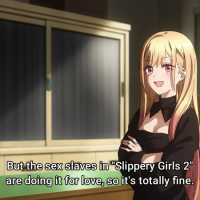