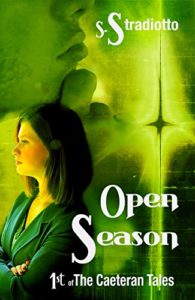 Elle Jones coveted an executive position.
Running from her past, Elle developed a strong drive. Her mantra: Executive by thirty! She landed the job and celebrated her long-awaited success. That was…until she left the office late one night. When she stepped from the elevator, her life changed. Three cloaked figures waited…

Andreas Javine had Elle in his sights.
Terrináe’s Congress only allotted thirty-six slots for new entrants. When Javine missed his opportunity to nominate Elle, he resorted to alternate methods.

Yster yearned for her first entrant.
Thirty-six mentors had been selected, and Yster missed selection by one. For another Entrant Season, she would be relegated to serving the mentors who were gifted an entrant. That is…until her benefactor approached her with an unusual offer. She would have to pull double-duty, but…at long last… She had the opportunity!

The start to an Epic Fantasy Series that will take the reader between Earth and Caetera.

Javine puzzled over why she turned away just as their eyes met. But when she approached Alan, her reasons seemed logical. She was pristine, poised in her golf skirt and collared shirt. He went to the bar, leaned onto his elbows, ordered a Macallan single-malt—neat, and waited. He’d be patient, they’d come his way soon. And they did.

Javine forced himself to not blink against the irritating contacts that bothered his vision. The light surrounding Elle was still there, but muted. It annoyed him to have the acuity blurred, but the obfuscation was necessary. From the time he’d watched her over the years, Javine knew the colors of her glow—the marker that predicted Flare.

Andre Jordan, I’d like you to meet the new V.P. of Corporate Communication, Elle Jones,” Alan introduced, making the predictable motions from one to the other.

Javine stood straight, scotch in one hand. Though his contacts and glasses obscured her glow, he’d seen the highlights before. Lavender streaks weren’t a foolproof indicator, but he’d come prepared just in case. He offered her a gloved hand. If her Flare turned out to be touch activated, he didn’t want to inadvertently give things away.

He raised his brows with a single nod to affirm, then said, “Elle, I understand that you come to Travelers from Jewel Systems?”

It’s a pleasure to meet you, Mr. Jordan.” 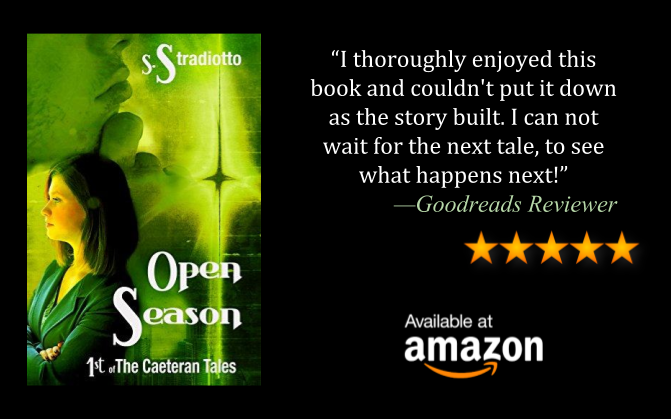 My life in Prior Lake, Minnesota revolves around my husband, three children, and two dogs—a border collie named Chipper and a Bernese Mountain Dog named Delaunay. If you check out my Facebook page (fb.me/susanstradiottoauthor), you’ll definitely see the BMD smiling back at you. I’ve been a Technology Project Manager for more years than I’d like to admit, but stories are my passion. I have always been a voracious reader, lover of worlds, and a “werd nerd.” My infatuation with well-developed characters sometimes rivals my relationships with real people. I spend my free time writing, networking with other writers, and occasionally camping “up-north.” If you’re from Minnesota, you’ll get the reference along with “hot dish” and “grey-duck.” If you’re not from Minnesota, you probably don’t want to ask. Note that I’m originally a Texan, and that just never leaves you!

Happy reading and thank you so much for all your love and support!