Jackson Marsh has a new gay YA mystery-thriller book out:

What if you could prove that the greatest Gothic horror novel of all time was a true story?

Dexter and Morgan meet on their eighteenth birthday. The attraction is instant but confusing. As they deal with coming out, they are bound together by more than first love.

Both keep diaries, and each has the same goal – to prove that Stoker didn’t write ‘Dracula’. They are convinced that Harker, Van Helsing and the others existed and wrote the novel’s journals themselves. If Dex and Morgan can prove it, they will blow the lid off the vampire myth: Dracula existed.

As the two teenagers fall in love, so they fall into an adventure as thrilling as it is dangerous. They are being watched, and someone is willing to kill to stop them from making ‘The Stoker Connection.’

The Stoker Connection is an MM Romance treasure hunt thriller. It draws on the original text of ‘Dracula’, but it is not a story about vampires. It is a story of first love and the power of friendship. Sometimes funny, it is an intriguing and honest account compiled from Dex and Morgan’s original diaries.

Jackson is giving away copies of two ebooks – The Blake Inheritance and Remotely – enter via Rafflecopter for a chance to win:

8 November (written on 9th). — Continued. And then there was his face, and his build, his clothes and something else that started to nag at my lust-muscles, whatever they are.

I knew I had to say something. He was looking expectantly at me, and to ignore him would be rude. I stuck out my hand on impulse.

He took my hand, damp with sweat, and shook it.

‘What a let-down,’ he said, jerking his head towards the stage.

‘I know the play wasn’t about Arnold’s theory, but she must have looked into it.’

We were still shaking hands.

He nodded. ‘You’re the only person I’ve met who’s even heard of it.’

‘Ditto. You believe it? His theory?’

I was aware that my palm was wet, and I glanced down. It was a bit embarrassing to still be holding hands now, so I opened my fingers to release him. He didn’t open his. OMG, was that a signal of some sort? He was gorgeous. A moment of social ‘What do I do?’ and I gripped his hand again, sending my own signal.

‘Sorry you didn’t get to ask anything,’ he said as if it was his fault.

He looked surprised and then impressed. We were the same height, more or less, so I was able to look right into his eyes. I saw something there. Something that I couldn’t quite grasp at first.

‘What?’ I continued to grip his.

‘Just a thought.’ He pulled his hand away.

That was that, then.

‘Dexter, are you ready?’

Mum was at the door. I don’t know how long she’d been there, but she would have been there long enough to see us holding hands.

‘You have to go,’ he said, a matter of fact rather than a disappointed enquiry. ‘Yeah.’ He received a disappointed reply. ‘Birthday dinner with family.’ ‘Dexter?’ Mum insisted.

I told her I would be there in five minutes and she made it clear it had to be two, which made me feel ten years old, but at least she left us alone.

‘Look,’ he said, as soon as she had gone. ‘I’d like to talk more, about Arnold’s theory, and about my own. If you’re interested?’

‘Yes please,’ I blurted, sounding lame. I recovered. ‘Dexter Mitchel.’ Except I tapped my chest like I was Tarzan when I said it.

‘Me Morgan Davis.’ He did the same, with a Tarzan voice, and I knew then that we were going to hit it off.

The question was, to what extent?

Actually, the pressing question was when? I fumbled for my notebook and tore out a page. ‘My email,’ I said, trying to write neatly (a gift I have yet to receive). I must have looked like a flustered waiter who’s just been torn off a strip. I handed it to him so hurriedly I dropped my notebook.

‘My card,’ he said, coolly offering a white business card and taking my scrap of paper.

His name and email were all that were on it.

‘I’ll message you,’ I said, picking up my book and noticing mum back at the door.

Upright again, I added, ‘I’d invite you, but it’s on the uncle and aunt.’

‘You would invite me?’ he said, eyebrows raised. ‘How kind.’

Who says ‘How kind’ like that? Morgan, obviously. Perhaps he was much older than he looked.

‘Yes, I would, but I can’t. Let’s talk, yeah?’ I had to move away from him, I had to go. I was desperate to stay and learn more. I mean, who else out there has even read this book, let alone had a theory about it?

A sudden thought attacked out of left field, and I don’t know why I did it, but I took back the scrap of paper and wrote, ‘I’m gay,’ before handing it back and saying, ‘Don’t let that put you off. It’s not why I want to write to you.’

‘Dexter.’ The last warning from mum.

‘Tomorrow,’ I said, suddenly sick inside. What the fuck had I just done? And why? Too late to worry now, I’d done it. ‘I’ll email you tomorrow…’ I was heading for the gents so I could change, bright red and trembling.

‘I won’t, Dexter,’ he called after me. ‘And have a birthday drink for me too.’

It stopped me in my tracks. Sod the Adams family currently gathering at the Metropole. They could fester for another minute. I spun around to find him facing me. We were both grinning.

‘For you?’ Did he mean it was also his birthday?

‘Mum?’ I pleaded towards the exit. She shook her head. Even randomly meeting a stranger who shares the same obscure interest and birthday was not enough to get him an invite.

‘How old?’ Morgan asked, and I didn’t find it intrusive.

He did that friendly wink again. ‘Would you believe eighteen?’

No fucking way. ‘Today?’ I glared at mum again. We had to invite him.

We stared at each other until he said, ‘These coincidences are a veritable prison, and I am a prisoner.’ An altered quote from the end of chapter two (‘Dracula’ obviously). He nodded to me. ‘I’m away from my email until tomorrow night, but I’ll be waiting to hear from you.’

‘I’ll write,’ I stammered back.

He waved my piece of paper at me as he left. ‘I do hope so.’

Hi. Jackson was born in 2017 as the penname for me (James) so that I could publish my new gay fiction independently from my other writing work. I was born on the south coast of England during a blizzard, but now like to warm thing up with MM romance novels, gay mysteries and some occasional erotica. In 2007 I was awarded and EGPA award for my erotic short stories, and in 2018 I won a Best Screenplay award for one of my films. I am a diverse writer with thrillers, comedies and horror stories under my James belt, and now romance and mystery under my Jackson belt.

At the moment I am concentrating on two genres: older/younger MM romance, and youth mysteries with early 20s main characters and a love story included.

I live on a Greek island with my husband. My interests outside of writing and reading are outdoor pursuits, traveling, piano and genealogy. That’s probably why my books tend to involve characters who are musicians, writers, mystery-solvers and rock climbers; there’s a bit of me in every one. 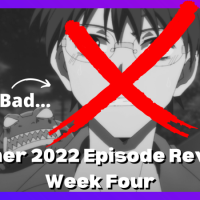 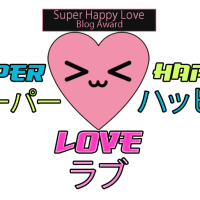 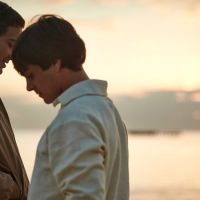 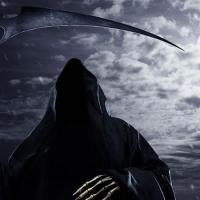