Welcome, one and all, to a cover reveal! Some fo you may remember me speaking to author J.P. Jackson in the middle of last year. You may eveb remember me enjoying his debut novel Daimonion. Well, now … he’s back! J.P. will be dropping by the site again on the 21st for a second interview, mostly covering his new novel Magic or Die. To get things started though, we’re revealing the cover today!

James Martin is a teacher, a powerful Psychic, and an alcoholic. He used to work for the Center for Magical Research and Development, a facility that houses people who can’t control their supernatural abilities. He left after one of his students was killed, turning to vodka to soothe his emotional pain. Problem is, he still has one year left on his contract.

It’s not common knowledge, but the CMRD holds final exams for each of its residents and if they don’t pass, they’re euthanized. So when James returns to the CMRD to fulfill the rest of his contract, he finds himself assisting five young adults, confronting the demons of his past, and attempting to protect his new class from a possible death sentence.

James discovers that his class isn’t bringing in enough sponsors; the agencies and world governments who supply grants and ultimately purchase graduates of the CMRD, and that means no profit for the facility. Now, James and his students face impossible odds. Measure up to the facility’s unreachable standards or escape.

At the CMRD, you have to be able to control your Magic or Die.

Available to Preorder from NineStar Press on June 25th

One thought on “Cover Reveal: ‘Magic or Die’ by J.P. Jackson” 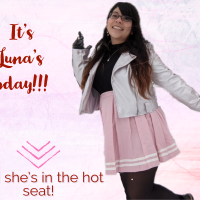