Welcome, one and all, to a round-up of the current gaming news circulating the web! There’s been some fun stuff happening in the world of video games recently, so let’s have a look at some of the stuff that caught my eye.

That’s right, after the success of the PS4 collection released last year, the remastered originals are now heading to the other current gen consoles early. Now, this isn’t as big a deal as the headlines make it sound. The original release date was July 10 and the new date is June 29, so it’s only a two-week advancement. That’s still something though, especially if you don’t own the original games (which still stand up, IMO) and a console to play them on. It is certainly worth noting however that, remastered or not, these are still games from the formative years of 3d platforming, so don’t expect them to feel as massive as some of the games of today.

The Switch has proven to be rather successful for Nintendo, offering a good balance between the gimmicky stuff that has become synonymous with recent Nintendo consoles and some larger scale games for those that want a return to seriousness. It’s not been without issues though, among them being that the default kickstand was not only flimsy but blocked access to the console’s charging point when using it to stand the console up. Nintendo are now looking to fix this though with a charging dock designed to offer a sturdier tabletop stand while also allowing for USB charging while you play.

I remember playing the original Half-Life when it was first released back in the 90’s. Though my experiences with Half-Life 2 were limited, I can well understand the desire for a third entry in the series. Both originals were very well received, after all. The thing is, it kinda started happening. Valve released Half-Life 2: Episode One and Two as expansion sequels, with a third allegedly in the works. Gabe Newell was quoted as saying that they should have been titled Half-Life 3: Episode One and Two though, which is part of why this latest news amounts to a third game. So, what’s happened? Well, when Valve writer Marc Laidlaw left the company, he confirmed that the game wouldn’t happen and released the plot synopsis for the unfinished game. Which brings us to now. Project Borealis is a fan project designed to turn the script into a workable game by using the Unreal Engine. Will they succeed? It’s too early to tell. Even putting aside development, there’s also the possibility of Valve claiming their intellectual property. Time will tell though!

We’ve had the NES and SNES mini. SEGA are putting out a Genesis/Mega Drive mini. There’s even a C64 mini. And now, SNK are joining the fray with the Neo Geo mini. Is it just another gimmicky attempt to grab onto some nostalgia? Of course it is. It does look cool though! The machine is housed in a mini arcade style cabinet and, as it’s being released for the company’s 40th anniversary, it contains 40 titles. The games look to be what you’d expect, with the usual suspects all present. Whether the aesthetics of the machine are enough to tempt people to part with their cash for games you can already pick up online on the Microsoft store remains to be seen, but if you don’t have them already, maybe this is a good chance to experience Metal Slug and the plethora of fighting classics?

Microsoft have announced the latest run of original Xbox games to make the backwards compatibility list. Titles include a swathe of Star Wars game, Conker: Live and Reloaded, Morrowind (The Elder Scrolls 3), Panzer Dragoon Orta, and SSX 3. Meanwhile, it was also confirmed that the 360 titles Red Dead Redemption, Portal 2 and Gears of War 2 will be getting One X enhancements.

And that does it for my gaming news round-up. Any thoughts on the stories above? Or did something else in the world of gaming catch your eye? Let me know in the comments below. 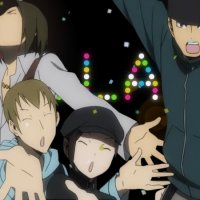